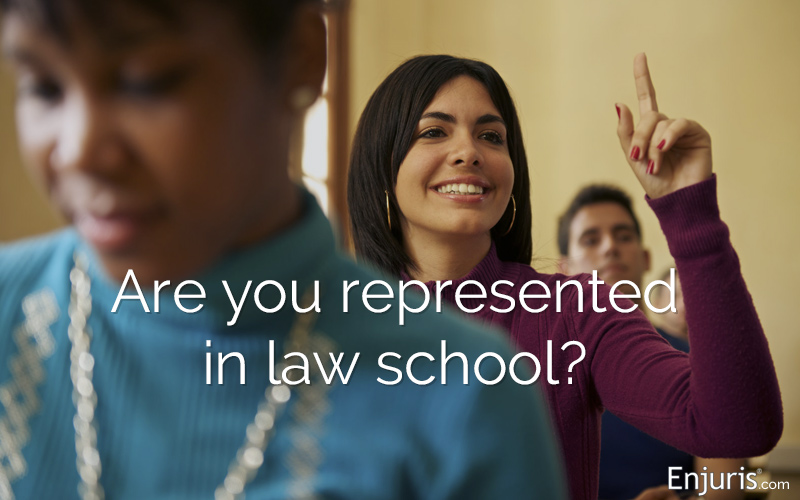 According to the most recent data collected by the American Bar Association (ABA), the 2019 law school class was less racially and ethnically diverse than the 2018 class.

Most troubling, Black enrollment decreased for the 4th consecutive year.

Here's a sampling of what we found:

Though enrollment numbers are similar to the previous year (historically underrepresented students made up 31.01% of the incoming 2019 class, compared to 31.21% in 2018), the new ABA data reveals that Black enrollment decreased more than any other race or ethnicity. This underscores the fact that even among people of color, Black students are consistently underrepresented in law school classrooms.

Some regions of the country seem to attract more minority law students than others.

Similarly, some law schools attract more racial and ethnic minorities than others. Here are the 10 law schools with the highest percentage of students identifying with each race and ethnicity recorded by the ABA Annual Questionnaire: 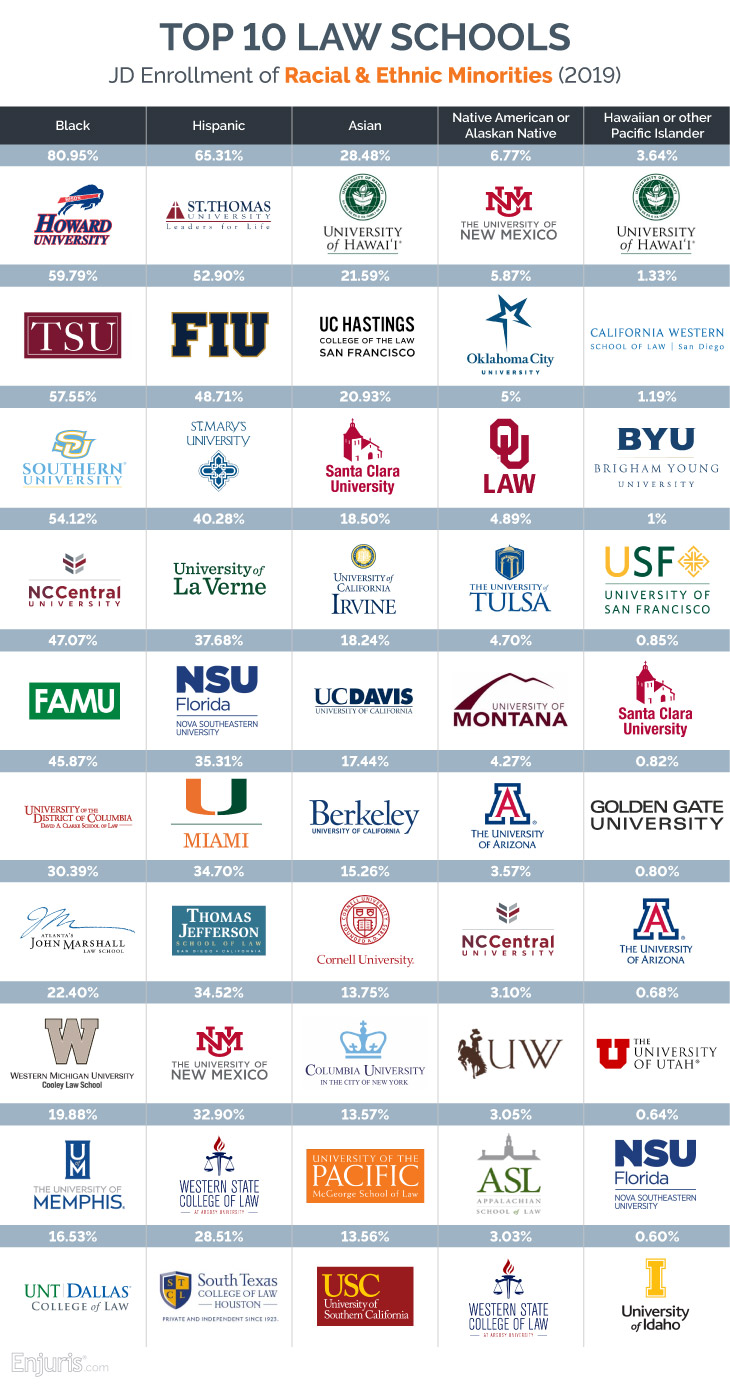 Conclusions on law school enrollment among racial and ethnic minorities

In general, this ABA data indicates that Blacks (followed by Hispanics) remain consistently underrepresented in law programs around the country.

Researchers attempting to understand the lack of Black students in law school classrooms have pointed to low enrollment and high attrition rates for Black students in college and law school, as well as LSAT scores that don’t match the scores of White students and other minorities.

Researchers have also pointed to studies showing that racial, ethnic, and cultural diversity in law school classrooms leads to better questions, analysis, and solutions, which translates to more just and intelligent lawyers.

To gain more insight into racial and ethnic demographics in law schools across the US, including which law schools struggle to attract minorities and what, if any, steps those schools are taking to increase minority enrollment, read our full report on Law School Enrollment by Race & Ethnicity.