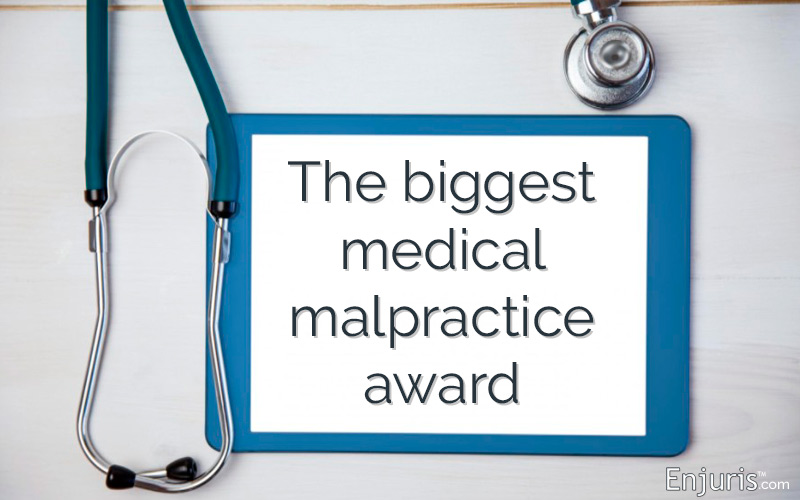 There have been many notable personal injury awards and judgments in recent years.

Medical malpractice cases are typically more difficult because this type of award is capped in some states. Colorado, for instance, instituted damage caps on medical malpractice cases so that the award cannot be larger than $1 million, and no more than $300,000 can be for pain and suffering. A jury might want to award $50 million for a botched surgery, but in Colorado, those damages would be reduced accordingly.

This means that there is no rhyme or reason to medical malpractice lawsuits. It also means you will never know when a truly explosive award will shake apart the legal landscape, which is exactly what happened recently in Detroit, Michigan.

A 17-year-old girl named Faith DeGrand was 10 years old when she was admitted to Detroit Medical Center for a routine scoliosis operation. The surgeon placed rods and screws in her spine to correct her spine’s curvature, but this in turn put pressure on her limbs, bowel and bladder.

She remained in agony for 10 days while her surgeon went on two separate vacations. Another doctor eventually intervened and removed the hardware, but the damage was done. Faith now suffers from quadriparesis (inability to control her arms and legs) and incontinence.

Seven years after her horrific injuries, Faith was awarded a record-setting $135 million by the jury, which took only two and a half hours to deliberate. The defendant (Detroit Medical Center and the two surgeons) claimed that Faith had a blood clot, which was the true cause of her injury, and they were helpless to do anything about it. However, Faith’s attorney pointed out that neither imaging nor medical records evidenced a blood clot.

Faith’s attorney, Geoffrey Fieger, told reporters that this was the “largest verdict in the United States for a single medical malpractice case.”

While the $135 million will go a long way considering the intensive long-term medical care that Faith will require, Fieger said this “doesn’t quite feel like a victory.”

This award, even though it’s not the largest ever for a general personal injury case, is certainly the new standard to reach now for individual medical malpractice cases.

What are your thoughts? Let us know below in the comments!