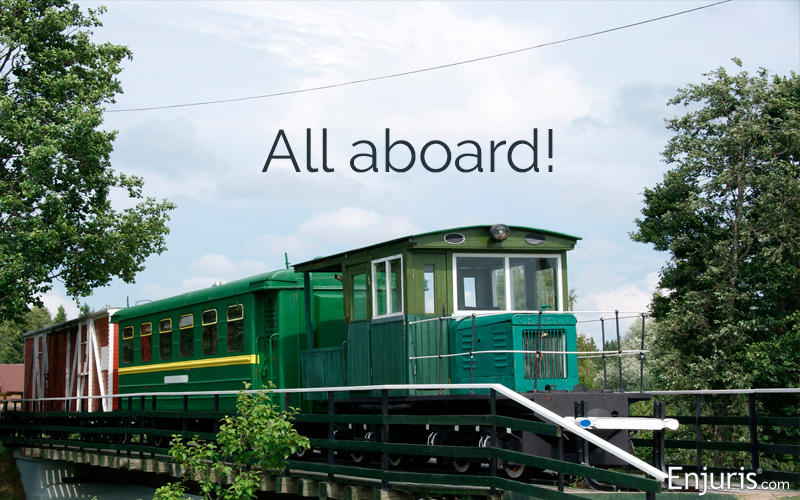 The last couple of decades have been relatively safe for rail travel, due in part to a recent reconfiguration of the tracks and various technological advancements. But, rail travel hasn’t always been safe. From derailments to head-on collisions, the 19th and 20th centuries were particularly deadly.

Here’s a look at the 5 deadliest train disasters in US history:.

On March 1, 1910, a wall of snow more than 14 feet high came loose and slammed into 2 passenger trains, dragging the trains 150 feet down into the Tye River Gorge. In all, 96 people were killed, making it the deadliest avalanche in US history.

Some good did come from the accident. The avalanche changed rail travel throughout the Cascade Mountain Range, and the Great Northern Railroad built massive concrete snowsheds over miles of tracks. Later, a tunnel was added to cover tracks at lower elevations.

On August 7, 1904, the No. 11 Missouri Pacific Flyer leaving Denver, Colorado, for St. Louis, Missouri, crossed a wooden trestle bridge. A flash flood struck and swept the train into the river.

The engineer had been warned about the weather and, though he slowed the train before crossing the bridge, it wasn’t enough to prevent the disaster. Of the 125 people who were on the train, 97 lost their lives.

On December 29, 1876, a Lake Shore and Michigan Southern Railway train was traveling with 11 railcars, 2 locomotives, and 159 passengers. While crossing a railroad bridge over a gorge of the Ashtabula River in Ashtabula, Ohio, the 11-year-old bridge collapsed.

As the train plummeted into the ice-cold water below, oil lamps and coal heating stoves ignited, setting the railcars on fire. Of the 159 passengers and crew, 98 were killed.

It was later determined that a faulty design caused the bridge to collapse. In fact, it can be said that the rail accident actually caused 100 deaths, as the 2 bridge designers committed suicide soon after the accident.

Head-on collisions are the sort of accidents that movies are made about. On July 9, 1918, 2 trains on the NC&StL railway line collided at 50 miles per hour on a stretch of road known as “Dutchman's Curve.”

Upon colliding, some passenger coaches “telescoped,” pushing through the cars ahead and destroying everything in their path. At least 101 people were killed, and thousands of children from the nearby Catholic Children’s Home witnessed the accident.

The cause of the accident was human error. Specifically, the engineer of 1 of the trains failed to adhere to the written right-of-way rules and, instead of pulling onto the side track to let the other train pass, continued full speed ahead on the main track.

All train crashes are tragic, but the Malbone Street Wreck is commonly considered the worst train crash in American history.

On November 1, 1918, a packed Brighton Beach-bound train was speeding through a tunnel under Brooklyn’s Malbone Street. As the train approached a curve designed to be taken at 6 miles per hour, the motorman kept the train at roughly 35 miles per hour. The train derailed, killing 102 people and injuring many more.

The cause of the accident was human error, attributed largely to the fact that the 25-year-old driver was inexperienced and only working due to the regular motormen being on strike.

Though no humans were killed, more than 100 show animals were killed when the train carrying Buffalo Bill Cody’s Wild West Show crashed into another train whose engineer believed Buffalo Bill’s train had already passed.

Cody’s favorite horse, “Old Pap,” died in the collision and Annie Oakley, the headliner for the show, suffered temporary paralysis.

If you’ve been injured in a train accident, don’t hesitate to reach out to an experienced personal injury attorney.