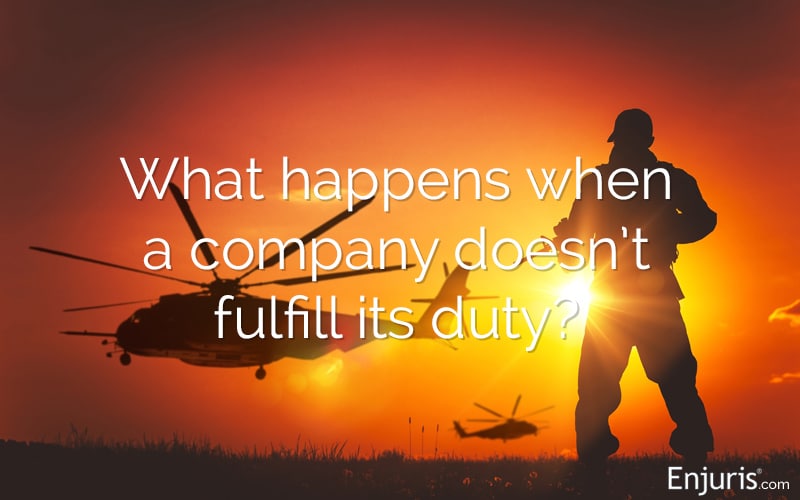 Is it too late to receive damages as a result of wearing 3M Combat Arms earplugs?

It might surprise you to learn that some of the most common injuries suffered by U.S. military personnel are not shrapnel wounds or broken bones, but rather noise-induced hearing loss.

As a result, the military has spent millions of dollars equipping service members with earplugs.

But what happens if the earplugs used by military members are defective?

The manufacturer of 3M Combat Arms earplugs recently found out the answer to this question: lawsuits, lots of lawsuits.

What are 3M Combat Arms earplugs?

From 2003-2012, the 3M Company was the exclusive supplier of Combat Arms earplugs to the U.S. military for use in training and combat.

Combat Arms earplugs provide 2 options for sound reduction depending on how a person wears them. Wearing the black-end in the ear blocks all sound, whereas wearing the yellow-end reduces loud noises (such as explosions) while allowing the wearer to hear quieter sounds (such as verbal orders).

What’s more, many veterans who score normally on hearing tests have trouble understanding speech as a result of an auditory processing disorder caused by blast exposure.

What problems are associated with 3M Combat Arms earplugs?

Hundreds of thousands of veterans wore Combat Arms earplugs from 2003 to 2012.

“The U.S. Marine Corps was so convinced of the effectiveness of the Combat Arms earplug that it ordered over 20,000 pairs, thereby temporarily depleting the entire national stock in 2003,” said D. Scott McElwain in the American Journal of Public Health.

Unfortunately, it was later discovered that the 3M Combat Arms earplugs allegedly had a design defect that caused the seal to loosen in the wearer’s ear. More specifically, when the earplug was inserted into the ear, the basal edge of the third flange of the non-inserted end would press against the wearers’ ear canals and fold back to its original shape. As a result, the seal became loose and the soldier was not protected from loud noises.

What’s more, the earplugs, which had been shortened to fit into military carrying cases, didn’t fit properly in many cases.

Have any lawsuits been filed based on 3M Combat Arms earplugs?

In 2018, the U.S. Department of Justice reached a $9.1 million settlement with the 3M Company to resolve allegations brought under the False Claims Act that 3M “knowingly sold the dual-ended Combat Arms Earplugs to the United States military without disclosing defects that hampered the effectiveness of the hearing protection device.”

However, none of that money went to service members who suffered hearing loss.

“That was for the fraud that 3M committed in selling defective earplugs to the U.S. military,” explained Bryan Aylstock, a Pensacola attorney. “They were selling these products for a huge profit to the U.S military for 15 years without telling them the truth about how the earplugs really worked and the defects that the company executives knew about.”

Recently, however, veterans across the country have begun filing individual lawsuits claiming that the earplugs were defective and that the defect caused damage to their hearing. More than 200,000 lawsuits against 3M Company are pending in Florida alone.

On December 10, 2021, a Florida federal jury reached a verdict in one of the first lawsuits filed against 3M Company.

The lawsuit, filed in April 2021, alleged that U.S. Army member Theodore Finely suffered bilateral tinnitus and noise-induced hearing loss after the 3M earplugs he wore failed to protect him from noise created by weapons, generators, mechanized vehicles, and helicopters.

Theodore was awarded $22.5 million in damages. The verdict will help provide the framework for future settlements and award requests.

Can I file a lawsuit against the 3M Company?

Generally speaking, you can file a lawsuit against the 3M Company if you meet all of the following criteria:

To be successful, you’ll need to establish the elements of a product liability lawsuit based on negligence or strict liability.

In a product liability case based on negligence, you must prove that:

In a product liability case based on strict liability, you must prove that:

What is the average payout for a 3M earplug lawsuit?

Although thousands of lawsuits have been filed, none of these lawsuits has been resolved to date. As a result, there’s no average payout for a 3M Combat Arms earplug lawsuit yet.

Predicting how much you can receive for your injuries is extremely difficult and depends on a host of factors, including the extent of your injury and the strength of your evidence.

Enjuris tip:You can estimate the value of your personal injury claim using a common formula.

How long do I have to file a lawsuit against the 3M Company?

Every state has a statute of limitations that limits the amount of time you have to file a lawsuit. In most states, this time limit is 1-4 years for personal injury claims. However, the clock generally doesn’t start ticking until you discover that your injury may be grounds for a lawsuit.

In most cases, you still have time to file a lawsuit, but you should meet with an attorney immediately.

How much will it cost to hire an attorney?

In personal injury cases like this, most attorneys work on a contingent fee basis. This means that you don’t owe anything unless and until you recover damages, at which point the attorney takes a certain percentage of the damages awarded (usually 15-35%).

How do I find an attorney?

If you suffered an injury as a result of using 3M Combat Arms earplugs, you should strongly consider reaching out to a personal injury attorney in your area as soon as possible. You can find one using our free online directory.