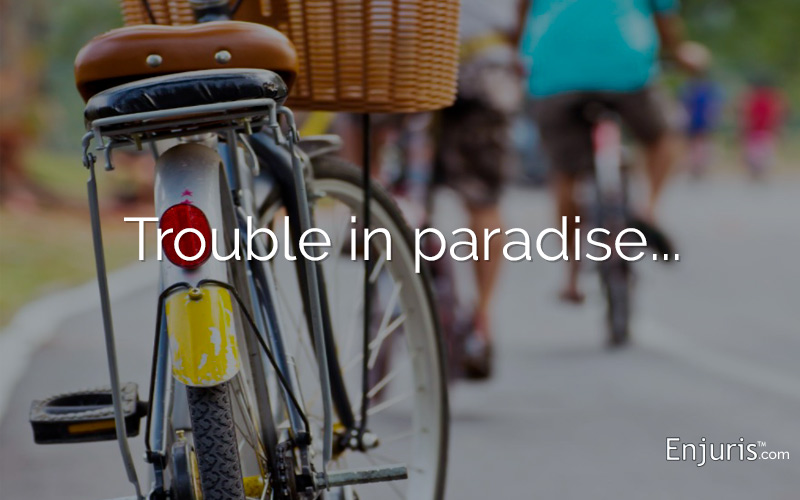 Just this year alone, Tampa, Florida was named the most dangerous city for bicyclists in America by the Wall Street Journal. This negative distinction was based on statistics provided by the National Highway Traffic Safety Administration (NHTSA).

"Pinellas County, Fla., has the highest cyclist death rate in the Tampa Bay metro area — which has the highest rate of any metro region in the U.S." says @WSJ Tweet this

Florida has roughly twice as many deaths related to bikes than any other state in the nation. California and Texas are the second and third highest for bike fatalities, but their numbers are far from matching Florida’s.

After Tampa Bay, three other Florida cities also topped the list: Orlando, Jacksonville, and Miami. In fact, 2016 proved to be the worst year for bike accidents involving a vehicle with the number of deaths rising 34% from 2010-2016.

According to Orlando Weekly, 2017 claimed the least amount of lives than the previous seven years:

The hope is obviously that this trend continues and bicyclists can begin to feel safer riding on Florida streets. But why are so many lives being lost to bike accidents in the first place?

How can cyclists and drivers prevent deadly accidents?

Experts who have studied Florida’s accidents, traffic patterns and roadways suggest several factors that contribute to the unusually high number of cyclist deaths in the Sunshine State. Here are the five most common reasons vehicles and cyclists collide:

Some of the ways to prevent these deadly accidents from happening are obvious, but others don’t necessarily have an easy fix. For example, raising awareness of the dangers of texting and driving has been something the nation as a whole has been striving to do in recent years.

Another common sense idea is to crack down on drunk driving and continue to encourage ride services like Uber and Lyft.

On the flip side, it’s much more difficult to find a solution for the pretty constant inundation of tourists to Florida that are unfamiliar with the roads and layout of cities. Florida receives 23% of its revenue and from tourism, so it’s not something that can be discouraged or limited without a major hit to the state’s revenue stream.

As both a cyclist and a driver, the best thing you can do is stay alert and share the road.

If you’re a victim of a bicycle accident in Florida, consider talking to an experienced attorney. In Tampa and Clearwater, look no further than our personal injury law firm. We offer free case evaluations to clients like you. Contact us today if you need help.

What are your thoughts on Florida’s issues with deadly accidents involving cyclists? What solutions might help to lessen the number of lives lost in the future?