Accident Help (Home) » Injury Blog » What if I was partly at fault in the accident? Do I have a case?

What are the modified comparative fault accident rules in Colorado? 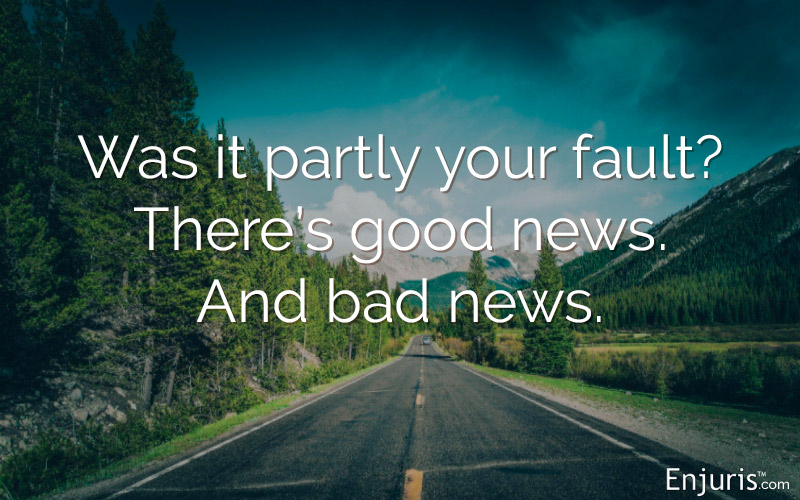 First, the bad news. If the accident in Colorado is your fault even a teensy bit, you’re not going to receive 100% of the compensation you would have otherwise.

But the good news is that you still could receive compensation (damages).

Here’s what you need to know. Let’s set the scene:

If you are in a Colorado auto accident and cannot reach a settlement out of court with the other driver, you may choose to file a personal injury lawsuit.

In the majority of these civil lawsuits, you as the plaintiff seek financial damages for your medical bills and other costs from the defendant - the person who allegedly caused the accident.

If you can prove that the other party caused the accident, you may win damages.

However, what if the court rules that you were partially at fault for the accident?

To determine fault in auto accidents and how much the injured party may receive, Colorado uses the rule called ‘modified comparative fault’.

(Read on for the simple explanation, or feel free to dig into our guide to Fault in Colorado Law.)

Under this rule of modified comparative fault, the jury must include in its verdict the following:

So, the total damages award you receive is reduced by the percentage of fault the judge or jury thinks is yours.

Assume that your car accident injuries for medical bills and pain and suffering are worth $100,000. However, the jury finds that you were 10% at fault for the accident.

Under Colorado’s modified comparative negligence rule, you receive 90% of the total damages, or $90,000. (The other $10,000 represents your part of the fault.)

If you are found to have been 50% or more at fault, you would be awarded no damages under Colorado law. This is known in Colorado as the 50% Bar Rule.

It is very important to understand Colorado’s modified comparative fault rule if you possibly bear any responsibility for the car accident in question. Your total recovery amount will be limited by your percentage of fault in the accident, as decided by the judge or jury.

It’s rules like this that really make it important to have a great personal injury attorney in your corner.