Accident Help (Home) » Injury Blog » How Does Colorado Test for Driving While High? 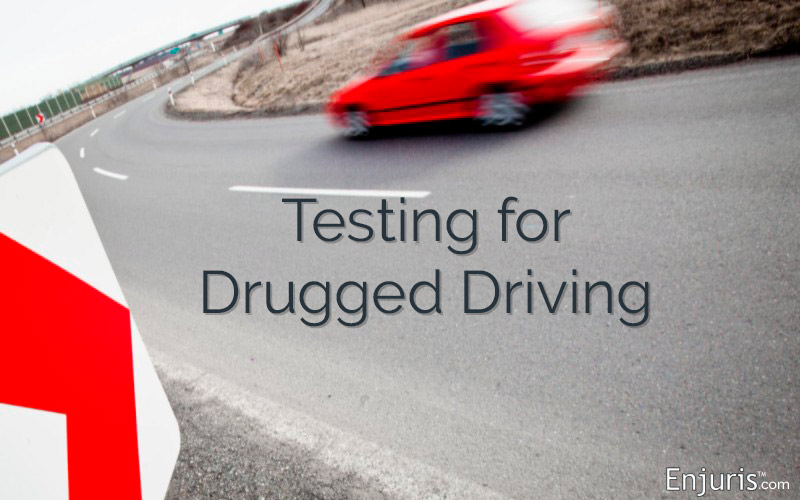 Table of Contents + show
What to do if you were hit by a driver under the influence
Colorado’s drugged driving statistics
Laws in Colorado regarding drugged driving
What if I think the driver who hit me was high?
More resources

Did you know there are now more marijuana dispensaries in Denver than Starbucks?

This seems to make a big difference in the state’s traffic statistics. Adult use of marijuana in Colorado was legalized in 2012, followed by recreational sales in 2014. However, transportation and public safety officials will not say that the increasing number of marijuana-related traffic fatalities “can be definitively linked to legalized marijuana.”

Why is that? Because THC, the main indicator of whether an individual was high, can be present in your body for weeks after use – even up to a month. When it comes to testing, driving while high is not the same as driving while drunk.

Did you know there are now more marijuana dispensaries in Denver than Starbucks? Tweet this

Police officials have not agreed on a scientific method that can be used to conclusively tell whether someone has just smoked prior to driving. There’s no method like, say, a Breathalyzer, which can immediately tell police someone’s blood alcohol content.

So how does Colorado test for driving while high? The answer is roadside impairment tests.

Police have been reduced to roadside impairment tests because of the fact that there is no agreed-upon chemical test. While there is a bodily limit in Colorado (five nanograms), a blood test does not say where or when that marijuana was consumed. Police can only judge by what they see, assuming impairment based upon walking in a straight line or reciting the alphabet.

To be arrested for driving under the influence of marijuana in Colorado, a driver needs to test positive for five nanograms of active tetrahydrocannabinol (THC).

However, police will arrest based on observed impairment if necessary. This applies even if it is medical marijuana, so don’t think that a prescription will keep you from getting cited for a DUI.

Passengers in the car are not allowed to have open containers of marijuana, either. Basically, Colorado police don’t want to see that there are broken seals on any bags, which would indicate that something might have been consumed in the car.

If someone in the car refuses to submit to a chemical test, driving privileges can be revoked and that individual could be labeled a “high-risk driver.” Consequences range from interlock devices to drug education classes, and these will be applied separately of a criminal conviction.

Laws in Colorado regarding drugged driving

When police officers think someone is driving while high, they can conduct blood tests to see how much THC is in their system. As we’ve established, Colorado's limit is 5 ng/ml of THC. Refusal to submit to a blood test means an automatic DUI or DWAI (driving while ability is impaired), along with a one-year revocation of a driver's license.

Here are the punishments for driving while impaired:

What if I think the driver who hit me was high?

While the driver being impaired wouldn't necessarily add to your damages, it does go to liability. Depending on how reckless the driver was, it might lead to punitive damages.

You should definitely speak with an experienced drug defense attorney who is versed in these laws. Consider sitting down with one of Enjuris’ Colorado attorneys.