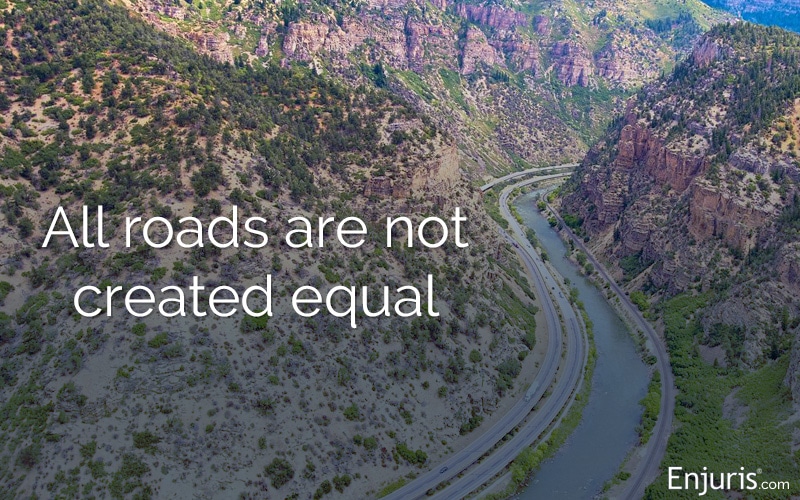 Traffic deaths are on the rise in Colorado.

Most car crashes in Colorado are the result of personal choices, such as the choice to drive while intoxicated or text and drive.

“It’s not infrastructure,” said Colorado Springs Police Department chief Vincent Niski when asked about the recent surge in traffic deaths. “It’s about a personal choice to run a red light.”

Nevertheless, some roads in Colorado seem to be significantly more dangerous than others.

In this blog post, we’ll explore why some roads may be more dangerous than others. We’ll also take a look at the 5 most dangerous roads in Colorado.

What makes a road dangerous?

Table of Contents + show
What makes a road dangerous?
5 most dangerous roads in Colorado

There are more than 100,000 car crashes in Colorado every year. Although the exact number varies from year to year, roughly half of all crashes are caused by something other than a “human factor.”

Non-human factors that can make roads dangerous and contribute to crashes include:

The owner of a road is responsible for maintaining the road and keeping it free from dangerous conditions.

In the United States, the vast majority of roads (77.4%) are owned by units of local government (such as a town, city, or county). Roughly 3% of roads are owned by the federal government, including roads in national forests and parks.

Generally speaking, the government is immune from liability in personal injury lawsuits. However, there is an exception when government employees or agencies are negligent.

If the government fails to maintain a road or fix a dangerous condition and an accident results because of the failure, the injured party may be able to sue the government for damages under the legal theory of negligence. The damages the injured party can recover include costs for medical bills, property damage, lost wages, and pain and suffering. 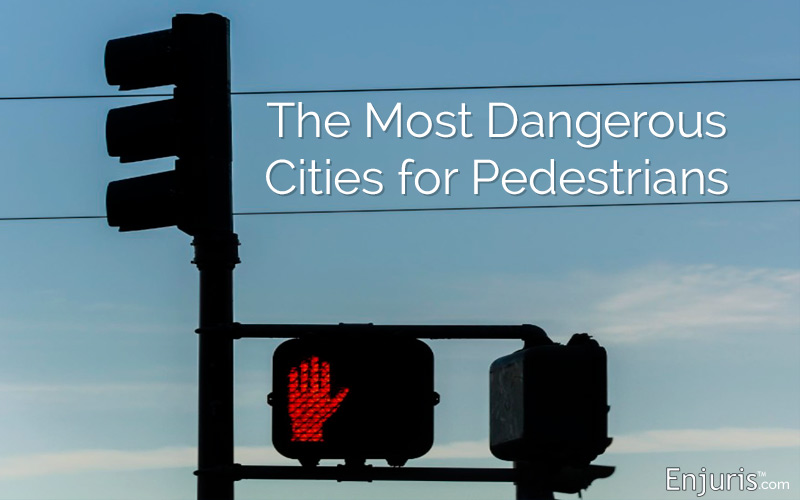 The most dangerous cities for pedestrians

Do you know which cities are the most dangerous for pedestrians? How many fatalities occurred last year when people tried to cross the street? Find out here

5 most dangerous roads in Colorado

U.S. Route 160, which runs east and west, enters the state near the Four Corners Monument in San Juan County, New Mexico, and exits the state through the town of Walsh, Colorado.

El Paso County saw the most fatal car accidents in Colorado in 2020, according to CDOT. Many of these accidents took place along Interstate 25 (also known as the “Valley Highway”), which runs 299 miles north and south and has some of the most dangerous intersections in the state.

I-25 offers majestic views of the Rocky Mountains between Denver and Colorado Springs, but unfortunately, blizzards and high winds along this stretch (particularly over Monument Hill in the Palmer Divide) are notorious for causing accidents during the winter months.

Denver County saw the 2nd most fatal car accidents in 2020, according to CDOT.

The most dangerous road in Denver County is Colfax Avenue, the main street that runs east and west through the Denver metropolitan area. At just over 50 miles in length, Colfax Avenue is known as the “longest continuous commercial street in America.”

Interstate 70 connects Grand Junction to Denver. The highway passes over the continental divide through the Loveland Pass, the highest point in the United States interstate highway system.

The stretch of highway is known for steep grades, razor turns, and treacherous winter conditions. Between 2017-2019, there were thousands of accidents and 21 fatal accidents along I-70 in Colorado.

Let’s end on a hopeful note.

The intersection of Highway 79 and 88th Avenue near the town of Bennett (east of Denver) was 1 of the most dangerous intersections in Colorado for years, as evident by the many roadside memorials which dot the intersection.

"There are too many lives that have been lost at this intersection," said Danell Kalcevic, who lives and works nearby. "The price in the loss of life has been tragic."

In 2019, government officials decided that enough was enough. CDOT worked with Adams County to install rumble strips and LED stop signs. The number of accidents plummeted.

"As a mom, I can’t fathom losing my daughter at an intersection like this. I’m thankful and hopeful that no other parents have to go through that," said Danell. "I actually cried tears of joy the first day I came down and saw the sign and felt the rumble bars. It was very emotional for me."

Is there a particularly dangerous road you’ve traveled in Colorado?

Tell us about your experiences below.

When you’re up against a corporation or insurance company with a workers’ compensation claim, insurance dispute or personal injury matter, you can be confident in the Colorado personal injury attorney representing you at The Babcock Law Firm. We’re well versed in the tactics big companies use to try to prevent you from receiving the settlement or benefits you deserve, and we are fully committed to helping people just like you fight and win cases. View our profile and visit our website today.