The Colorado Workers’ Compensation Act allows workers who are injured on the job to receive financial compensation without having to sue their employers.

On March 24, 2021, Senator Robert Rodriguez introduced a bill intended to give workers more autonomy over the treatment they receive under the Act.

In this blog post, I’ll take a look at the bill and the reasons the bill ultimately failed to become law. I’ll also explain the current law concerning an injured worker’s ability to choose their treating physician.

Table of Contents + show
What is Colorado Senate Bill 21-197?
Why didn’t SB21-197 pass?
Are injured workers allowed to select their treating physicians under Colorado law?

On March 24, 2021, Senate Bill 21-197 (SB21-197) was introduced by Senator Robert Rodriguez. The bill was sponsored by Representative Steve Woodrow and Representative Andrew Boesenecker.

The goal of SB21-197 was to allow injured workers to choose their own doctor for treatment related to their work-related injury covered by workers’ compensation.

Under SB21-197, an injured worker would be able to choose any level I or level II accredited physician on the Colorado Department of Labor and Employment’s accredited provider list.

Opponents of the bill warned that the bill would lead to higher costs for employers.

“We are very concerned about this legislation and about increasing workers’ comp premiums,” said Loren Furman, senior vice president of state and federal relations at the Colorado Chamber of Commerce.

Opponents argued that the bill would lead to higher costs in a couple of ways.

First, there’s currently a regulation that gives employers who “designate providers” a 2.5% credit against their premiums. If the employer is no longer able to provide a list of providers to the injured worker, the premium credit would disappear.

Second, opponents argue that the shift from in-network to out-of-network physicians could increase claim costs by as much as 11%.

Finally, some opponents expressed concern that the bill would allow injured workers to keep changing their doctors right up until they can go back to work.

Are injured workers allowed to select their treating physicians under Colorado law?

Under the current Colorado Workers’ Compensation Act, your employer is required to give you a list of up to 4 doctors (called the “designated provider list”) within 7 business days of you notifying your employer about your injury. You must choose 1 of the providers on the list. The doctor you choose is called the authorized treating physician (ATP).

Your ATP may refer you to other doctors or specialists, but the ATP will review and be responsible for your treatment.

If you choose to receive medical care from someone other than the ATP, it may result in nonpayment of medical benefits and you may be responsible for your own medical costs.

At The Babcock Law Firm, we ensure that our clients receive the best care possible. We’re disappointed SB21-197 didn’t pass because we believe injured workers should have the right to choose the doctors they trust and feel comfortable with.

What’s more, we believe that when an injured worker has the right to choose, there’s more accountability from the doctor. To put it simply, if a doctor doesn’t provide terrific service, they’ll be out of a job because workers will stop selecting them.

If your ATP is not meeting your needs, there may still be some legal steps you can take to switch providers. Talk to your workers’ compensation lawyer to review your options. 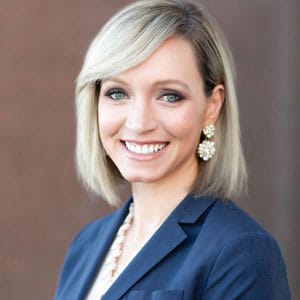