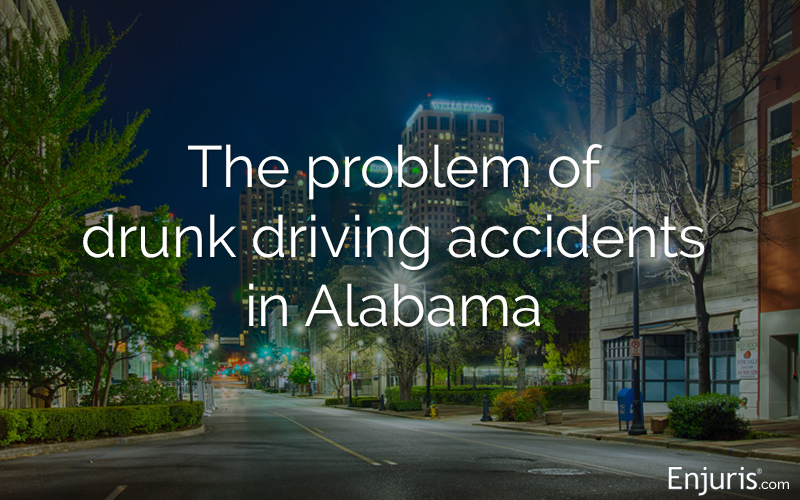 Answers to common questions like: How do I avoid a DUI in the Cotton State? Can I sue a drunk driver for damages?

Table of Contents + show
Answers to common questions like: How do I avoid a DUI in the Cotton State? Can I sue a drunk driver for damages?
What is the legal limit in Alabama?
What are the penalties for driving under the influence in Alabama?
Do I have to agree to a breathalyzer?
How to spot (and avoid) a drunk driver
How does a DUI impact a personal injury lawsuit?
Alabama dram shop law
Learn how Alabama defines “driving under the influence” and how a DUI conviction may impact your personal injury case.

Alabama has the 5th highest rate of impaired driving deaths in the United States.

The Cotton State has done its best to reduce this number by passing and enforcing tough penalties for driving under the influence (DUI).

In this article, we’ll take a look at Alabama’s DUI and dram shop laws, as well as how these laws may impact your personal injury claim if you or a loved one are injured by a drunk driver.

What is the legal limit in Alabama?

In Alabama, you can be charged with DUI if any of the following are true:

How much alcohol you can consume and safely operate a motor vehicle depends on a number of factors, including your height, weight, and the amount of food you consumed. The safest policy is not to drive after consuming any alcohol.

With that being said, here’s a very rough guide to help you determine when you should call a cab based on gender and bodyweight (since these qualities are key factors that can affect impairment): 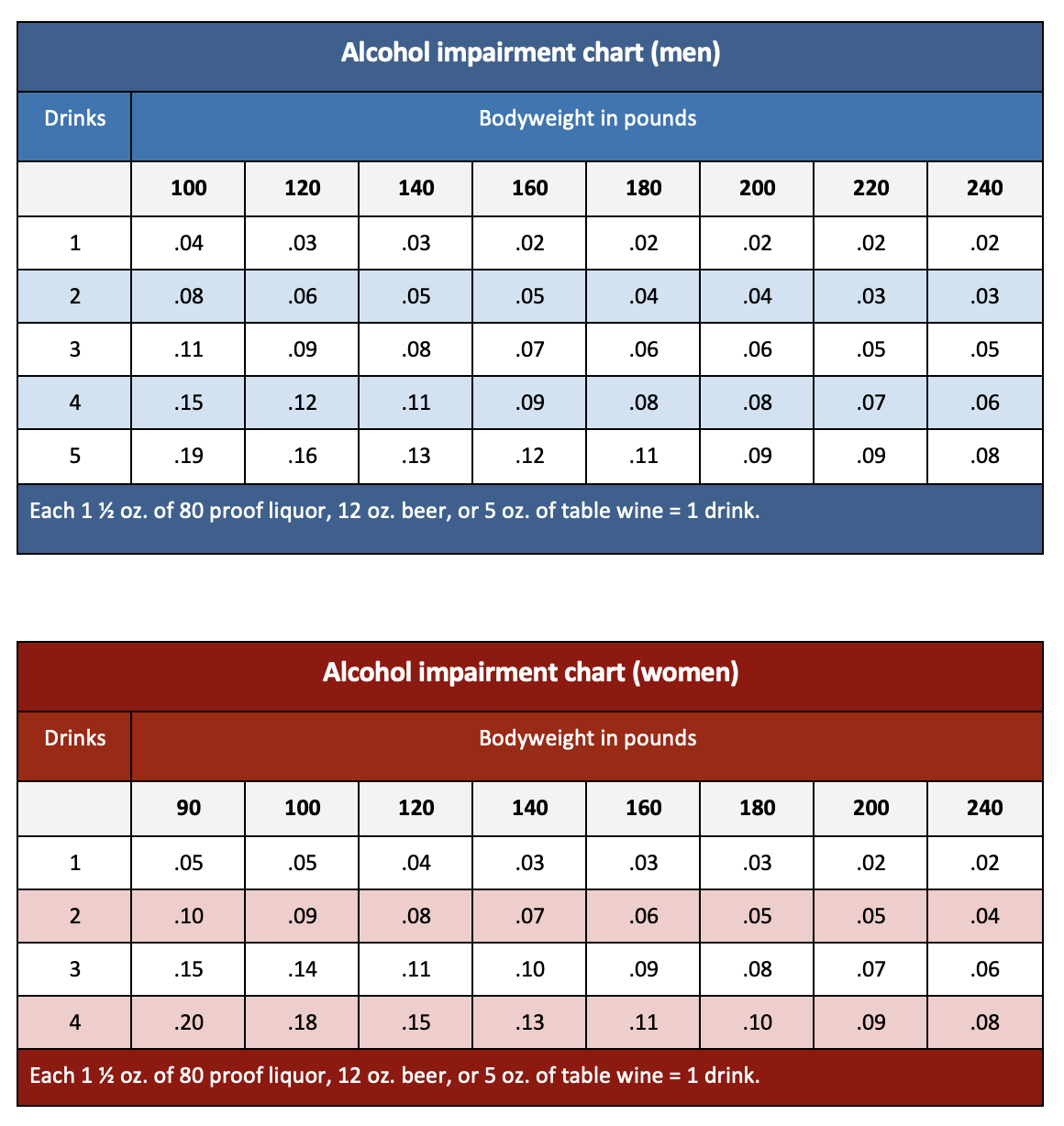 Evidence that may be used to support a decision that you’re driving while under the influence of alcohol or drugs may include:

What are the penalties for driving under the influence in Alabama?

The penalty for driving under the influence in Alabama depends, in large part, on how many convictions you’ve had within the last 10 years.

Here’s a look at the possible punishments:

Of course, these punishments don’t include the indirect cost of a DUI. For some people, a DUI may result in the loss of their job. For others who are involved in an accident that results in injury or death, the guilt is often the worst part.

In an article entitled "I Drove Drunk and Killed Three People"—originally published in the January 2005 issue of Cosmopolitan—author Nicole Lafreniere writes:

“The morning after the crash, I woke up in an intensive-care unit, hooked up to machines and monitors, with a 6-inch wound on my belly from emergency surgery. I remember seeing my friend Melissa come into focus, standing next to the bed. She looked devastated. ‘Nicole, not everyone is OK,’ she said softly, staring right into my eyes. ‘Not everyone is OK,’ she repeated.”

Do I have to agree to a breathalyzer?

Alabama's implied consent law states that any person who operates a vehicle within the state is deemed to have consented to a blood, breath, or urine test to measure BAC so long as that person is lawfully arrested for an offense.

If the driver refuses, their license will be immediately suspended for at least 90 days. What’s more, the fact that the driver refused the test can be used against them in any future DUI trial.

How to spot (and avoid) a drunk driver

Mothers Against Drunk Driving (MADD) has compiled some common signs of driving while under the influence to help you spot a drunk driver:

If you spot a drunk driver, pull over or safely distance yourself from the driver. Once you’re safe, call the police and report the drunk driver. Be prepared to tell the police the location of the driver, as well as any identifying information (make and model of vehicle, license plate number, etc.).

How does a DUI impact a personal injury lawsuit?

If you’re involved in a car accident caused by a drunk driver, you have 3 options to recover damages:

In all of the situations above, you’ll need to prove that the drunk driver caused the accident in order to recover damages. If the driver received a DUI, then you’ll probably have an easier time proving liability but there are no guarantees. It’s certainly possible for a sober driver to cause an accident with a drunk driver.

Enjuris tip:If liability is contested, you may need to hire a personal injury attorney to help develop and prove your case.

Alabama’s dram shop law can be found in Alabama Code Section 6-5-71. In short, the law holds that a person or establishment (restaurant, bar, etc.) can be held liable for damages caused by an intoxicated person if the following 3 things can be proven:

Let’s look at a couple of examples:

Henry is a student at the University of Alabama. He meets some friends at the Tide Tavern near campus and proceeds to drink several beers. Although he is visibly intoxicated (slurring his words and stumbling up to the bar), the bartender continues to serve him.

Despite urging from his friends, Henry refuses a cab and drives home. On the way home, he hits a pedestrian at a crosswalk and kills her.

In the above example, the family of the deceased pedestrian would be able to file a wrongful death lawsuit against the Tide Tavern (as well as against Henry) under Alabama’s dram shop law.

Lucinda allows her 16-year-old daughter, Emily, to have a party at her house. Wanting to be considered a “cool” mother, she purchases a keg for the underage partygoers.

Emily’s best friend Allison has too much to drink at the party and runs a red light on the way home. She collides with a vehicle driven by Marcus, who suffers a serious brain injury as a result of the accident.

In the above example, Marcus would be able to file a personal injury lawsuit against Allison, as well as Emily’s mother Lucinda, under Alabama’s dram shop law.

If you were involved in an accident with a drunk driver, protect your legal rights by contacting an Alabama personal injury attorney using our free online directory.