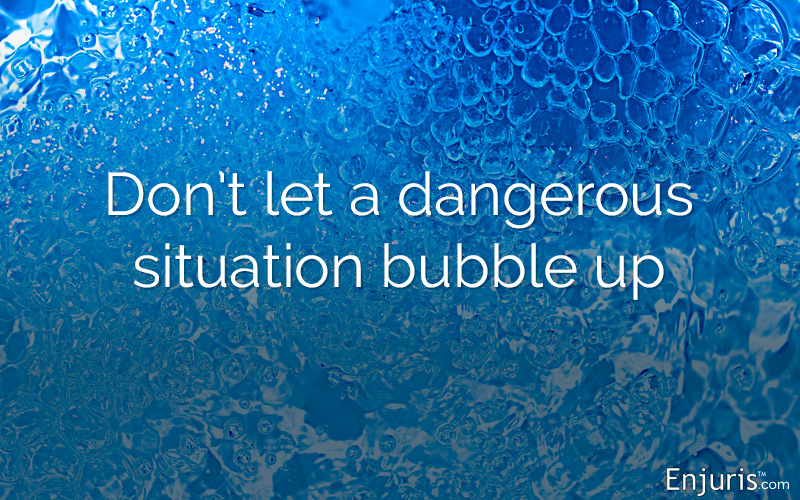 Hazmat trucks carry toxic substances and products, and if one spills on the road or is released into the air, it can mean catastrophe.

Table of Contents + show
Hazmat trucks carry toxic substances and products, and if one spills on the road or is released into the air, it can mean catastrophe.
Types of materials transported by hazmat trucks
Injuries caused by hazmat truck accidents
Getting help after a truck accident
You might think you’re doing fine after a truck accident — and you feel lucky to have walked away with only minor injuries. But think again. If that truck was carrying a toxic gas or other substance that was released into the air, you might have other concerns.

A truck accident is almost always a life-threatening scenario. Because a semi-truck can weigh 30,000 pounds or more (compared to a passenger car that averages 3,000 to 4,000 pounds), people in cars are often severely injured or killed if they’re involved in a truck accident.

But even worse than your “average” truck accident is one that involves a truck carrying hazardous cargo — also known as hazmat trucks.

In The News: In 2016, a truck carrying airbag inflators in Quemado, Texas, exploded... with tragic consequences. An accident in the middle of the night left nearby residents shaken when they heard what sounded like a bomb. Two people in a passing vehicle were injured, and a woman was killed in her house from the fire. In fact, the 14,000 cylinders of airbag propellant caused such an intense explosion that there were broken windows and roof holes in homes 2 miles away.

A tractor trailer is a truck that hauls items like furniture, food products, construction materials, or any other solid. If the cargo is loaded and secured properly, it should be stable within the trailer. If the truck gets into an accident and its cargo spills on the road, it might be a mess to clean up, but it’s not going to cause harm from exposure to fumes or other toxins.

A hazmat truck, or tanker, on the other hand, carries liquid or gas cargo, or flammable or explosive solids.

The Federal Motor Carrier Safety Administration (FMCSA) sets forth 9 classes of hazardous materials. These classes should be marked by a visor card on all four sides of the vehicle transporting the substance:

Class 1: Explosives
This includes anything that could create an explosion, become projectiles, blasting agents, or detonating devices. 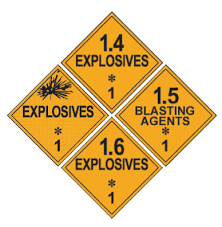 Class 2: Gases
Flammable and non-flammable compressed gas, including toxic gases are included within this category. 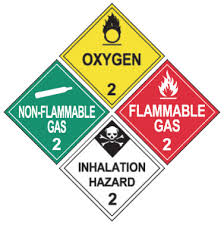 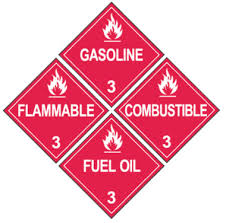 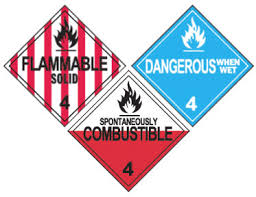 Class 5: Oxidizers and organic peroxides
These chemical compounds enhance the burning of other materials. 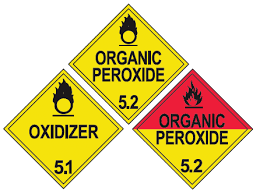 The most dangerous infectious substances for humans are Bacillus anthracis (anthrax), Escherichia coli (verotoxigenic), Hepatitis B virus, Marburg virus, and Mycobacterium tuberculosis. For animals, the most dangerous are African swine fever virus, foot and mouth disease virus, and Sheep-pox virus. 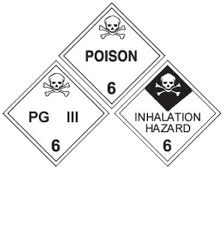 Class 7: Radioactive materials
A radioactive spill could affect the environment and nearby residents for years, decades, or centuries. Any material that’s considered radioactive requires special handling and management. 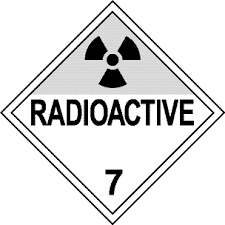 Class 8: Corrosive materials
This class includes strong acid or base materials that can quickly burn and corrode. 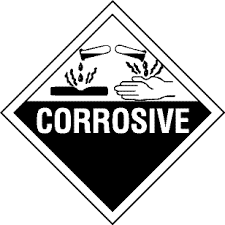 Class 9: Miscellaneous
This is a catch-all for any substance that’s hazardous but doesn’t fall into any of the other categories. Lithium batteries are one example. Chances are you have lithium batteries in your home — they’re commonly found in mobile phones, cameras, and other consumer electronics. When handled correctly, they’re not a hazard. They generate a large amount of energy and are highly flammable and explosive under certain conditions.

Dry ice forms carbon dioxide gas, which then lowers the percentage of oxygen in the air. That’s why, in some circumstances, it could actually cause a person to asphyxiate. 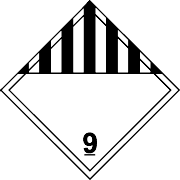 Trucking companies need to follow very specific federal regulations when hauling hazardous cargo. These guidelines are designed to ensure that the cargo will remain safe, even in the event of an accident. However, there are various types of truck accidents, and no amount of safety planning can account for every situation.

In The News: In another scary situation, a trucker was killed in a large explosion when he was hauling a load of ammonium nitrate in south Arkansas. His truck brakes caught fire, and the trucker tried to extinguish the blaze. The explosion left a 15-foot deep crater in the highway and leveled trees nearby. The trucker was trying to help people nearby to safety, but he was killed and 3 firefighters were injured at the scene.

Truck accident injuries can be severe and life-changing. Many accidents between a passenger car and a big rig result in harm that includes traumatic brain injury, spinal cord injury, amputation, and a range of other medical conditions.

When an accident involves a hazmat truck, the injuries might be completely different.

Substances like gasoline and propane can ignite and cause an explosion or fire that causes burns or fatalities. Not only does this affect the vehicles directly involved, but it can also harm other people anywhere in the immediate area, along with the first responders on the scene.

A burn injury caused by touching something hot could be mild and contained to the skin. But a burn from an explosion or vehicle fire is more likely to be a 3rd degree burn, or one that leads to permanent disfigurement or death.

Next time you’re on the highway, look closely at the big rigs you pass. You’ll probably see that many have pipes underneath or on the sides of the trucks. These are called wet lines. A wet line is the pipe used to load the fuel on and off the truck. There can be up to 30 to 50 gallons of fuel that remain in those lines when the truck is in motion.

These wet lines are on the exterior of the vehicle, which means that in the event of a collision, there’s a good chance that a car can hit a wet line. If that happens, the gas can spill onto the road and other vehicles. Gas on pavement is slippery. If gas spills suddenly, you could easily lose control of your car. The other cars around you can also lose control, which leads to the possibility of a multi-vehicle pileup.

If 50 gallons of gasoline spill onto the road, it can create a fire of up to 5,000 square feet. In other words, the “leftover” gas contained only in that wet line on the side of a truck could cause a devastating fire with millions of dollars in damages, severe injuries, or fatalities.

One of the primary dangers associated with gaseous toxins is that once it’s in the air, it can’t be contained. Depending on the wind and climate, a fumes can travel miles from the accident site.

Exposure to toxic gas can lead to temporary irritation to the skin and eyes, and also long-term and untreatable respiratory and neurological conditions. Depending on the type of gas, saturation of the air, and climate, it could affect people at close range or even people in their homes far away.

Enjuris tip: Have you experienced a toxic tort? A toxin is any substance in the air, soil, or water that causes injury. If you've been injured by toxins through home, workplace, or environmental exposure, you might be able to file a lawsuit to recover for your injuries. Read more about toxic torts and what to do if you're affected.

Getting help after a truck accident

In a truck accident, however, there are several parties. Even if you were partially at fault for the crash, others may be partly to blame such as the driver, the trucking company, a manufacturer of truck parts, or the shipper of the hazardous materials. It doesn’t have to be your job to figure out who’s who and how they contributed to the accident. Leave this up to your truck accident lawyer.

A truck accident lawyer will do several things:

In a catastrophic accident, the trucking company might not have enough insurance coverage for the extent of your damages, especially if multiple people were severely injured or killed. That’s why you need a lawyer to get what you deserve.

Consider using the Enjuris Personal Injury Law Firm Directory as your starting point to get a lawyer who’ll get you what you deserve.