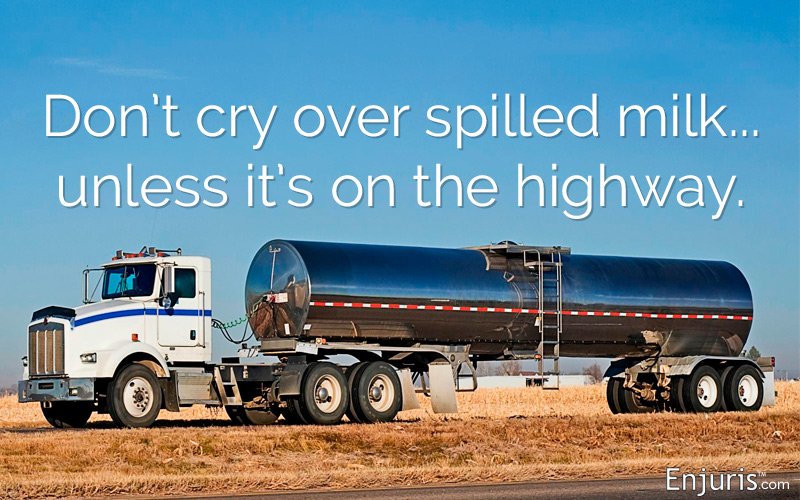 Whether it’s a spill, a sudden braking, or a too-wide turn, truck accidents happen every day.

A truck accident often has more serious consequences than a collision between passenger cars. A big rig with loaded cargo can weigh 80,000 pounds or more, as opposed to the average car that weighs 3,000 to 4,000 pounds.

But weight and speed aren’t the only causes of truck accidents. The amount of time trucks spend on the road, their proportions, and specific maintenance requirements also play a role in how a truck operates.

Understanding various types of truck accidents can help you anticipate a problem on the road and hopefully avoid it. 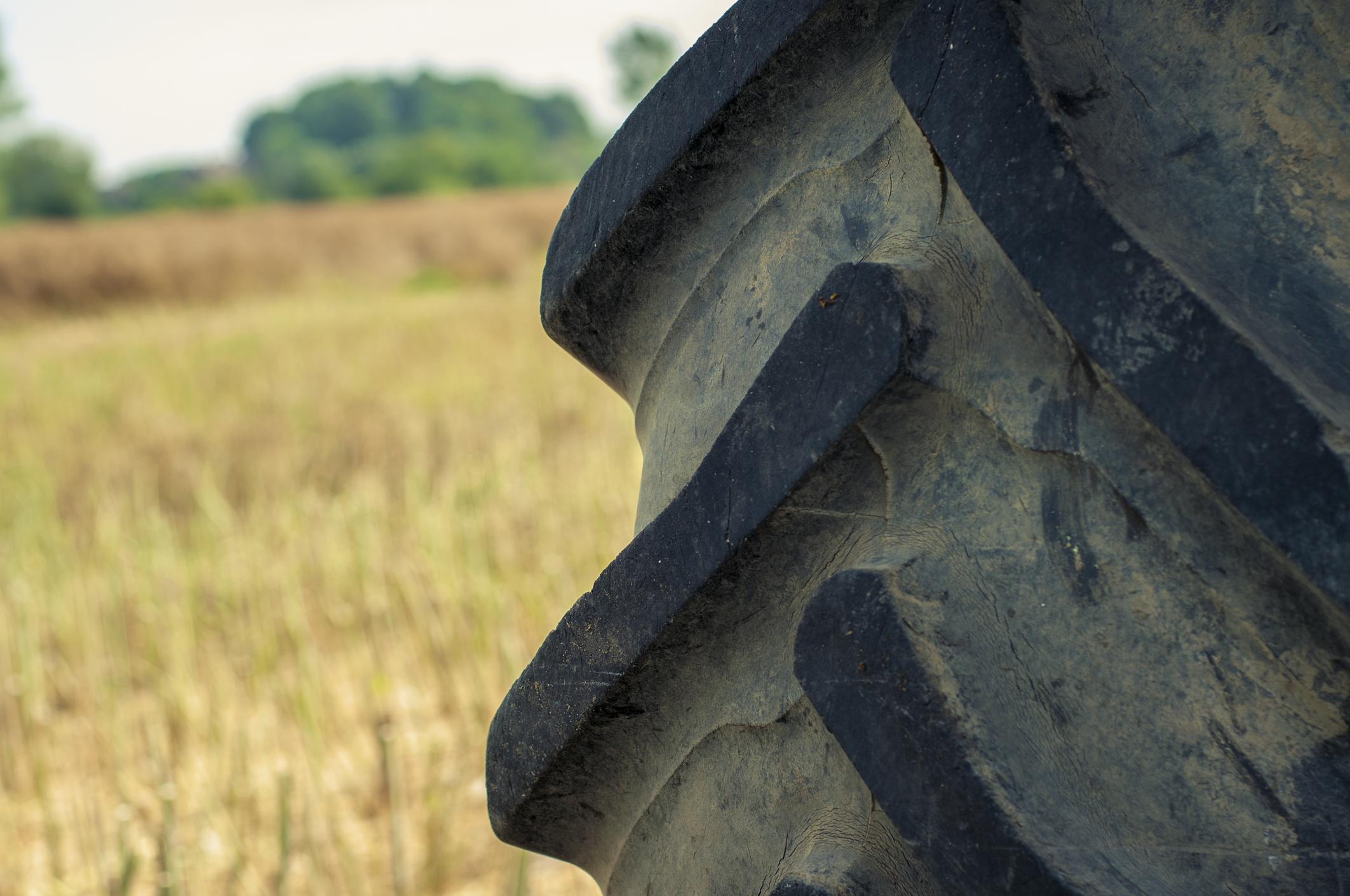 You’re driving on the highway and see a chunk of rubber tire in the road or on the shoulder. You know right away that it means a truck had a tire blowout. But why does it happen? And did it lead to an accident?

A tire blowout is a dangerous situation. For one thing, it can happen at any time. Also, it can cause both the truck driver and other vehicle drivers nearby to react in unpredictable ways.

What happens if a truck driver loses control of their vehicle because of a tire blowout?

One way to protect yourself from being involved in a truck accident caused by a tire blowout is to avoid driving alongside a truck for any longer than necessary. If the truck has a tire blowout, flying debris can hit your car windshield, which could cause you to lose control of the car. Or it could land in the middle of the lane, which might require you to make a sudden swerve.

An airborne piece of tire can fly faster than you think. You might not have enough time to get out of the way before it hits your car, and it could shatter your windshield on impact.

A tire blowout happens when there’s a cut or break in the tire, or if there’s a small puncture that causes the tire to gradually lose air over time. There are several reasons why a tire blowout might happen:

A trucker must check for signs that a tire is likely to blow out by performing routine maintenance and looking for: 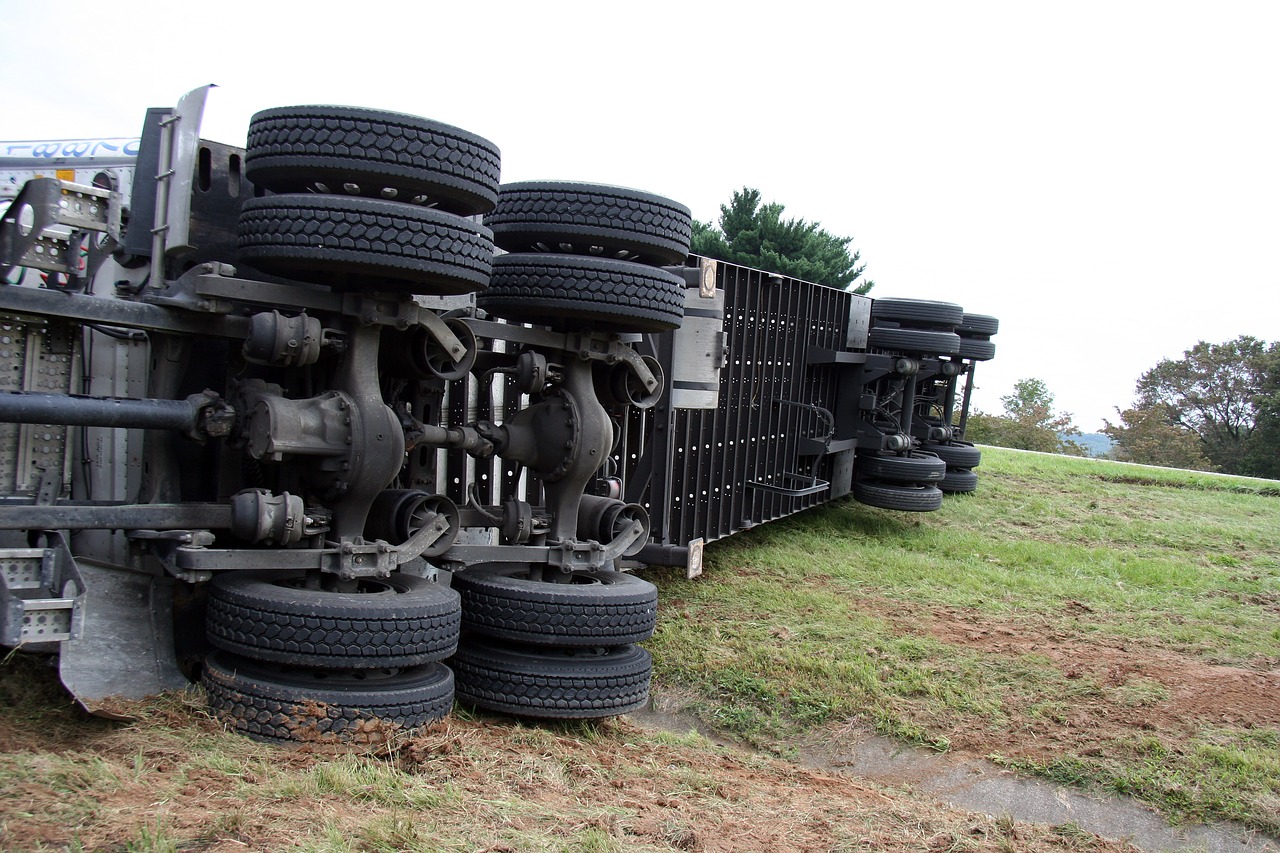 A truck rollover accident is scary for anyone nearby because they’re common and often tragic. You’ve probably driven past the aftermath of a rollover accident. Sometimes they happen because a trucker took an exit ramp or turn too fast, but they can also be the result of other factors like a poorly weighted truck.

The most common causes of rollover truck accidents are:

What’s the difference between a “tripped” vs. an “untripped” rollover accident?

A tripped rollover is when something outside the truck causes it to roll over. This type of rollover can be because of the truck hit a guardrail, another vehicle, or some other object on the road.

An untripped rollover is usually caused by a fast or poorly maneuvered turn. If a truck is top-heavy or the cargo is not weighted evenly, the truck can roll. 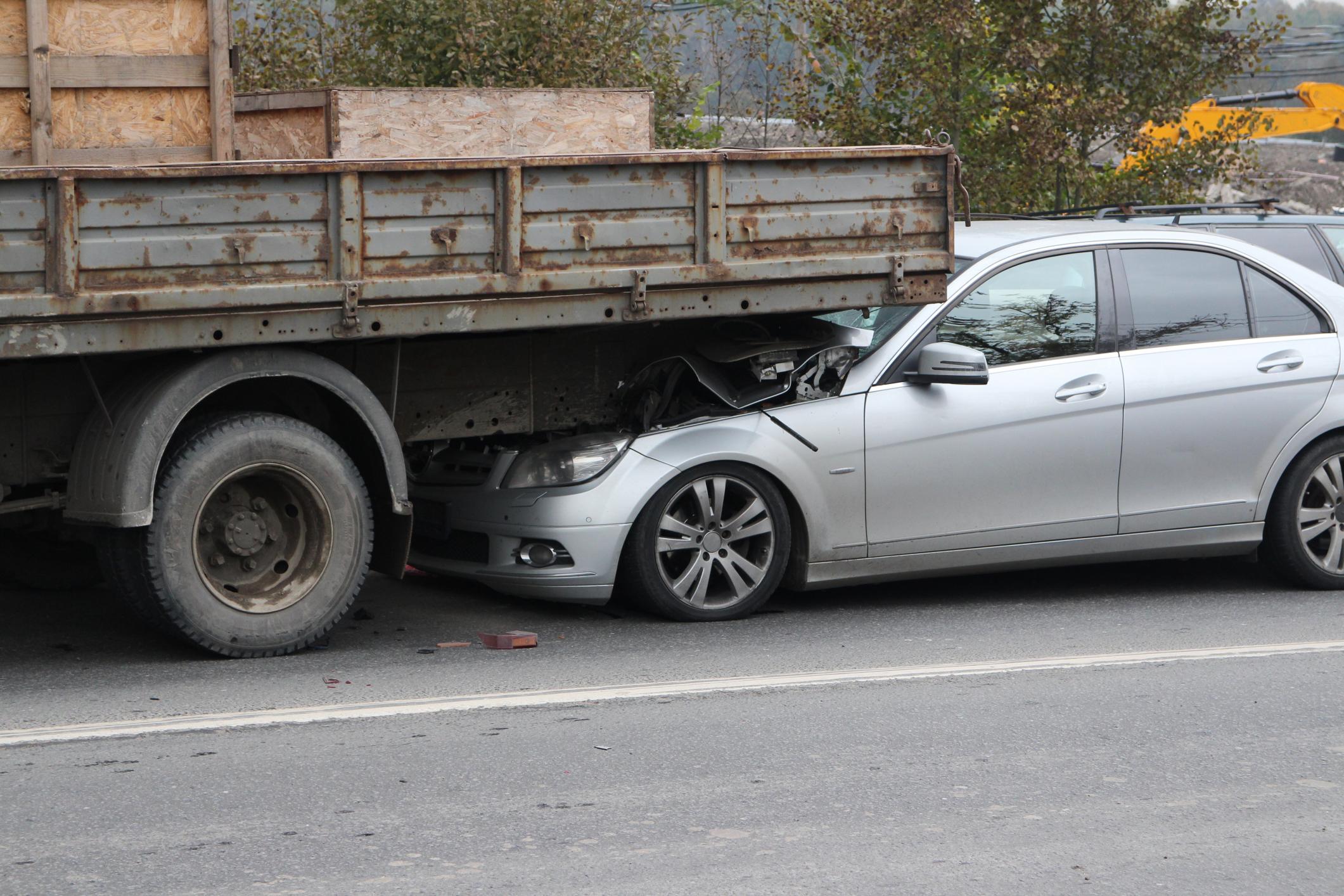 An underride accident occurs when a passenger car collides with a truck from the rear or side, and slides underneath the truck. Because the truck is so much higher than the car, the front and top of the car could be crushed. This type of accident often leads to serious injury or fatality.

Many trucks have an underride guard, which is a metal barrier designed to prevent a smaller car from sliding underneath. However, an underride guard may not be strong enough to withstand the impact in a collision.

In The News: Four federal lawmakers have introduced legislation aimed at preventing underride crashes. The law, if passed, would require all tractor-trailers to be equipped with an underride guard on the sides and front. Opponents say that underride guards aren’t proven to increase safety, and this requirement would pose economic hardship for smaller trucking businesses.

What causes an underride accident?

An underride accident could be caused by: 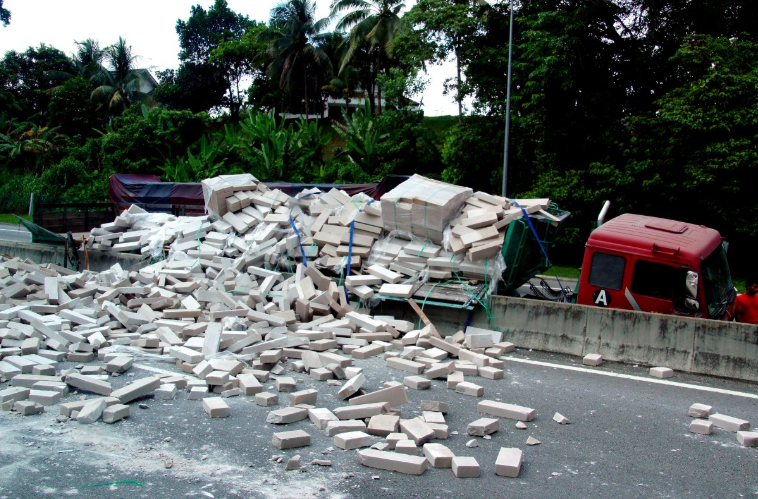 Federal regulations have a variety of requirements for cargo loading for ground transportation. In general, any cargo must be firmly immobile and secure on a truck using appropriate restraints based on the weight and type of cargo and the truck. That’s one reason why you see weigh stations and scales along the highway. Each trucking company must ensure that a load passes federal regulations.

There are even more regulations when it comes to hazardous cargo like nitrogen, gasoline, or other substances. When an accident involves a truck carrying a substance that could be toxic for nearby drivers or residents, either by breathing fumes or exposure through soil or water, there are even more considerations than the people immediately injured.

This is how unsecured loads can contribute to truck accidents:

In The News: A truck crash in Menasha, Wisconsin left 4 people injured and 3 vehicles damaged. A milk truck overturned, and the local fire and public works departments had to spend 3 hours cleaning up the spill.

There are some cases of unsecured loads that aren’t caused by commercial trucks. They can be caused by other drivers who are traveling with unsecured furniture or appliances, items that aren’t properly secured to a roof rack that come loose, or a tow trailer that separates from the vehicle.

Still, fallen truck cargo can include raw materials like lumber or sheet metal, or any kind of consumer goods. Really, anything can be dangerous if it’s in the road and doesn’t belong there.

Facing factsThe AAA Foundation for Traffic Safety reported that in a 3-year period, there were more than 200,000 crashes, 39,000 injuries, and more than 500 deaths from debris in roadways. Nearly 37% of all deaths in these crashes was from the driver swerving to avoid hitting debris in the road.

This scary incident happened in South Florida a few years ago:

A woman was driving behind a truck carrying a load of portable toilets. Two of the toilet chambers flew off the back of the truck and split apart when they hit the road. A piece went through the woman’s windshield. She tried to avoid the rest of the flying metal and plastic, but she died after her car hit a tree head-on after she tried to avoid more debris. 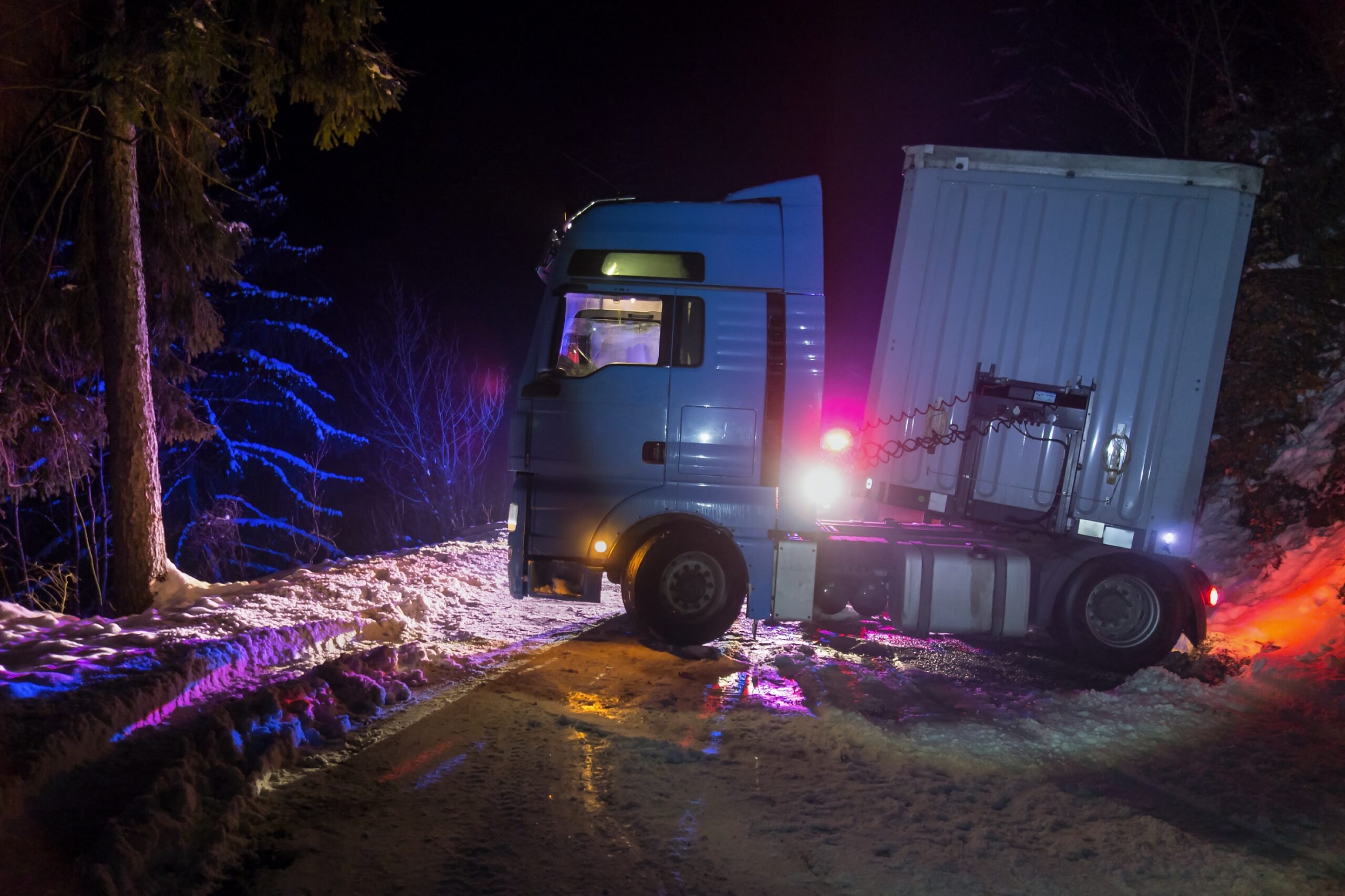 A big rig or 18-wheeler usually consists of a cab and a trailer. “Jackknifing” is when those two parts fold at the joint. In other words, something causes the back of the tractor-trailer to swing forward, which creates a sharp angle between the cab and the rear. When that happens, the truck is facing two different directions.

When this happens, the driver no longer has control of the movement of the trailer. A car could easily become swept under the swinging trailer, and there’s either a collision or the car could be wedged underneath in an underride-type situation.

A jackknife accident could be caused by:

Often, a jackknife accident happens because of a combination of high speed and steep angles or turns. This causes cargo to shift, which creates an imbalance of weight. The other likely scenario for a jackknife accident is slippery roads. Even a small skid can cause a large truck to jackknife.

Often, being involved in a truck accident is simply bad luck — being in the wrong place at the wrong time. But there are a few ways that you can protect yourself by being a defensive driver.

First, never engage in distracted driving. That means avoiding your phone — whether it’s for texting, finding music or podcasts, or even relying on your GPS — the phone is always a distraction. If you need GPS directions, use an audible app so that you have spoken instructions and don’t need to turn your eyes to the screen.

Even a hands-free phone or device is dangerous!

You might think a phone conversation is no different from talking with a passenger, and people do that all the time with no trouble. But it isn’t the same.

When you have a passenger, that person sees and hears the same external things going on around you as you’re seeing and hearing as the driver.

If there’s a siren approaching from behind and you might need to pull over, or if the cars ahead suddenly stops, your passenger will automatically pause the conversation in anticipation of what’s about to happen. But if the person is on the phone, they’re still talking. Then, you’re still trying to focus on your phone call, and it pulls attention away from what’s going on outside.

Distracted driving includes any other task that you might be doing, too. Eating can be a distraction, as can noisy passengers. Stay focused, and stay safe.

Second, one of the best things you can do for yourself to minimize your risk of a truck accident is to leave plenty of space between your vehicle and a truck on the road. That means plenty of room ahead if you’re following a truck and passing quickly without lingering alongside.

The more space you allow, the more time you have to react if you need to stop or swerve quickly.

What to do if you’ve been in a truck accident

Something all types of truck accident have in common is that there can be several factors that affect liability. You might think the accident is purely driver error, but it’s rarely that straightforward. Sometimes, even if there’s driver error, liability might be shared with an employment company, trucking company, or even the manufacturer of the truck or some of its parts.

The Enjuris Personal Injury Law Firm Directory is your source to find a truck accident lawyer to represent you to get what you deserve in compensation.