Tylenol (acetaminophen) has been a go-to over-the-counter medication for expectant women for years. Now, studies have begun to show that it might not be as safe as we thought.

Table of Contents + show
Tylenol (acetaminophen) has been a go-to over-the-counter medication for expectant women for years. Now, studies have begun to show that it might not be as safe as we thought.
New research into links between Tylenol and autism
Tylenol autism lawsuits
More to discover on Enjuris:

In 2022, about 1 in 44 children is identified as having an autism spectrum disorder (ASD).

Clearly, something has changed over the years that affects the number of children with autism.

Parents, doctors and educators are forever searching to find a reason why so many children are being diagnosed with this condition. They’ve considered whether it’s because of environmental factors, the fact that many adults have children older than a generation ago, or something entirely different.

Researcher Rachel Burr Gerrard writes that she believes the issue is social, not biological. She says that there is a rise in diagnosis and documentation, but not necessarily an increase in the incidences of ASD.

A once-popular theory that vaccines could cause autism has been debunked; the researcher who promoted this was discredited and it’s been determined that his study was critically flawed.

Now, a new theory is emerging and with it is a class-action lawsuit against the manufacturer of Tylenol, a popular over-the-counter pain medication and fever reducer.

New research into links between Tylenol and autism

A group of 91 medical experts contributed to an article in the journal Nature Reviews Endocrinology in 2021 that warned about the use of acetaminophen in pregnancy.

Researchers conducted 29 studies of more than 220,000 mother-baby pairs. They found that prenatal exposure to acetaminophen can alter fetal development and increase the risk of neurodevelopmental disorders that include autism.

The studies concluded that extended Tylenol use during pregnancy leads to a 20% increase in the risk of autism. Women who took more Tylenol (i.e. for a longer period of time or more frequently) during pregnancy tended to be more likely to have a baby with autism.

In The News:In 2017, Montana (along with 42 other states) reached a settlement with Johnson & Johnson over the contamination of several drugs, including Tylenol, St. Joseph aspirin, Benadryl, Rolaids, and Motrin.

On June 2, 2022, Michelle Maguire filed a lawsuit on her own behalf and on behalf of her son against Walmart, associated with its manufacture of store-brand acetaminophen.

Maguire claimed that she took acetaminophen (the generic form of Tylenol) during her pregnancy in 1999. She says she took it three times daily in her third trimester to ease pain and headaches. Maguire said she believed that acetaminophen was safe during pregnancy and there was no warning on the label or in the store that would indicate otherwise. Her son was diagnosed with autism at 10 years old and has limited functioning.

The lawsuit says that acetaminophen is marketed as the “safest, and the only appropriate” pain reliever for pregnant women, and it claims that the medicine actually could interfere with fetal brain development, resulting in autism.

How does a class-action lawsuit work?

A class-action lawsuit is one claim for many plaintiffs who have similar complaints.

There is one case before one jury—in this case, it’s Maguire v. Walmart. However, there are members of the “class” who’ve suffered a similar injury. When a verdict is reached, the award is split among each of the plaintiffs. 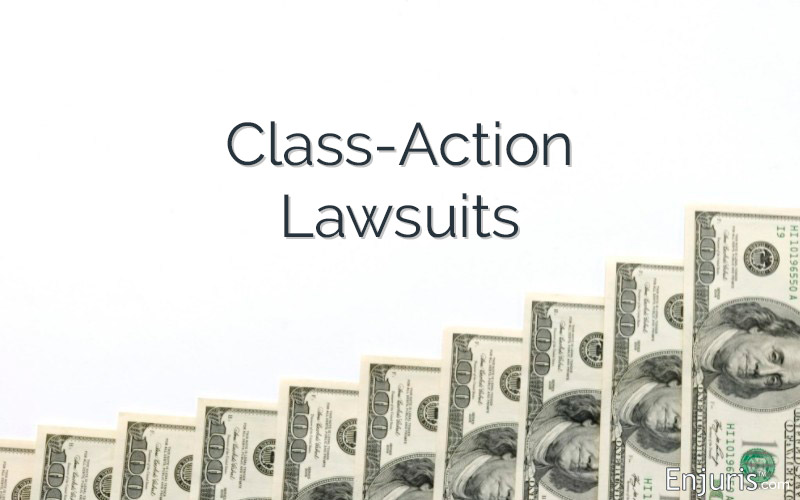 Understanding the ins and outs of class action lawsuits

How does joining a class-action lawsuit affect your chances of winning a case? Does it mean smaller awards for each plaintiff? Do you have other choices?

The lawsuit claims that the defendants were involved in development labeling and store brand sales of acetaminophen, and that the product caused disrupted fetal development and autism in the plaintiff’s unborn child.

We don’t know what comes next for Tylenol autism lawsuits or for families of children who could be affected by prenatal Tylenol use.

Lawsuits continue to be filed alleging that the makers of acetaminophen have ignored evidence that its use during pregnancy could cause autism or Attention-Deficit Hyperactivity Disorder (ADHD).

If you’re pregnant, you should consult your doctor before taking any prescription or over-the-counter medication.

If your child has been diagnosed with a condition that could be related to Tylenol use during your pregnancy, you can consult a personal injury lawyer for guidance. You could be eligible to join a class action lawsuit.

More to discover on Enjuris: