Parenting can be extremely stressful. Unfortunately for some parents, this stress begins at birth.

According to the National Institutes of Health (NIH), roughly 2 out of every 1,000 children suffer an injury at birth (sometimes called a "birth trauma").

Parents of children who suffer birth injuries have legal options. But before you file a lawsuit, it's important to understand the difference between a birth injury and a birth defect, the proof necessary to establish a successful claim, and the amount of time you have to file a lawsuit.

Let's take a closer look at birth injuries in Pennsylvania.

In order to fully understand birth injuries, it's important to know the difference between a birth injury and a birth defect.

When is a healthcare professional liable for a birth injury in Pennsylvania?

A birth injury claim is a type of medical malpractice claim. Accordingly, to establish that a healthcare professional is liable for a birth injury, you need to prove that:

To put it another way:

Real Life Example: Laura White arrived at Community Medical Center in Scranton, Pennsylvania after experiencing abdominal pain and was promptly hooked up to a fetal monitoring system. The fetal monitoring system showed that Laura's unborn child was in distress.A nurse contacted Dr. Richard Behlke, but the doctor didn't arrive for approximately 2 hours. Even after his arrival, the doctor made attempts to induce labor rather than perform an emergency cesarean section.

Laura filed a lawsuit on behalf of her child in Lackawanna County. Laura's lawyer successfully argued that Dr. Behlke failed to exercise the degree of care and skill expected of a reasonable healthcare provider when he took 2 hours to get to the hospital and attempted to induce labor rather than perform an emergency cesarean section. Laura's lawyers were also able to establish that it was Dr. Behlke's actions (or inactions) that caused the child's cerebral palsy.

The court issued a plaintiff's verdict for $20.5 million.

How do I prove a birth injury?

The main focus of birth injury cases is generally on what the healthcare provider should have done in a specific set of circumstances.

Because jurors don't usually have medical degrees, plaintiffs in Pennsylvania birth injury cases are required by law to present testimony from at least 1 expert witness to establish the applicable standard of care, the deviation from that standard, causation, and the extent of the birth injury.

Enjuris tip: Although you're not required to do so, hiring an attorney for your birth injury case is a good idea. An experienced attorney can retain the necessary expert witnesses, and depose the healthcare providers involved in the labor and delivery.

What damages are available in a Pennsylvania birth injury case?

Birth injury lawsuits are generally filed by the parent on behalf of the injured child. As a result, when damages are awarded, they're typically placed in a trust to prevent the parent from spending the money on someone other than the child.

Unlike many states, Pennsylvania does NOT place a cap on the amount of economic and non-economic damages you can recover in a birth injury lawsuit. Tweet this

Economic damages are established by medical bills and expert witnesses who testify as to future expenses.

Real Life Example: Christina Late arrived at Keystone Women's Health Center in the early stages of labor. Although her condition was normal, her physician immediately employed forceps despite the fact that they were unnecessary and that they increased the risk of injury to the unborn child.Expert witnesses testified that the physician deviated from the standard of care by using forceps for delivery when the fetal heart tracings remained normal.

Christina's child suffered a number of injuries stemming from the use of forceps, including multiple skull fractures, pervasive bleeding in the brain, and severe destruction to the cerebellum and brainstem. Experts testified that the injured child "has and will continue to have significant deficits in social, emotional, motor, and cognitive function over his lifetime" and that he will require ongoing care and support with little hope for improvement.

Statute of limitations - how long do I have to file a birth injury claim?

There's a limit to the amount of time you have to file a lawsuit. This time limit (called the statute of limitations) varies by state and type of case.

There are 2 primary reasons for limiting the amount of time you have to file a lawsuit:

In Pennsylvania, the statute of limitations for medical malpractice cases is 2 years. However, if the injured person is under the age of 18 at the time of the incident that causes the injury, the 2-year clock won't start running until the person turns 18.

A child injured by a birth injury has until the age of 20 to file a lawsuit.

If the lawsuit is not filed before the child turns 20, the court will refuse to hear the case and the right to compensation will be lost forever.

What steps should you take following a birth injury?

The moments following a birth injury can be chaotic and overwhelming, but there are some simple steps you should take:

Need help finding an experienced birth injury attorney near you? Use our free online directory. 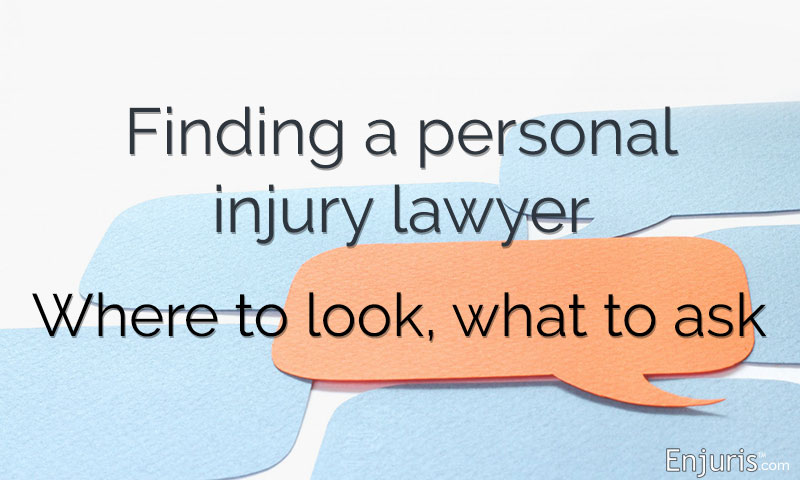