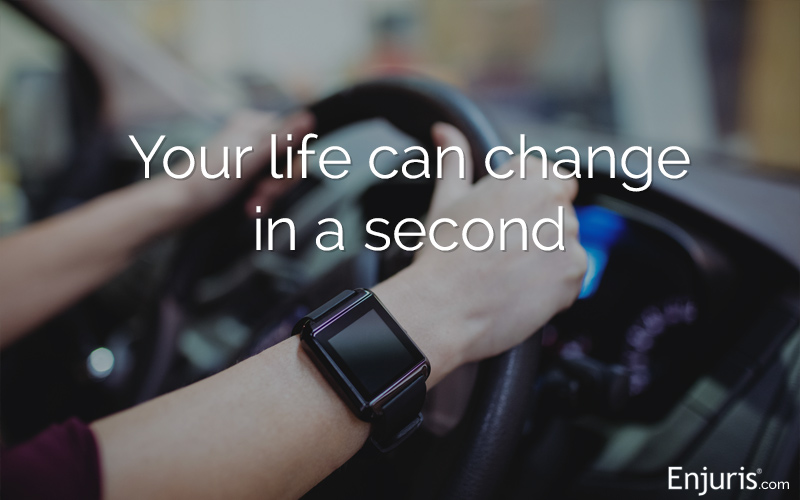 What are the laws concerning the use of smartphones and other potential distractions while operating a vehicle in the Buckeye State?

Drivers have faced distractions ever since the first American gasoline-powered vehicle was built by John William Lambert in Ohio City, Ohio more than a century ago. However, the rapid growth of technology—particularly the invention of smartphones, which allow us to access the internet on the go—has made distracted driving a bigger problem than ever before.

Driving while texting, or eating, or dialing a phone should be as culturally unacceptable as drunk driving is today," said Ohio Governor Mike DeWine. “When drivers choose to do anything that distracts them from paying full attention to the road, they choose to risk their own lives, the lives of their passengers, and the lives of everyone else around them.”

According to the National Highway Traffic Safety Administration (NHTSA), approximately 9 people are killed every day across the United States in crashes reported to involve a distracted driver.

In Ohio, 52 people died and 508 were seriously injured as a result of distracted-driving crashes in 2018. Since 2013, the number of accidents involving distracted drivers, as well as the seriousness of the accidents, has risen steadily.

Though these numbers are alarming, distracted driving is vastly underreported because it’s difficult to prove unless a police officer sees it or a driver admits to it.

A recent report published by the Ohio Distracted Driving Task Force explains that there are 3 recognized types of driver distractions:

Multiple studies have shown that distracted driving significantly increases the risk of a crash. For example, a study by the Virginia Tech Transportation Institute found that engaging in visual-manual tasks, such as reaching for a phone, triples a driver’s risk of a crash.

Using a smartphone while driving triples your risk of a crash. In Ohio, there were 13,867 crashes involving distracted driving in 2018. Tweet this

What’s more, studies have shown that a driver talking on a mobile phone will look but fail to see up to 50% of the information in their driving environment. This phenomenon is called “inattention blindness,” and it occurs when the brain shifts between the task of driving and using a mobile or smartphone.

Facing factsAccording to the NHTSA, the average visual interaction with an electronic device takes your eyes off the road for approximately 5 seconds. At 55 miles per hour, that equates to driving the length of an entire football field with your eyes closed!

In Ohio, it’s illegal for any driver to text while driving.

Additionally, if an Ohio driver violates some other traffic offense (such as operating a vehicle outside marked lanes or running a red light) and the officer determines that the driver was “distracted” in some way at the time of the offense (whether it be from operating an electronic device, eating, or applying makeup), the driver will be subject to a fine of up to $100 on top of the fine for the underlying offense.

Critics of Ohio’s distracted driving laws point out that the laws are confusing and almost impossible to enforce. Nevertheless, some officers, such as Officer Keith Conner in Columbus, Ohio, have made a point to try to enforce the law.

In The News: Officer Conner issued his 900th ticket for distracted driving in February 2020. He hopes to save lives by reducing the number of distracted drivers.

How distracted driving affects liability in an Ohio car accident

Under Ohio law, a driver is negligent if they fail to use reasonable care and someone is harmed because of that failure.

When a driver causes a car accident because they were distracted (e.g., they were texting and driving or applying makeup while driving), the driver is negligent and responsible for paying the damages caused by the accident.

If you’ve been in an accident with a distracted driver, you will have to prove that the driver was distracted so that you can recover damages. Here are some steps you can take following an accident to accomplish this goal:

Here are some resources to help you find an attorney near you and prepare for your first meeting: