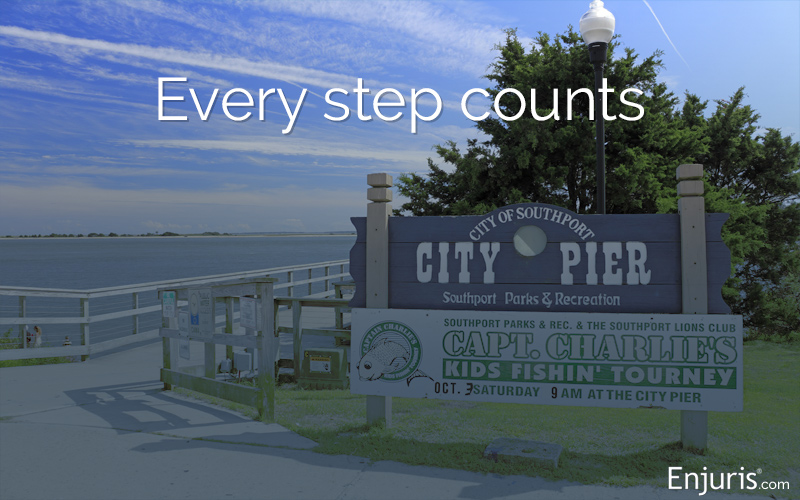 How, what, why, and when to file a personal injury claim in the Tar Heel State

Table of Contents + show
How, what, why, and when to file a personal injury claim in the Tar Heel State
Step 1: Prepare for your first meeting with your lawyer
Step 2: Send a demand package
Step 3: File a complaint
Step 4: Discovery
Step 5: Alternative dispute resolution
Step 6: Pretrial conference
Step 7: Trial
Step 8: Appeal
Step 9: Judgment
Proving who was negligent and how much you’re owed in damages after an injury isn’t the only part of a successful lawsuit. Although those are 2 of the main elements for a legal claim, there’s a lot of procedure to be followed in order to be successful. Here are the nuts and bolts of the North Carolina civil lawsuit process.

If you’re injured, afraid, struggling, and perhaps feeling the weight of medical bills, lost earnings, and other expenses related to an accident, you’re probably looking for a solution.

North Carolina’s civil courts offer ways to recover costs from a personal injury accident. The best way to approach legal recovery is to consult a personal injury lawyer in your area, but it can be helpful to understand how the court system works before you pursue a lawsuit.

Enjuris tip: These resources offer tips for how to find the North Carolina lawyer who’s best for your case:

The North Carolina courts all operate within a statewide system. You would generally file a claim in the county where you live. How the case moves through the court system largely depends on the amount of damages you’re seeking to recover.

For most North Carolina tort lawsuits, the statute of limitations is 3 years. That means you have 3 years from the date of your injury to file a claim.

Here are the steps for filing a North Carolina lawsuit:

Step 1: Prepare for your first meeting with your lawyer

Most personal injury lawyers offer a free consultation. At that meeting, you’ll share the details of your case, what your injuries are, whatever information you have to identify potential defendants and your related costs. The lawyer will evaluate this information and discuss with you whether or not they believe you have a claim and how they’d approach recovering damages.

Going into this initial meeting, you want to be prepared with any documents, bills, medical records, and evidence that’s relevant to your claim.

Enjuris tip: Find out how to prepare for your first meeting, including a printable checklist.

While most of the following steps will be carried out by your lawyer, you might wish to “follow along” and understand the lawsuit process as your lawyer is going through it on your behalf.

After you’ve met with your attorney and they’ve had the opportunity to conduct an investigation and review evidence, they might put together a demand package (sometimes called a “settlement offer”) to submit to the opposing party’s lawyer or the insurance company.

Enjuris tip:
Most lawyers will make their best effort to settle a claim before trial. A trial is costly and time-consuming for both the lawyer and the client. In most circumstances, an out-of-court settlement is a better way to resolve an issue because it saves everyone time and money.

The demand package will generally have 2 components:

The purpose of the demand package is to give the other party an opportunity to settle the case without incurring the additional time and expense associated with filing a lawsuit.

Upon receipt of the demand package, the other side will do 1 of 3 things:

A lawsuit moves through the court system by a series of document filings or pleadings. A pleading is a formal written statement that presents a party’s position in a lawsuit, such as their claims or defenses.

A complaint initiates a lawsuit by explaining the grounds for the claim and setting forth your injuries and damages, as well as naming defendants. Once the complaint is filed, the court clerk will issue a summons, which provides notice to the defendant that they’re being sued.

There are 3 things that could happen at this point:

Discovery is how both parties’ attorneys obtain evidence from each other. In other words, it’s an exchange of legal information and facts of a case. Each party is required to disclose (make known) certain evidence.

Aside from helping a lawyer to create their strategy for trying a case, discovery can also provide important information that a lawyer needs in order to determine whether it’s necessary to continue toward trial or if they might be able to negotiate a settlement.

Every case filed in North Carolina is required to attempt alternative dispute resolution, which is a process of arbitration or mediation.

Mediation is when an impartial third-party mediator acts as a referee to the dispute and works with both parties to reach an agreement. While the parties ultimately come to their own solution, the mediator helps with communication and negotiation along the way. The process is completely voluntary and if an agreement isn’t reached, the parties may then proceed to trial if they wish.

In most cases, the judge will call both parties to a conference a week or 2 before trial in order to discuss related matters.

Often, the goal of a pretrial conference is to pinpoint any outstanding issues that might create delays, and also to see if the parties are able to reach a settlement and avoid trial.

On TV and in movies, the trial is the most dramatic part of the legal system. And, in lots of ways, that’s true in real life — it’s the time when each party, with their attorney, faces each other and the judge or jury.

Each party starts by making an opening statement. The plaintiff generally has the burden of proof, which means they must prove each element of the claim by presenting their evidence. In order to be successful, a plaintiff must show that it’s more likely than not that the defendant was negligent and that the defendant’s negligence was the cause of the plaintiff’s injuries.

The defense will try to poke holes in the plaintiff’s evidence, usually by cross-examining witnesses. The defense also has the opportunity to present their version of the facts and evidence and the plaintiffs can present a rebuttal (or disagree with what the defense has shown).

Each party makes a closing statement to summarize their evidence and theories about what happened and how it should be resolved. The judge or jury hands down a verdict, which is the resolution in the case.

The North Carolina Supreme Court and the Court of Appeals consider questions of law on appeal. They can overturn a trial court’s verdict only if there was an error in legal proceedings or if the court interpreted the law incorrectly. They do not review questions of fact.

In other words, just because you disagree with a verdict doesn’t necessarily mean you have the right to appeal. But if you think something was handled improperly by any of the parties or the court, or there was a mistake of law, you might be eligible for an appeal.

If the court enters a judgment in your favor, your lawyer will go through the process of collecting and distributing the funds to you.

The defendant’s financial status and other factors can affect this process, but the judge and your lawyer will manage how this happens.

The court system can be complicated, and there are a lot of rules and deadlines. A good personal injury lawyer can make all the difference in the world. It’s also important to work with a lawyer who knows the laws of your state.

Looking for the right representation? You can use the free Enjuris law firm directory to find a North Carolina lawyer near you who will be the best person to handle your lawsuit.