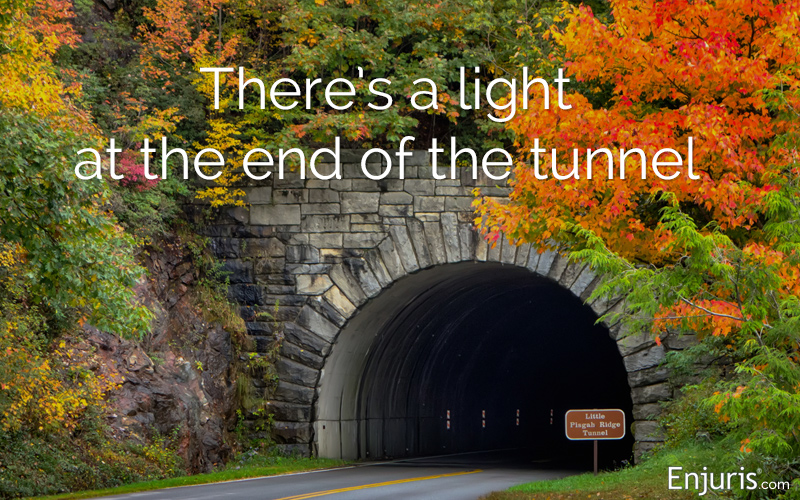 There are nearly 200,000 registered motorcycles in North Carolina. North Carolina has short, mild winters, colorful autumns and beautiful summers, which makes it a highly appealing state for motorcyclists.

But riding a motorcycle is riskier than driving a car, regardless of how careful or experienced you are.

Nationwide, numbers of motorcyclist fatalities and injuries don’t show much change over the past several years. 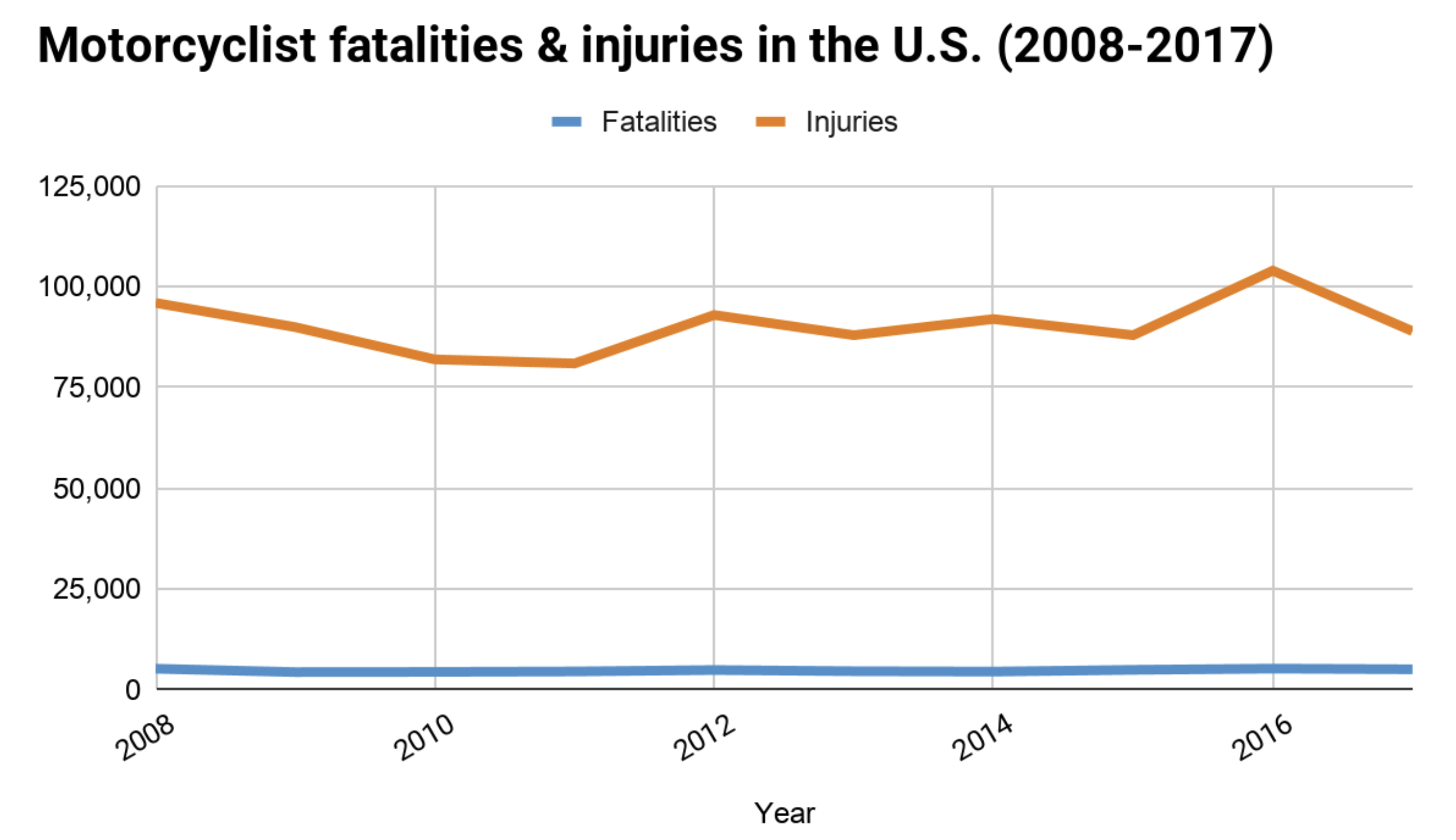 The truth is that if you’re injured in a North Carolina motorcycle crash, there’s only 1 statistic that matters: you.

Recovering damages after a motorcycle accident

“Damages” are the financial compensation owed to a plaintiff after an injury. If you were injured in a motorcycle wreck, you can recover money to cover these costs:

If you’ve been in a motorcycle crash, you’re probably wondering who’s going to pay for your medical treatment, damaged property, and other expenses.

North Carolina is among just a few states that follow a contributory negligence standard of law.

That means if you were even 1% liable for an accident, the insurance company isn’t legally obligated to pay for your injuries. In many states, even if the injured person is found to be partially at fault for an accident, they can still recover some damages but the damage amount would be reduced according to their percentage at fault. Not so in North Carolina, much to the surprise of accident victims.

For this reason, motorcycle bias can be especially damaging in North Carolina.

Most vehicle crashes are the result of someone’s negligence. In order to prove negligence, your claim must include these elements:

What is motorcyclist bias?

Here’s where a motorcyclist sometimes has to work harder for legal recovery than other drivers.

Like every group of people, there are going to be some motorcyclists who take risks — speeding, weaving through traffic, lane splitting or other irresponsible driving, for example. But most motorcyclists follow the rules of the road, drive responsibly, and are courteous of other road users.

But law enforcement, judges and juries, other drivers, and even witnesses sometimes perceive an accident as being the motorcyclist’s fault because of preconceived stigmas about bikers. This bias could affect the outcome of your claim in a few ways:

If you’ve been in an accident as a car driver, you might have to explain how the crash occurred and what caused it. But there’s no presumption that you were driving recklessly unless evidence from the scene shows that you were.

If you were in an accident as a motorcyclist, however, you might automatically be put on the defensive and be presumed to have been driving recklessly, unless the evidence can show that you weren’t.

It’s similar to the legal concept of presumption of innocence. Most of us have seen enough legal dramas on TV to know that a defendant is innocent until proven guilty in a criminal case. Shouldn’t it be the same at the scene of an accident?

In a motor vehicle accident, there’s usually no innocent or guilty. Civil (non-criminal) lawsuits rely on the principle of liability, or fault. The reasonable person standard means that a driver’s actions were reasonable based on what the average person would do in that situation.

How to avoid motorcycle bias

Your behavior can’t always influence someone’s personal biases. But there are a few ways that you might be able to demonstrate that you’re a responsible, caring motorcyclist — and that might help your case. Here are 3 tips:

The National Highway Traffic Safety Administration (NHTSA) says most collisions between a motorcycle and another vehicle happen at intersections. Often, it’s because the car driver didn’t see the motorcyclist. Drivers are more likely to be looking for other cars and trucks on the road and might not be as attuned to looking for the smaller physical profile of a motorcycle.

Some car drivers negligently cause motorcycle accidents by:

These are some of the major causes of motorcycle accidents:

A North Carolina motorcycle driver must have a motorcycle learner permit or endorsement on their provisional, regular, or commercial driver license.

North Carolina requires that every motorcycle rider — both the operator and passenger — must wear a helmet that meets federal DOT safety standards.

Enjuris tip: It’s your responsibility to know the road rules and motorcycle regulations. The North Carolina Department of Transportation offers this handbook with information for motorcyclists.

As mentioned above, lane-splitting is legal in North Carolina with the exception of passing on the right.

Even though it’s legal, it can still be dangerous.

Here are some ways to stay safe if you’re lane-splitting:

Some of the most common motorcycle injuries include:

Safety tips for protecting yourself on a motorcycle

Did you know that motorcyclists wear leather for safety, not just style?

Leather might help to achieve the “biker look,” but wearing leathers originated as a safety precaution for motorcyclists. Leather provides better protection against road rash and other injuries than regular clothes do. Some leather apparel for motorcyclists is specifically designed for summer wear so it’s not too hot.

Safety goggles or other eye protection, protective gloves and durable footwear or boots can all help prevent motorcyclists from being as seriously injured if they’re in an accident.

What to do after a North Carolina motorcycle accident

If you’re in a motorcycle accident, you should follow the same steps as you would for a regular car accident, including calling police and taking information from other drivers and witnesses.

The next step is to call a lawyer. Because of the more complicated issues associated with a motorcycle accident such as unfair bias, you might have a hard time reaching financial recovery on your own.

Your lawyer will consult experts like accident reconstruction professionals and others to help you avoid fault for the accident in order to recover more damages. Your lawyer can also participate in negotiations with the insurance in order to maximize your recovery settlement.

The Enjuris law firm directory is a no-cost resource that can help you to find a North Carolina motorcycle accident lawyer near you who will work for you toward full recovery.