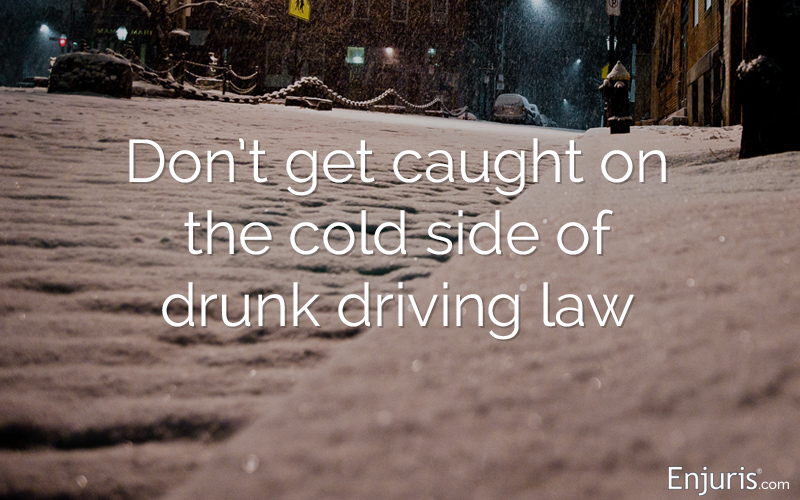 The first U.S. law against driving while under the influence of alcohol went into effect in New York in 1910, and other states followed suit. In the 1930s, organizations like the American Medical Association began to study factors that caused car accidents and resulted in injuries. The National Safety Council researched and developed criteria for testing and measuring a person’s level of intoxication.

In the 1970s, it was much more common for an “average American” to own a car, and DUI laws became stricter and penalties harsher. At that time, the legal drinking age was raised from 18 to 21 nationwide.

Massachusetts made major changes to laws and penalties beginning in 1982.

By the 1990s, most states had tightened laws, established a BAC limit of .08 and adopted Zero Tolerance laws.

Thanks to a variety of public service announcements and vigorous information campaigns over the course of several decades, you probably already know that DUI is not only illegal but also very dangerous. Although you might be cautious and would never consider drinking and driving, it could still affect you if you’re sharing the road with someone else who’s under the influence.

Let’s take a look at Massachusetts DUI laws and penalties, and how you can receive compensation if you’re injured in a drunk driving accident.

Under the law, a driver is legally drunk if their blood-alcohol content (BAC) is at one of these levels:

The Massachusetts Zero Tolerance Law refers to the .02 limit for an underage driver.

Unfortunately, you can’t know your BAC based on how much you drank at any given time.

Your BAC is affected by factors that include:

Enjuris tip:In the U.S., a “standard” drink is:

Since several factors that affect BAC will change from day to day and moment to moment, even for the same person, it’s impossible to accurately guess your BAC at a given time based on how many drinks you’ve had. You might have a general idea of how much alcohol affects you and how quickly, but the only way to know your BAC for sure is to have a test like a Breathalyzer.

A Breathalyzer is a device used by law enforcement officers to test a driver’s BAC at the scene of an accident or if someone is pulled over and suspected of being drunk.

You’re considered “under the influence” if you have a reduced capability to operate a vehicle because of consumption of intoxicating liquor, marijuana, narcotics, intoxicating vapors, or other drugs. Operating a vehicle doesn’t require you to have the engine running or actual movement.

Some state laws refer to DWI (driving while intoxicated) or DUI (driving under the influence) and, for the most, part these are semantic differences — that is, there are sometimes different words used to describe the same thing.

But Massachusetts uses the term OUI, which is operating under the influence.

What’s the difference between an OUI and a DUI in Massachusetts?

OUI is a general term. DUI is a felony offense.

In other words, first and second OUI offenses are misdemeanors and third or subsequent offenses are felony DUI. However, a first or second OUI can be a felony DUI if it results in serious bodily harm. That includes death or the possibility of death, loss of a limb, or any total or permanent disability. If you’re convicted of a felony DUI offense, you can be sentenced to 6 months in jail and up to 10 years in prison.

There are a few alternatives that could happen if an offender enters into a probation agreement or plea deal. For a first OUI offense, it could be possible for the driver to complete 1 year of probation, an educational course, drug or alcohol treatment, and a license suspension of 45 to 90 days (or 210 days if the driver is under 21 years old), along with up to 30 hours of community service.

If an intoxicated driver has a child passenger (under 14 years old), they could be charged with child endangerment and, if convicted, could pay $1,000-$5,000 in fines, serve 90 days to 2 ½ years in jail, and have a 1-year license suspension.

A Massachusetts driver who is arrested under suspicion of operating a vehicle under the influence must consent to a blood or breath test for impairing substances.

If the driver refuses, their license will be suspended for 180 days (3 years if the driver is under 21 years old) for a first offense, 3 years for a second offense, and 5 years for a third offense.

If the test shows a BAC of .08 or higher, their license is immediately suspended for 30 days or until the charge is resolved.

How to prevent a drunk driving accident

We’ve talked about YOU and what happens if you’ve been drinking and driving. But that’s not your only concern. Every time you get on the road — as a driver, passenger, pedestrian, or bicyclist — you’re at risk if there’s another driver out there who’s driving drunk.

The charges outlined above are brought against a drunk driver by the government (i.e. law enforcement). You, a private citizen, cannot bring criminal charges for drunk driving against another person. You can, however, file a civil lawsuit for personal injury damages.

The remedy in a personal injury case is financial damages (money). You can seek compensation for your costs related to the accident.

What you do in the moments after an accident could change the outcome of your legal case.

It’s important that the responding law enforcement officers are aware that a driver could be drunk in order to administer a breath test. As you might know, a person will “sober up” over a period of time. Therefore, if a test isn’t given at the scene, it might be difficult to prove later that the driver was intoxicated.

There are a few things to watch for at the scene of an accident that might provide clues as to whether the other driver was drinking. Tell an officer if you observe the following:

Enjuris tip: Never confront a driver on your own suspicion that they’re impaired, and never try to apprehend a drunk driver. That’s a job for the police. Call 911, wait until officers arrive, and share the information with them so they can handle the situation — that’s what they’re trained to do.

Your observations will be important and you could be called as a witness if the accident results in a criminal charge. There are several steps to take after any car crash that’s not your fault, and there are additional considerations if the other driver appears drunk.

If you were injured by a drunk driver, there are two legal remedies to recover costs: insurance or a lawsuit.

Massachusetts is a no-fault insurance state

As a no-fault state, each driver turns to their own insurance first to recover for damages.

Your claim to your own insurance policy would cover medical expenses, property damage, and other fees.

This law is intended to keep car crash cases out of the courts and prevent personal injury lawsuits, but there are a couple of circumstances — called the “tort threshold” — when you might be able to file a lawsuit for a Massachusetts car crash:

Enjuris tip: If you’re going to file a personal injury claim for a Massachusetts car crash, you have 3 YEARS from the date of the crash or from the date when your injuries were discovered (if they were diagnosed after the crash).

Insurance will only cover certain economic damages, which are specific costs associated with the accident.

These costs can include:

If your expenses include other things, you can file a lawsuit to recover these costs:

Finally, an insurance payout won’t include non-economic losses, like pain and suffering or other emotional distress. In order to recover compensation for those injuries, you need to file a personal injury lawsuit.

Just because Massachusetts is a no-fault state doesn’t mean fault doesn’t matter after an accident. If the accident is severe, there’s a strong chance that your insurance won’t cover all of your injuries — medical treatment is expensive!

But when (or if) you get to court, it’s not that easy to have your expenses covered. Massachusetts follows a modified comparative fault 51% rule for personal injury lawsuits, meaning you can only recover for injuries if you’re less than 51% at fault.

Wouldn’t a drunk driver automatically be at fault for an accident?

Liability is on a drunk driver who caused an accident because they were under the influence of drugs or alcohol. But, if you contributed to the accident, your amount of damages could be reduced.

Evidence in a drunk driving crash

If you’re in a crash and suspect that the driver is drunk, it’s imperative that evidence is gathered quickly. The drunk driver is going to become sober as time passes, and then it might be impossible to prove fault on that basis.

Here’s what your lawyer will look for as evidence:

Dram shop liability is when a business is sued for over-serving alcohol to a person who causes injury to someone else. The business can be sued in civil court as part of a personal injury lawsuit.

Social host laws result in criminal cases when a private person is charged for serving an underage guest.

In Massachusetts, you may not allow an underage person (under age 21) to consume alcohol on your property.

Here’s the main difference between social host liability and a dram shop liability in Massachusetts:

A social host is not subject to civil liability (a personal injury lawsuit) if a guest (adult or minor) injures another person when they are intoxicated. The social host might be criminally charged for serving alcohol to a minor.
A business may be sued under dram shop laws for damages that include medical expenses, lost wages, pain and suffering, and other costs if it is liable for over-serving a person whose intoxication caused an accident.

A social host is anyone who provides free alcohol to guests without an employer/employee relationship with their guests, or a parent or adult who provides alcohol to minors. An adult who invites guests into their home and serves alcohol assumes the responsibility for the guests, including monitoring their alcohol consumption and preventing their guests from drinking and driving.

In a restaurant, bar, or other establishments that serves alcohol, all staff (including bartenders, waitstaff, owners, and others) must be trained to recognize when a patron is intoxicated and refuse to serve after a certain limit.

Massachusetts law presumes that a driver is under the influence if their BAC is .08 or higher (or .02 for a minor). But even if the driver is charged with an OUI, it’s not automatic that the plaintiff (injured person) will recover damages. By the same token, the plaintiff doesn’t need for the defendant to have been charged with an OUI in order to have a successful lawsuit.

Need advice about your specific case from an experienced attorney?

The Enjuris law firm directory contains Massachusetts car accident lawyers who specifically handle car accident cases, including DUI and OUI. A defendant who made a choice to drive drunk and risk their life and safety — and yours — should compensate you for your losses caused by their risky behavior.