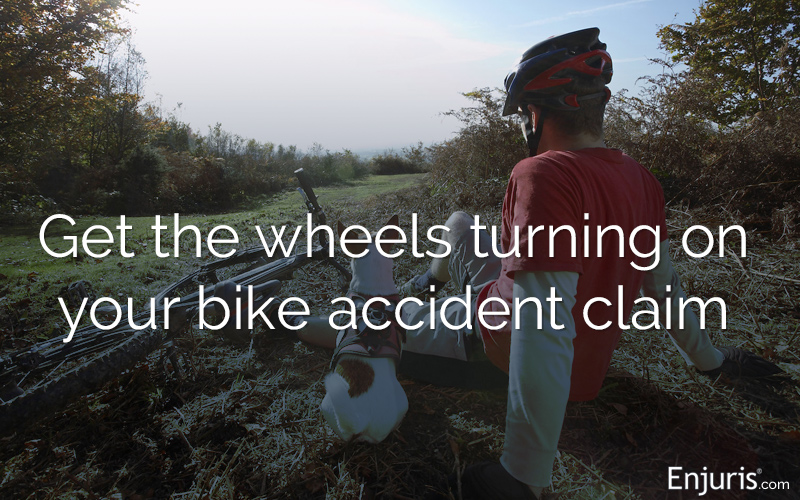 Who’s liable when a bicyclist and driver collide?

When things go right, bicycles and motor vehicles share the road in perfect harmony. But since you’re reading this article, you probably already know that things don’t always go right.

Indiana bicycle laws can be found in Title 9, Article 21, Chapter 11 of the Indiana Code. The first thing to recognize is that bicyclists in Indiana have all the rights and duties that motor vehicle drivers have when using the roadway.

Additionally, there are specific laws that apply to bicyclists:

A person who violates any of the above laws commits a Class C infraction, which generally carries with it a $500 penalty.

Bike helmets aren’t required in #Indiana, but that shouldn’t stop you from making safety your top priority! Tweet this

The vast majority of personal injury claims made by bicyclists against motor vehicle drivers after a bicycle accident are negligence claims. To prove negligence in Indiana, a bicyclist must show that:

The bus and the bicycle collided at the intersection, resulting in fatal injuries to William.

Finally, the investigation revealed that the bus proceeded for 75-100 feet after colliding with the bicyclists and that the bicyclist was dragged underneath the lower front part of the bus.

The jury found that the bus driver was negligent and awarded William’s family damages.

Of course, not all accidents are caused by motor vehicle drivers. Other responsible parties may include:

Sometimes both the bicyclist and the motor vehicle driver are at fault for an accident.

Indiana is a modified comparative fault state, which means that the plaintiff’s damages are reduced by their percentage of fault. What’s more, if the plaintiff is considered more than 50% at fault for the accident, the plaintiff is barred from recovering any damages.

Michael is riding his bicycle south on University Road in South Bend, Indiana toward the intersection of University Road and Douglas Road, which is marked by a stop sign.

Joe is driving east on Douglas Road toward the same intersection, but Joe doesn’t have a stop sign.

Michael blows right through the stop sign and collides with Joe. Michael suffers catastrophic injuries and sues Joe for $2 million.

Types of bicycle injuries and damages

It’s not surprising that when a bicyclist and motor vehicle driver collide, the bicyclist is more likely to be injured.

A study conducted by researchers at the University of Washington School of Medicine found that most bicycle-related injuries occur to the upper or lower extremities, followed by the head, face, abdomen, and neck.

While most injuries involve superficial trauma, such as abrasions and lacerations, roughly 34% of injured bicyclists suffer head injuries, and head injuries are responsible for over 60% of all bicycle-related deaths and the majority of long-term disabilities.

Facing factsIn 2018, bicyclists represented less than 1% of people involved in traffic collisions. However, bicyclists made up 6.5% of Indiana’s total traffic fatalities.

In addition to compensatory damages, plaintiffs may be entitled to punitive damages if the defendant’s conduct was intentional or malicious.

Enjuris tip: Learn more about the damages available in Indiana personal injury lawsuits, as well as how to estimate the value of your claim.

Following a bicycle accident, your health should be your top priority. Call an ambulance (or have someone call one for you) if appropriate. Even if you don’t feel your injury is serious enough to warrant an ambulance, you should still visit your doctor as soon as possible. The symptoms of many injuries, including some serious internal injuries, don’t surface until hours or even days after an accident.

Enjuris tip: Be sure to keep track of all your medical expenses. It’s also a good idea to keep track of how your accident impacts your day-to-day life. The more comprehensive records you keep, the better chance you have of recovering the compensation you deserve. Our downloadable expenses worksheet and post-accident journal can help keep you organized.

Once you’ve taken care of your immediate health needs, be sure to call the police if they haven’t already arrived on the scene. The police can draft a report and conduct a simple investigation that may help support your future insurance claim or lawsuit. With this goal in mind, don’t hesitate to tell the responding officer your side of the story.

Though the responding officer may conduct an investigation, it’s important that you don’t rely entirely on their efforts. If it’s safe to do so, gather the names and contact information of any witnesses, take photographs of your injuries and the accident scene, and write down your version of events while it’s still fresh in your head.

Your own auto insurance may cover bicycle accidents. Many auto insurance policies cover bike accidents so long as the bicyclist was hit by a motor vehicle. Review your policy to see if coverage exists and contact your auto insurance company if you have any questions.

Step 5: Meet with a personal injury attorney near you

Following the accident, the driver’s insurance company may call you and offer to settle the case for a sum of money in exchange for a release of liability. Be very careful before accepting any settlement offer and signing a release. Initial offers are often low. Regardless, it’s unlikely that you’ll know the full extent of your injuries immediately after an accident.

Instead, meet with a personal injury attorney to discuss your case. An experienced attorney, even during a free initial consultation, can generally tell you whether an initial offer is fair or not.

How to prevent bicycle accidents

Other safety tips from the League of American Bicyclists include:

If the worst happens and you’re injured in a bicycle accident, you don’t have to handle the aftermath alone. Use our free online directory to reach out to a qualified Indiana personal injury attorney in your area. Most initial consultations are free and provide a no-commitment opportunity to review your options.