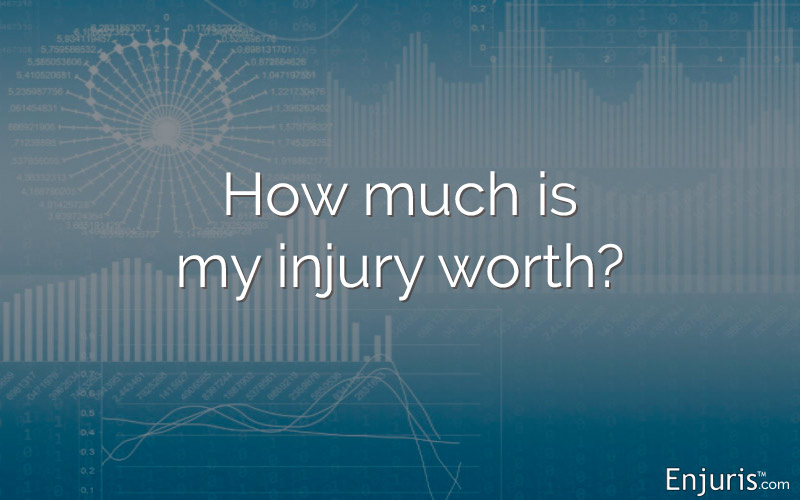 Table of Contents + show
Calculating injury settlement value in Florida
Calculating damages in general
Calculating damages based on where the accident occurred and your degree of fault
What does Florida do?
Resources on hiring a Florida attorney
Determining your degree of fault in a Florida negligence case is difficult, and that has a direct bearing on how much your case is worth. Read on to learn how to calculate your responsibility in a personal injury case:

When you've been injured by someone else's negligence, one of your first questions is – naturally – whether you can be compensated for those injuries.

Calculating damages after an accident is no easy feat. Not only are you focusing on healing, but you're also trying to deal with insurance adjusters and car mechanics and doctors and missing work and everything else on your plate. It's exhausting.

Many websites offer free calculators that claim to get you into the ballpark of a settlement, but those are obviously very vague and don't take comparative negligence into account.

Comparative negligence (also called comparative fault or shared fault) is the factor that determines the percentage of which both parties were at fault – in other words, were you entirely blameless in this scenario? Each state follows a different system of fault, so while you could recover 99% of damages in one state, you could be barred from recovery in another.

Today we're going to talk about Florida. But first, a few things to know...

There are a few types of damages for which you could recover:

Attorneys use "the multiplier" to figure out how to add up damages. An insurance adjuster will multiply that by a number between 1.5 and 5. That number will be low or high depending on specific facts:

When a value for general damages is calculated, that is added to the rest of the damages for an estimated settlement value.

This number is what your attorney will negotiate for.

What does Florida do?

Florida follows the pure comparative negligence recovery system. This means that your recovery is reduced by your amount of fault in the accident.

Enjuris tip: Florida follows pure comparative negligence, meaning your settlement is reduced by your amount of fault in an accident.

The rough version of a settlement formula in a Florida personal injury case is a function of your damages, how likely you are to win, and your fault in the accident.

Meanwhile, the full value of your damages is generally your out-of-pocket medical bills, lost wages and pain & suffering. These are called economic and non-economic damages.

As mentioned above, Florida uses a pure comparative fault system. This means that some percentage of fault will be assigned to the plaintiff during settlement negotiations, and unless you were rear-ended during a car accident, this will likely not be 0% fault.

Think about it – you and the defendant were both trying to get the parking space at the same time and crashed cars. Were you really without fault here? In your calculations, be conservative and plug in a number that's higher for your own fault so you won't be shocked later on when the real number is revealed.

Settlement calculators for Florida are not much use.
Tweet this

There are so many factors in personal injury cases that plugging just any number into a formula is difficult to do.

They can range from the predictable (whether you're married, because you can add a loss of consortium claim to your damages) to the bizarre (such as the county in which the accident happened, because Miami-Dade and other big-city counties in Florida tend to have higher verdicts than the northern Florida districts).

Determining your degree of fault in an accident can be tricky. It can be worth it to hire a lawyer in anticipation of that argument. Consider speaking with an Enjuris listed Florida law firm.

Resources on hiring a Florida attorney