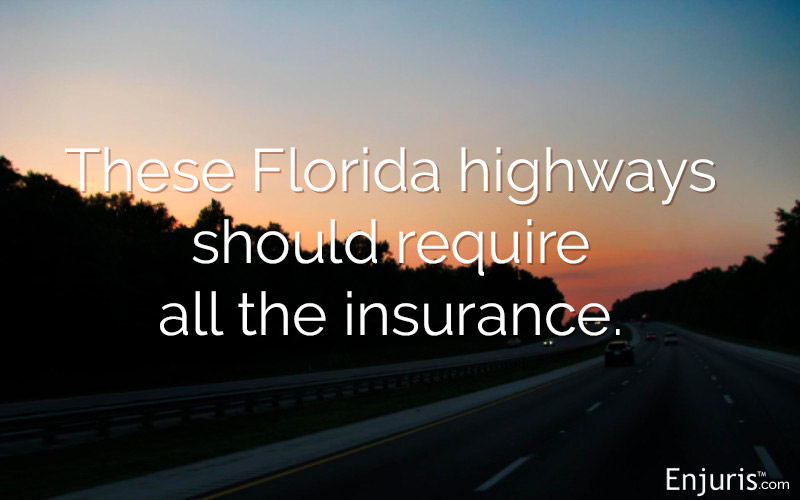 How car accidents are handled in a no fault state

In Florida, the courts and the insurance system only cross paths in rare circumstances when it comes to car accident cases.

This is because the insurance system reigns supreme.

If you own a motor vehicle that has four wheels (the law is very specific about the “four wheels” part), you have to carry at least $10,000 worth of personal injury protection (PIP) insurance and a minimum of $10,000 of property damage liability insurance.

This is far less than other states and has been a contentious point since its inception – is it truly enough insurance to cover someone in the case of an accident?

The general idea, however, is that if drivers are in an accident, no matter who is responsible, the drivers would turn to their own insurance policies to cover the damage instead of filing claims in the court system. This is intended to relieve the courts of unnecessary personal injury claims that could be handled by insurance adjusters.

If injuries are considered to be catastrophic, however, then a driver could step outside of the insurance system and file a personal injury claim.

Personal injury insurance covers you regardless of whether you were at fault for the accident, up to $10,000 minus whatever your deductible amount is. As mentioned above, this is specifically designed to help the court system move faster and relieve the burdens that personal injury cases can cause.

For instance, a broken nose caused by hitting the dashboard can easily be handled by an insurance adjuster.

If the accident occurs in Florida, PIP will cover you, relatives who live with you, certain passengers, and others who use your vehicle with your permission.

Pedestrians and bicyclists are also covered under PIP insurance if they are Florida residents.

If the accident occurs outside of Florida but inside the continental U.S., PIP will cover you and immediate relatives, but you must be driving your own vehicle; others outside of the family unit will not be covered.

This type of liability insurance will pay for damage that you or immediate family members cause to another person’s property while driving. This could be another car, a fence or even a building.

PDL insurance also applies if you drive someone else’s car, so depending on the terms of your policy, it could also include someone who is driving your car with your permission. Hopefully they decide not to reenact the game Grand Theft Auto with your Toyota Land Cruiser.

Bodily injury liability insurance pays for serious injury or death to others in the event of an accident and you are found to be at fault.

It applies after PIP benefits are exhausted, and this will also pay for your legal defense if you are sued.

This type of insurance is usually not required in Florida; however, if you’ve been convicted of a DUI, you will be required to purchase this coverage and carry it for a period of three years after your license has been reinstated.

BIL insurance is a good thing to have just in case of an accident, though.

One of the major reasons that Florida requires no fault insurance is to protect drivers from being sued after an accident; however, that is not to say that a driver won’t be sued after an accident, because an injury might be severe enough to warrant a personal injury suit outside of the insurance system. If a driver experiences a catastrophic injury such as amputation, scarring, becomes disabled or dies, BIL insurance would be a very good safety net to have.

What other types of insurance can I get?

However, other types you may want to carry include:

The other important thing to remember is that a Florida vehicle with Florida license plates has to have an active Florida insurance policy.