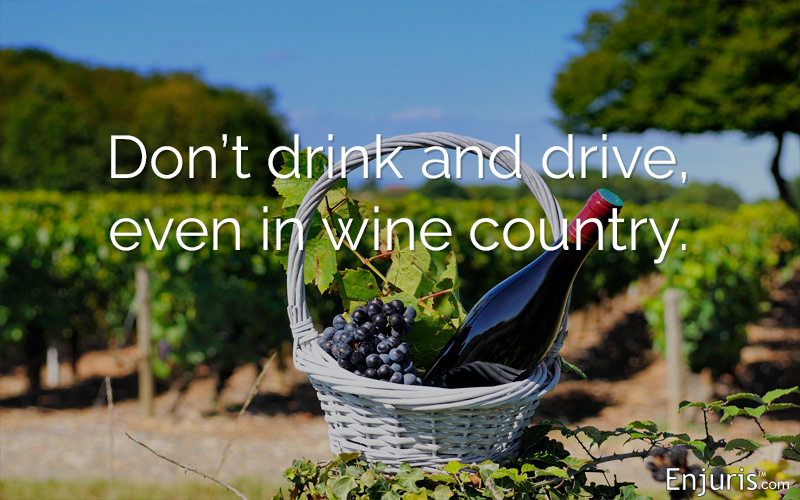 DUI is a serious offense, and can cause serious injury or fatality. Here's what to do if you or a loved one are involved in a drunk driving accident.

Almost all of us know someone whose life has been affected by drunk driving.

Driving under the influence (DUI) isn't just about alcohol. Substances that include both illegal and legal drugs such as prescription or over-the counter-medications or marijuana can all impair your ability to drive safely.

Facing facts: The California Highway Patrol estimates that when you include attorney fees and other legal fees, higher insurance premiums, lost wages for court dates, and related costs, a single drunk or drugged driving infraction can cost up to $13,500.

What constitutes driving under the influence in California?

California's driving under the influence (DUI) laws can be found in the California Vehicle Code.


Let's take a look at per se DUIs first.

You could be charged with a per se DUI if your blood alcohol content (BAC) is at or over these limits:

The Latin phrase "per se" means "by itself."

Under California law, if you have a BAC above the legal limit, you can be convicted of a DUI without any additional evidence.

To put it another way, prosecutors don't need to prove that your ability to drive was actually impaired if you have a BAC over the legal limit.

Here's an example of how this could work:

Tom is driving west on Ventura Boulevard when he's pulled over based on a suspicion that he's intoxicated. Tom tells the officer that he just left band practice and is on his way to his home in Reseda. He claims he only had one beer to drink and that he's not intoxicated.

The officer asks Tom to step out of the car and complete three field sobriety tests: the horizontal-gaze-nystagmus test, the walk-and-turn test, and the one-leg-stand test.

Tom passes all three tests with flying colors. For good measure, he volunteers to take a breathalyzer. The breathalyzer reveals that Tom's BAC is 0.08%.

Under California's per se DUI law, Tom can be convicted of a DUI even though he doesn't appear to be impaired.

You can be convicted of an impairment DUI if you were under the influence of alcohol or any other drug while operating a motor vehicle, even if you consumed less than the legal limit.

How does a court decide if a driver is "under the influence" of alcohol or drugs?

The California Supreme Court looked at this exact question in People v. Canty (2004):

To be 'under the influence' within the meaning of the Vehicle Code, the [alcohol or drugs] must have so far affected the nervous system, the brain, or muscles as to impair to an appreciable degree the ability to operate a vehicle in a manner like that of an ordinarily prudent and cautious person in full possession of his faculties.

A police officer spots Sheryl driving along Santa Monica Boulevard at dawn. She's driving under the speed limit, but she keeps swerving over the yellow line.

The officer pulls Sheryl over and asks to see her license and registration. Sheryl hesitates and then tells the officer that all she wants to do is have some fun before the sun comes up over Santa Monica Boulevard. The officer spots a torn Budweiser label on the floor of Sheryl's car. Sheryl nervously tells the officer the labels belong to her friend, Billy.

Suspecting that Sheryl might be intoxicated, the officer asks her to perform three field sobriety tests: the horizontal-gaze-nystagmus test, the walk-and-turn test, and the one-leg-stand test.

The officer gives Sheryl a breathalyzer and her BAC is 0.05% (below the legal limit). Nevertheless, it's clear that Sheryl's ability to operate a vehicle has been impaired by the alcohol she consumed. The officer charges Sheryl with an impairment DUI.

Evidence that may be used to support a decision that a person is "under the influence" of alcohol or drugs may include: 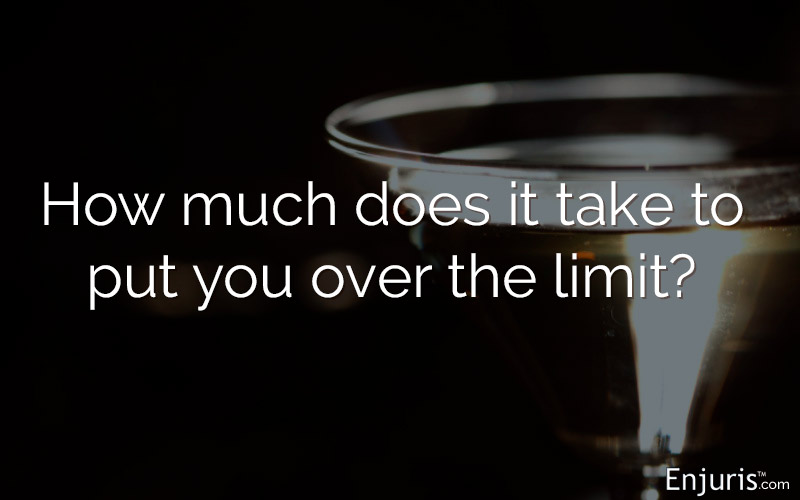 Blood alcohol content (BAC) allows medical professionals to measure alcohol levels in your blood. What's the magic number for intoxication? What if you refuse a Brethalyzer?

You probably don't think twice about popping a couple of Advil and getting behind the wheel of your car, but you should. You can be convicted of an impairment DUI based on your consumption of an over-the-counter medication.

Here's what to look out for if you're planning to drive after taking any medication:

California's implied consent law requires anyone who has been lawfully arrested for DUI in California to submit to a breath test to determine their BAC.

A driver who refuses to take a breath test following an arrest will receive the following penalties:

California's implied consent law used to include a DUI blood test, but the United States Supreme Court ruled that defendants cannot be penalized for refusing to take a blood test in cases in which the police have not obtained a warrant.

Because California's implied consent law only applies after a person has been arrested, you can lawfully refuse to take a breath test (or any other field sobriety test) before you're arrested unless you are:

Is it illegal to drive with alcohol (or marijuana) in your vehicle in California?

California law prohibits all drivers from driving with an open container of alcohol or an open receptacle containing cannabis.

In most cases, these offenses are infractions and carry a fine.

How common is drunk driving in California?

Drunk driving is probably more common than you think. One person dies as a result of drunk driving every 50 minutes in the United States.


There is some good news, though. Drunk driving fatalities in California have trended downward over the last 15 years.

Women have an undeserved reputation of being worse drivers than men in California, but the people most likely to be involved in a fatal drunk driving accident in California are men ages 20-24.


Unfortunately, while drunk driving fatalities have been declining over the last 15 years, drug-involved traffic fatalities have increased significantly over that same time period.

Facing facts: There were 863 drug-involved driving fatalities in California in 2019. According to the California Office of Traffic Safety, this accounted for almost 30% of all traffic deaths in the state.

Penalties for driving under the influence in California

DUIs can be charged as misdemeanors or felonies under California law.

Here's a closer look at the penalties for driving while under the influence of intoxicants in California:

The most frequent court sanction for all convicted DUI offenders in 2018 was probation (96%), while ignition interlock (7.3%) was the least likely punishment.

Males comprise almost 80% of all DUI arrests in California, but the proportion of females arrested for DUI has been gradually increasing since 1989.

Hispanics have been the largest racial or ethnic group to be arrested for DUI in California over the past decade. Hispanics continue to be arrested at a rate substantially higher than their percentage of California's population. 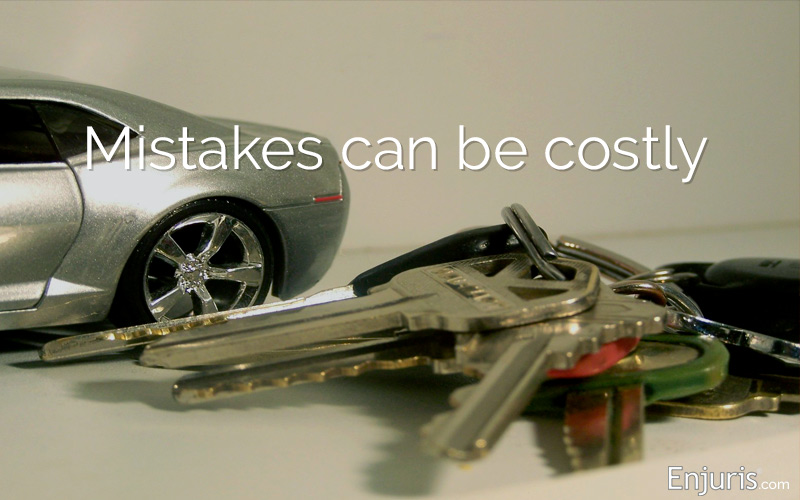 How much does a drunk driving accident cost?

A DUI can wreak havoc on a victim and their family, but drinking and driving also comes with a high financial cost.

Calculating the cost of a DUI

How do I know if I've had too much to drink?

If you're out drinking, the best decision you can make is to call an Uber (or other rideshare service), taxi, or sober friend. Sure, you may not feel drunk, but alcohol affects your judgment! What's more, it's impossible to know for certain how many drinks it takes before you're legally intoxicated.

Many factors can affect your level of intoxication, including:

With all of that in mind, here's a chart to help you estimate your BAC based solely on your weight and the number of drinks you've consumed.


How to spot a drunk driver

It could be tricky to distinguish a drunk driver from a distracted driver. Either way, your response should be the same: STAY FAR AWAY.

Mothers Against Drunk Driving (MADD) offers these common signs of driving while under the influence to help you spot a drunk driver:

The California Highway Patrol encourages citizens to report drunk drivers by calling 9-1-1. You'll be asked to provide your location, along with details about the drunk driver. You should never attempt to apprehend a suspected drunk driver yourself. A person under the influence of drugs or alcohol could be violent, unpredictable or even armed. The police are specifically trained to deal with these types of situations and anticipate behavior.

Recovering damages after a DUI-related accident

If you're injured in a car accident caused by a drunk driver, you can file an insurance claim like you would in any other car accident.

Keep in mind that in order to recover damages, you'll need to prove that the intoxicated driver caused your accident. You can't recover damages if YOU caused an accident and the other driver involved happened to be intoxicated, for example. In California, there are three types of damages available in drunk driving accidents:

In this landmark case, the California Supreme Court extended punitive damages to lawsuits against drunk drivers.

The Court said that an award of punitive damages can be justified under a theory of conscious disregard if the plaintiff proves that the defendant was "aware of the probable dangerous consequences of his conduct, and that he willfully and deliberately failed to avoid" them.

The Court went on to say that consuming alcohol to the point of intoxication, knowing that you're going to operate a motor vehicle, exhibits conscious disregard for the safety of others.

Therefore, a plaintiff can make a claim for punitive damages if: 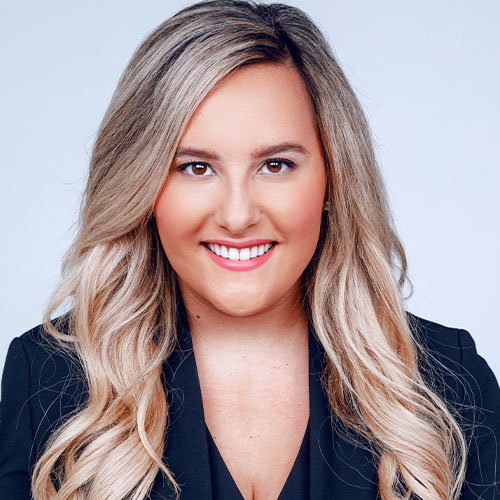 "A drunk driver is personally liable for any damages that exceed the limits of their auto insurance policy. Unfortunately, many drunk drivers are low on cash or simply refuse to satisfy the judgment against them. In these situations, there are several legal tools available to the attorney to collect the judgment."

Here is the money quote:

There are exceptions to California's general rule that establishments and social hosts are not liable for the damages caused by intoxicated patrons.

Here are the exceptions under California law:

Steps to take after a drunk driving accident

The aftermath of a drunk driving accident can be extremely chaotic and overwhelming. There are, however, a few simple steps you can take that may improve your chances of recovering the damages you deserve down the road.

Here are the top 5 steps to take after a California drunk driving accident:

According to the California State Bar, there are more than 190,000 licensed attorneys actively practicing law in the Golden State.

Finding an experienced personal injury attorney can be overwhelming. What's more, you don't want to find just any attorney; you want to find the right attorney. 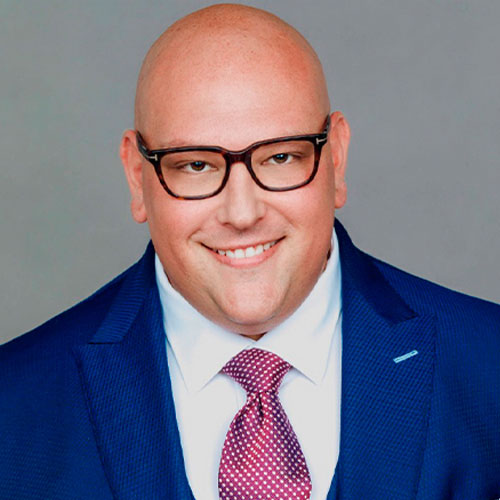 "An attorney's ability to prove that a defendant was intoxicated at the time of a drunk driving crash is crucial to obtaining a just remedy for the injured plaintiff. It's important that the attorney has experience gathering evidence and knows the jurisdiction's requirements on the admission of evidence of intoxication."

Once you've found an attorney that you want to meet with, be sure to use the following tools to prepare: