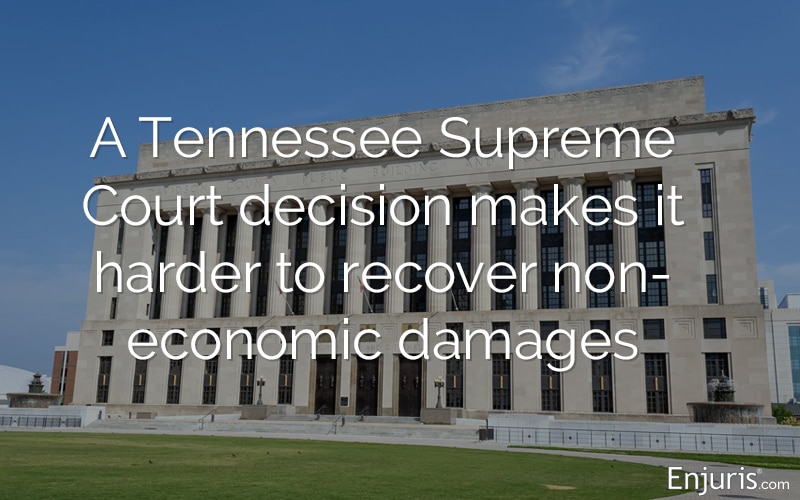 The Tennessee Supreme Court recently made a decision that may impact certain individuals seeking non-economic damages in personal injury actions.

Let’s take a quick look at non-economic damages, the court’s decision, and how your personal injury case may be impacted.

What are non-economic damages?

Table of Contents + show
What are non-economic damages?
Medical malpractice results in $4.5 million verdict
The Tennessee Supreme Court decision in Cynthia Yebuah v. Center for Urological Treatment
What does the court opinion mean for future cases?
Are there any other damage caps in Tennessee?

In Tennessee, plaintiffs in personal injury cases can receive compensation for concrete, tangible losses such as medical expenses, property damage, and past and future lost income (all of which are “economic damages”).

Plaintiffs can also seek compensation for losses that are less tangible and less concrete. These losses include pain and suffering, emotional distress, and loss of consortium (all of which are “non-economic damages”).

After a CT scan revealed that Cynthia Yebuah’s kidney contained a potentially malignant mass, she underwent surgery to remove the mass. The laparoscopic procedure was performed in 2005 by Dr. Frank Lohrasbi.

In 2007, Cynthia underwent a CT scan to detect whether her cancer had returned. The scan showed no signs of cancer but revealed that there was a foreign object in Cynthia’s abdominal cavity.

In 2012, Cynthia notified her doctor that she was experiencing abdominal pain. Cynthia was referred to Dr. Leonardo Espinel who removed Cynthia’s gallbladder. During the surgery, Dr. Espinel discovered the foreign object inside Cynthia’s abdominal cavity.

It was later determined that Dr. Lohrasbi had unintentionally left a Gelport device (a device through which surgeons can insert their hand to perform surgery) inside Cynthia’s abdomen during the 2005 surgery.

After a trial, the jury awarded Cynthia $4 million for pain and suffering and loss of enjoyment of life. The jury also awarded Cynthia’s husband $500,000 for the loss of consortium.

The trial court determined that the statutory cap of $750,000 on non-economic damages applied. However, the court applied the cap separately to each plaintiff. In other words, the court entered a judgment of $750,000 for Cynthia and $500,000 for her husband—for a total of $1.25 million.

The Tennessee Supreme Court granted permission to an appeal addressing whether the cap on non-economic damages applies separately to a spouse’s loss of consortium claim or whether it applies to all the claims asserted in a single action.

Cynthia’s husband, therefore, could not receive any damages.

What does the court opinion mean for future cases?

A loss of consortium claim is brought by the spouse or family member of a person who has been injured (or killed) as a result of the defendant’s negligence. The idea behind the claim is that a person who was injured (or killed) cannot provide their spouse or family member with the same love, affection, and companionship they provided before the accident. As a result, the spouse or injured person has a claim for those losses.

As explained by the Tennessee Supreme Court:

Are there any other damage caps in Tennessee?

In addition to a non-economic damages cap in the amount of $750,000 (which increases to $1 million in cases where the plaintiff suffers catastrophic injuries), Tennessee places a cap on punitive damages in the amount of $500,000—or twice the amount of the compensatory damages awarded, whichever is greater.

If you or a loved one has been injured in an accident, you may be entitled to compensation. Speaking with a personal injury attorney can help ensure that you receive the full and fair compensation you deserve. 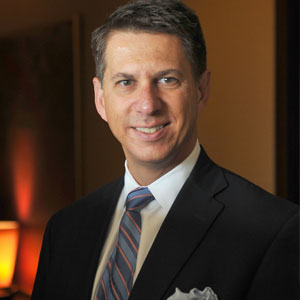 Chris is a member of Gilreath & Associates, one of the leading plaintiff-exclusive firms in Tennessee. Chris handles serious personal injury cases in the Mid-South and beyond. From the start of his career, Chris has been committed to supporting the civil justice system and has taken a leadership role in that effort. He serves on the Board of Governors for the Tennessee Association for Justice, as well as the American Association for Justice. View his Enjuris profile and visit his website today.