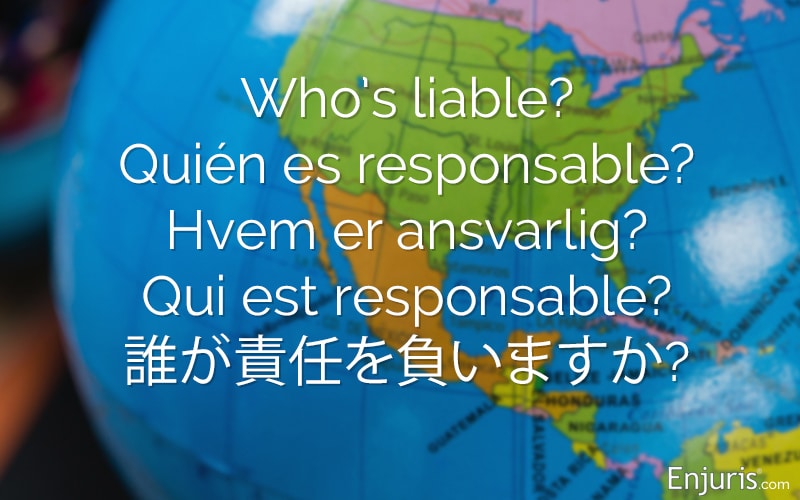 The Rhode Island School of Design was recently ordered to pay $2.5 million to a student who was raped while participating in a study abroad program.

The judgment raises an interesting legal question for students and schools:

Who’s liable when a student is injured while studying abroad?

A woman, referred to as Jane Doe in court documents, attended a study abroad program in Ireland sponsored by the Rhode Island School of Design (RISD). RISD provided housing for all of the students. The house that Jane was placed in was co-ed and contained 4 individual rooms. The house had a key to lock the door to the outside, but there were no workable locks on the bedroom doors.

On the first night of the program, the student staying in the bedroom next to Jane’s walked into Jane’s unlocked bedroom and raped her.

Jane filed a lawsuit against RISD alleging that RISD was negligent.

Generally speaking, a plaintiff must establish the following elements to prove negligence:

The court decided that the relationship between RISD and the study abroad students gave rise to a duty on the part of RISD to exercise reasonable care to protect Jane (and the other students) from foreseeable harm.

The court further decided that RISD breached its duty when the school failed to provide housing that included locks on the bedroom doors. In support of this decision, the court pointed to the fact that a nearly identical incident occurred 3 years earlier to a different RISD student. In other words, the harm suffered by Jane was foreseeable.

Colleges and universities have a duty to exercise reasonable care to protect students studying abroad from foreseeable harm. This includes providing secure housing.  Tweet this

Common types of study-abroad lawsuits filed against colleges and universities

The number of students who study abroad has increased steadily over the past few decades. However, lawsuits have become so frequent that some schools have contemplated whether it’s worth continuing to offer these programs.

Apart from disputing the facts of the case, there are 2 common defenses that universities and colleges commonly raise in negligence-based study abroad lawsuits:

Enjuris tip: Learn more about how each state treats plaintiffs who are partially at fault.

Were you injured while studying abroad? Share your story below.