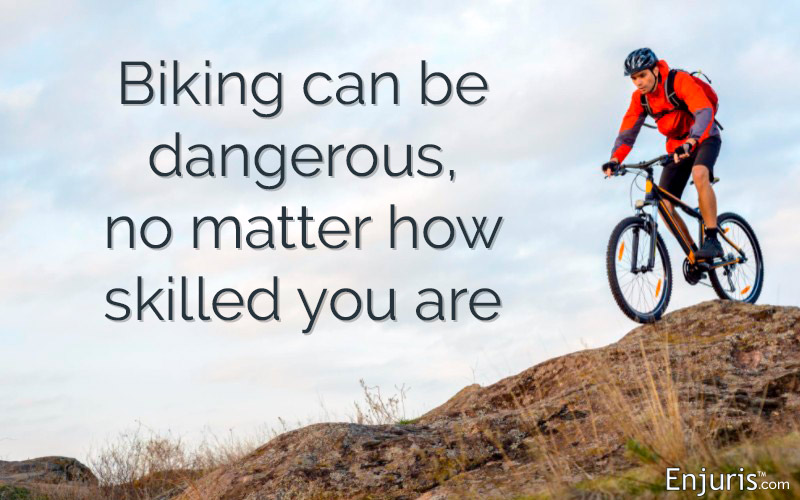 Bicycle fatalities in Southern California are rising at an alarming rate. The San Gabriel Valley Tribune points out that between January 1 and May 26, 2016, there were 40 bicycle fatalities – almost double the 21 fatalities that occurred during the same time period in 2015.

Nationwide, the statistics aren’t much better. In fact, 818 bicyclists died in collisions with motor vehicles in 2015 alone, up from nearly 730 the prior year, says Helmets.org. In addition, 45,000 bicyclists were injured in general roadway collisions that year all across the USA.

Here are some interesting stats kept by the NHTSA referring not just to bicyclists but also to any riders of two-wheel, non-motorized vehicles, tricycles and unicycles powered by pedals:

So, what can be done about all this? The top factors contributing to these deaths are distracted driving, alcohol impairment, and poor weather or road conditions. It’s important to point out that not all bicycle injuries and fatalities happen as a result of contact with another motor vehicle. 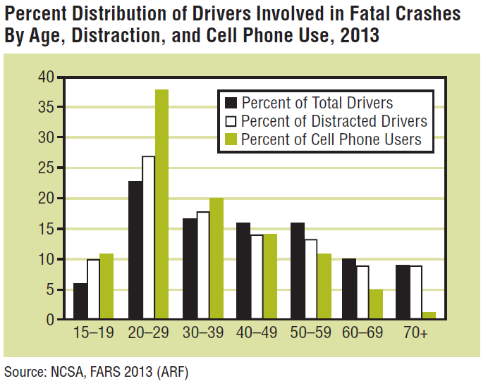 This is indeed how a majority happen (nearly a third), says the Pedestrian and Bicycle Information Center, but sometimes the accidents occur as a result of things outside of anyone’s control. These include falls, poor road conditions such as potholes, cracks and rocks, and dogs and kids who run out into the street. Other times, the biker is at fault because of failure to pay attention to the road, as well as careless crashes into trees, parked cars or other stationary obstructions.

Deaths arising from motor vehicle collisions can be caused by anything from texting and driving to alcohol involvement. Thirty-five percent of all fatal pedal cyclist crashes in 2015 resulted from alcohol impairment. This could happen as a result of impairment on behalf of the driver or the cyclist. Approximately 35% of cyclists who died in 2015 reportedly had blood alcohol concentrations (BACs) of .08 g/dl or higher.

Distraction is increasingly a big cause of cyclist deaths and injuries. A study by Cambridge Mobile Telematics found that 52% of recent car crashes resulted from drivers who were distracted by their cell or smart phones. Cellphone use among motor vehicle drivers has also risen over the last several years. Sadly, anti-cellphone laws seem to hold little to no effect over driver behavior.

According to NHTSA, distracted driving was a factor in 10% of fatal crashes and 18% of injury crashes in 2013. Cellphones were involved in 14% of all fatal distraction-related crashes that year.

Many communities are taking action to prevent bicycle fatalities, proposing more stringent laws to help scale back the rising incidence of distracted driving. Lawmakers in New York are looking to pass a bill to assist law enforcement in discouraging cellphone use by drivers with a “textalyzer.” Police can find out if a driver has been texting behind the wheel, as it gives time stamps for undisputed evidence, says NPR.

Look out for these devices and more anti-cellphone laws in LA and surrounding areas.

Power Legal Group is a Los Angeles personal injury law firm offering aggressive representation combined with personalized service. LA personal injury lawyer Bobby Yaghoubian and his team are dedicated to serving all of the people of Southern California from all walks of life and pursuing maximum compensation in every case they take.