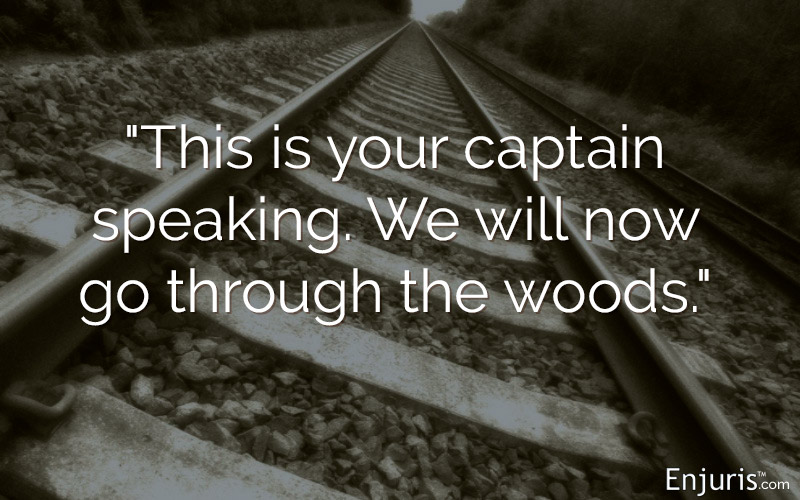 Jennifer Kain Kilgore was only 17 years old when her life was officially derailed.

It was 2004. Jennifer was a high school senior in Massachusetts who was active in sports, music and dance, and she was just starting to plan her future. She, her mother and her aunt decided to visit Georgetown University for the beginning of her college-searching adventure.

While stopped in traffic in New Jersey, their car was rear-ended at 65 mph. Everything in the trunk slid forward and slammed the back of Jennifer's seat at the moment of the car accident.

"I could see my mom's eyes in the rearview mirror," she said. "We both had just enough time to see that the other car was coming and panic. That is why my injuries were so severe; I had enough time to tense up."

The VW Passat crumpled around them, though the cabin stayed largely untouched and the passengers didn't have any visible injuries. But as soon as they got out of the car, Jennifer's legs weren't working properly.

"The fact that I couldn't move should have been the first indicator that something was wrong with my spine! At first I chalked it up to shock and stress, but it kept getting worse."

It was two weeks before she found that her spine was fractured in four places.

The driver of the other car immediately apologized and admitted fault, but the case was still complicated.

"He was from Florida and was driving a work car on company time. We were in New Jersey, but lived in Massachusetts," Jennifer explained. "His company fought us every step of the way and the case turned into a huge mess that took seven years to finish."

At first, doctors didn't realize that Jennifer's spine was broken in multiple places; they even sent her home to Massachusetts on a train. But for weeks afterward, Jennifer kept having muscle spasms and severe back pain. She couldn't sit or stand comfortably, or even lay down in certain positions.

"My spine was fractured in three places and a facet joint in the thoracic level was broken as well," Jennifer said. "We didn't find that last fracture for more than a year."

The case eventually settled in arbitration, and Jennifer and her family were satisfied with the amount, but she said that nothing truly compensates for the loss of the life she had before the accident.

While healing, Jennifer was out of school for a month and had to sacrifice many extracurricular activities that had meant so much to her.

"I was captain of the tennis team, but had to quit because of my pain and physical therapy," Jennifer said. "I had also danced since I was two years old and played violin, but had to give up those as well. It was just heart-wrenching for me at the time."

An incredible sense of déjà vu 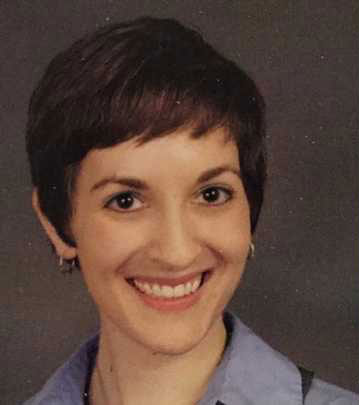 Jennifer was recovering from a serious car accident and moving forward with her life. Just a few years later, a second accident would derail all of her progress.

With years of extensive physical therapy, Jennifer was eventually able to get back to a semblance of a normal life, although she still lived with pain and limited physical abilities. She finished college and law school, got married and was working full-time as an attorney.

Then in 2013, Jennifer suffered almost the exact same type of car accident again. She was stopped at a red light and a woman rear-ended her car. While the impact was approximately half the speed of Jennifer's first accident, it aggravated old injuries and brought about new ones.

"I had been living on a thin balance beam, managing my pain and my life. Then the second accident just destroyed everything," Jennifer said.

The legal process was much simpler for this accident, and Jennifer received a fair settlement from both the other driver's insurance and her own underinsurance policy. But the physical and emotional aftermath were even more difficult.

She ended up needing two cervical spine surgeries and is still recovering from the second, which required taking the bulging and deformed discs out of her neck and replacing them with cadaver bone and hardware.

"This pain was new and terrifying," Jennifer said, referring to the neck and low-back pain that hadn't been there following the first accident.

After her first surgery – a fusion and discectomy of C5-C6 – the pain returned, in part because her bones were weakened. This meant she had to go in for surgery again for the crumbling vertebrae below less than a year later.

Jennifer now deals with post-traumatic headaches daily, neck pain and shoulder pain that radiate from the surgical sites. She also has ongoing sciatic nerve pain in her legs. She may even end up needing more surgery. 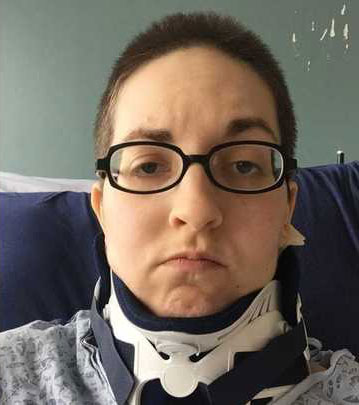 Jennifer's second accident required her to have two surgeries and new rounds of physical therapy and pain management.

She tried an alternative approach called prolotherapy, which involves injecting a dextrose solution into weak connective ligaments and irritating them into rebuilding new tissue. This did wonders for her hand, arm and shoulder pain. She can now use her hands freely when two months ago it was difficult to hold a pen for more than a few minutes.

"Anything you can name, I have tried. I am just coming to accept a new level of pain in my life and that I will always have to take a lot of medications."

Now, nine months after her second surgery, Jennifer is slowly returning to life, working a part-time job from home and participating in normal activities with friends and family, although it takes a lot of planning. Like her first accident, the second crash forced Jennifer to give up aspects of her life that she enjoyed, including her job as an attorney. Because of her extreme pain, she couldn't sit at a desk all day or commute to client meetings or the court house.

"It was killing me slowly," Jennifer said. "I found myself doing yoga in my office just to get pressure off my neck. I was covered in pain patches all the time. I couldn't even sit through a client meeting. I just realized that I couldn't keep doing this."

In addition to the physical recovery, Jennifer has had to deal with the emotional fallout of being a victim in two serious accidents. She went through a dark depression after the second accident; even her family didn't know how to talk to her. She started working with a counselor who specializes in pain therapy, which she says has been very helpful. "It really is like grief counseling. You have to get through grieving the person you used to be."

In addition to going to pain therapy once a week, Jennifer chats with other survivors on the online social network My Chronic Pain Team. She even started her own blog and advocacy community, which has been a source of comfort to her.

"These are my own people to go to when I am in a terrible mood. They get me in a way that my family couldn't. Although my family is so well intentioned, they can't understand what you are going through to the same degree."

Ultimately, Jennifer knows that the support of her husband, family and online community will help her manage the many challenges that lie ahead.

Jennifer also tries to keep a sense of humor about her situation, which she infuses in her blog posts as well. "You kind of have to laugh about it or you lose your mind." In a post where she talks about having a scar on her throat after the first surgery, she jokes, "…It's like a gang tattoo; all of us who've had the surgery recognize one another." 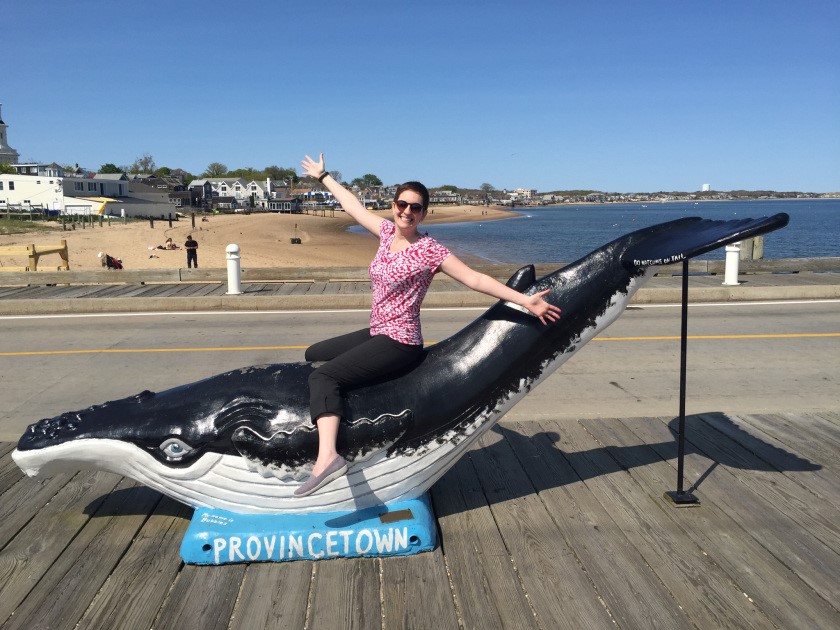 Today, Jen is nearly totally recovered, though she still faces some lingering challenges.

Have you been rear-ended by another driver? How did you cope with your injuries and pain management? Please share your story below.

More about pursuing a legal case after your car accident

Get the Enjuris post-accident pain journal to document pain and suffering for your claim.