How a cycling accident helped a father revaluate his priorities

Table of Contents + show
How a cycling accident helped a father revaluate his priorities
“The most extreme roller coaster of my life.”
Living in another person’s shoes
Gaby’s perspective
Finding the balance
Getting back on the bike
Financial fallout
Moving forward
Related stories:

While having good balance is essential to being a successful cyclist, it was actually a bike crash that helped Rodrigo Sagastegui finally find balance in his life.

A passionate athlete, Rodrigo has been cycling for more than 20 years and training for triathlons for six years. In addition to working a full-time job as a marketing specialist, he sometimes trained for up to 20 hours per week, leaving him with little time for his wife and two young sons.

But all of that changed in May of 2014 while Rodrigo was preparing for Ironman Lake Placid, an Ironman athletic competition. He was cycling alone on a deserted road near his home in East Stroudsburg, PA, when he lost control and crashed.

Although he doesn’t remember anything about the crash, doctors and law enforcement officers estimate that he was unconscious on the side of the road for one to two hours before a passing driver found him and called for an ambulance. Rodrigo was eventually taken by helicopter to a nearby hospital, where the long recovery process began.

“The aftermath of the accident was harrowing,” Rodrigo said. “I was in the hospital for a month, including one week in intensive care where I was kept under sedation.”

He lost his memory completely for several days and it took months to completely return. During this difficult time, Rodrigo struggled to remember people’s names and often had to explain what happened to him when speaking with friends and colleagues.

In addition to the brain trauma, Rodrigo suffered from road rash on his arms, head, face, knees and shoulders. But the potential injury to his brain was the biggest concern for doctors.

“Even though I was wearing a helmet, the brain can get swollen with an impact like that,” Rodrigo said. “If mine had swollen just a little bit more it could have caused permanent brain damage.”

If my brain had swollen just a little bit more it could have caused permanent brain damage. Tweet this

Rodrigo also had to learn how to speak again. “My tongue was dragging in my mouth for two to three months. Friends and family came from Mexico to visit and later told me that I sounded awful and didn’t even make sense.” 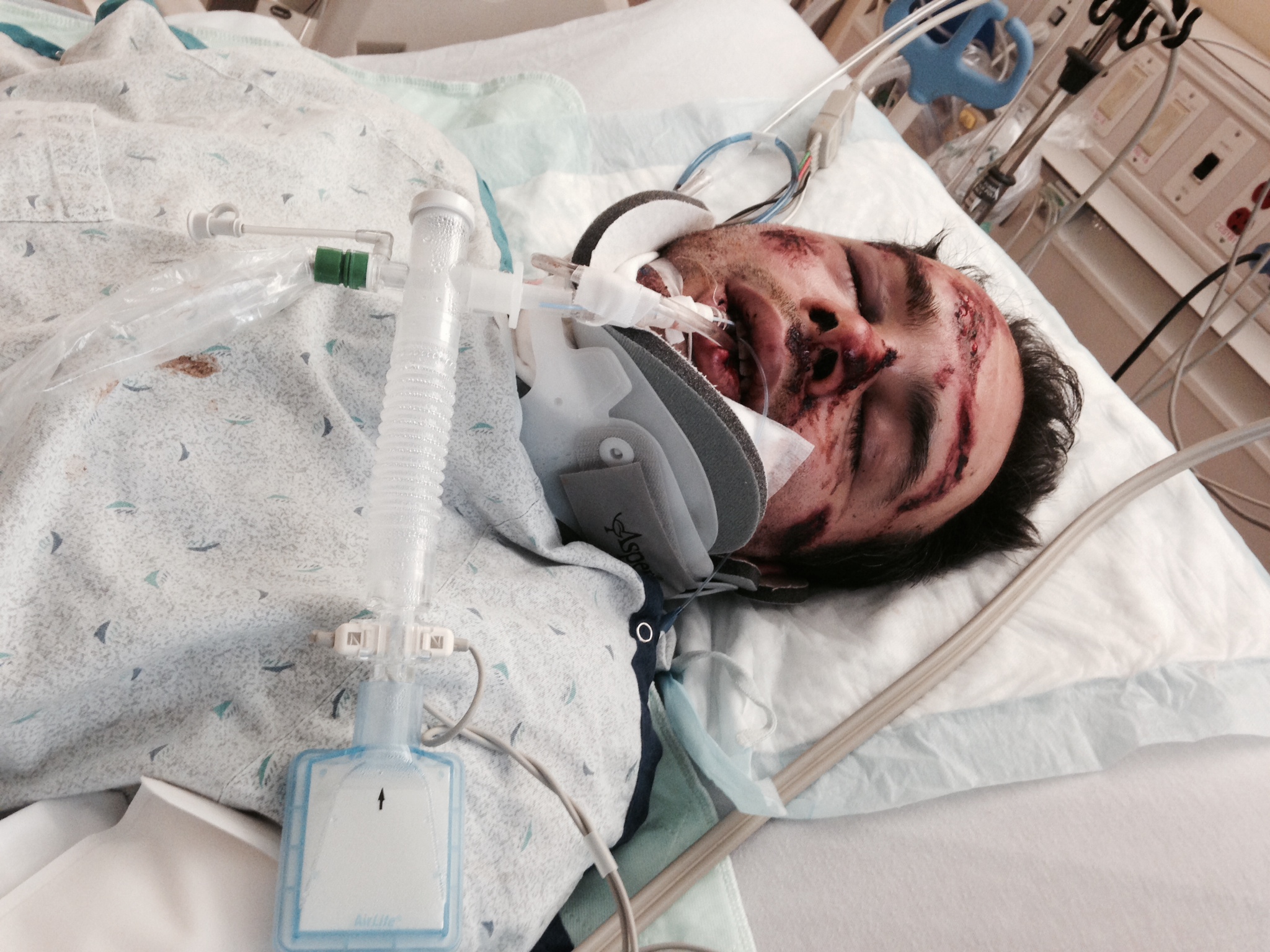 After leaving the hospital Rodrigo had to go to physical therapy three times a week for two months to recover from his injuries.

“The most extreme roller coaster of my life.”

But even more difficult than the physical recovery for Rodrigo, was dealing with the frustration of having been an athlete in great physical condition, who now couldn’t exercise or train like he was used to doing.

“It took me 10 years to get to that level of sports performance, and then I had to start all over again. I was overwhelmed by my feelings, I really faced depression and it took me a good year and a half to get over it,” Rodrigo said.

“I was in denial about the depression, but I got to the point where I had suicidal thoughts and even expressed those thoughts.”

At that point his doctor strongly recommended anti-depression medication. “Looking back now I realize I was saying and doing irrational things, and was an obvious risk to my own health.”

“The aftermath of the cycling accident was the most extreme roller coaster of my life.” Tweet this

After being on anti-depressants for several months, Rodrigo slowly started to feel like himself again.

“It was the most extreme roller coaster of my life. There were so many ups and downs emotionally,” Rodrigo said. “The mind games that go on after an accident like this are the toughest part. My wife tells me that for months after the accident I expressed guilt and kept saying that I would be a better person so that this wouldn’t happen again.”

Living in another person’s shoes

Rodrigo’s wife, Gaby Zapien, was with him every step of the way in the hospital and after, but they often struggled to communicate their feelings to one another throughout the process.

“My wife was always very supportive, in every way I could imagine. But the hardest part was communicating my feelings and frustration,” Rodrigo said. “To try and share this story to your loved ones is difficult.”

“It was hard to talk with someone who has never been in an accident and never had those ups and downs,” Rodrigo said. He often felt that because Gaby wasn’t as interested in athletics and cycling, she didn’t understand the loss that he felt after the accident. “She tried her best, but sometimes her comments could be hurtful without her realizing it.”

“Looking back I really didn’t know how to help him, especially in the psychological part of recovering,” Gaby said.

“After you leave the hospital you don’t really have answers on how to handle all of this. I wish there were more resources and that I had been better prepared for something like this to happen.”

Gaby also faced the stress of taking over the bill paying and other household duties that Rodrigo had always handled, while also caring for their two young sons, now aged six and nine.

“It was hard for me, I had the kids to worry about and I don’t think I was the best support he could have had. I wish I could I have been better,” Gaby said.

Loved ones of accident victims can try to “put themselves in your shoes and think about what you are going through,” Rodrigo said. At the same time, the accident victim must also consider the impact of an accident on his or her family. “Think about what they have to go through while they are supporting you, that can help with the communication and building a healthy environment.”

Rodrigo now wishes that he had sought out injury victim support groups during his depression and physical recovery. “I thought at the time that I didn’t need those people. But maybe I could have gotten something out of talking things through with someone who had the same experience. “

Rodrigo knows that the accident could have been much worse and feels grateful that he still gets to watch his sons grow and reach their milestones. Gaby says that after the accident, Rodrigo reprioritized his life and, even though he did return to triathlons and cycling, the thing he values most now is family time.

“Prior to the accident I was so absorbed by my training and sports enthusiasm, it consumed my life,” Rodrigo said. “But since the accident, racing is nowhere near as priority for me as it once was.”

Now Rodrigo gets more joy out of riding with his children, or doing other activities with them, such as swimming.

“The main thing is to try and keep a good balance. I now spend more active time with my wife and children and doing things around the house. I distribute my time in a much healthier way,” Rodrigo said.

Getting back on the bike

Even immediately after the accident, Rodrigo never had any fear about getting back on the bike, although his crash did scare others. “Close friends don’t ride alone anymore because of my accident; it impacted them more than me in that way.”

Rodrigo still rides alone sometimes, but he takes more precautions now, including making sure his bike is decked out with gadgets to help with safety, and that someone knows where he will be biking and for how long.

Doctors say that Rodrigo will likely never remember the accident itself.

Rodrigo and Gaby did not consider pursuing any legal action because they were unsure of what caused the accident. At first, there were concerns that it may have been a hit and run by a car. But given the condition of the bike after the crash, and the smooth road that he was riding on that day, the more likely theory is that probably a small animal darted out in front of him on the road, causing him to lose control.

The last thing he remembers is filling up his water bottle and getting back on the bike to return home. 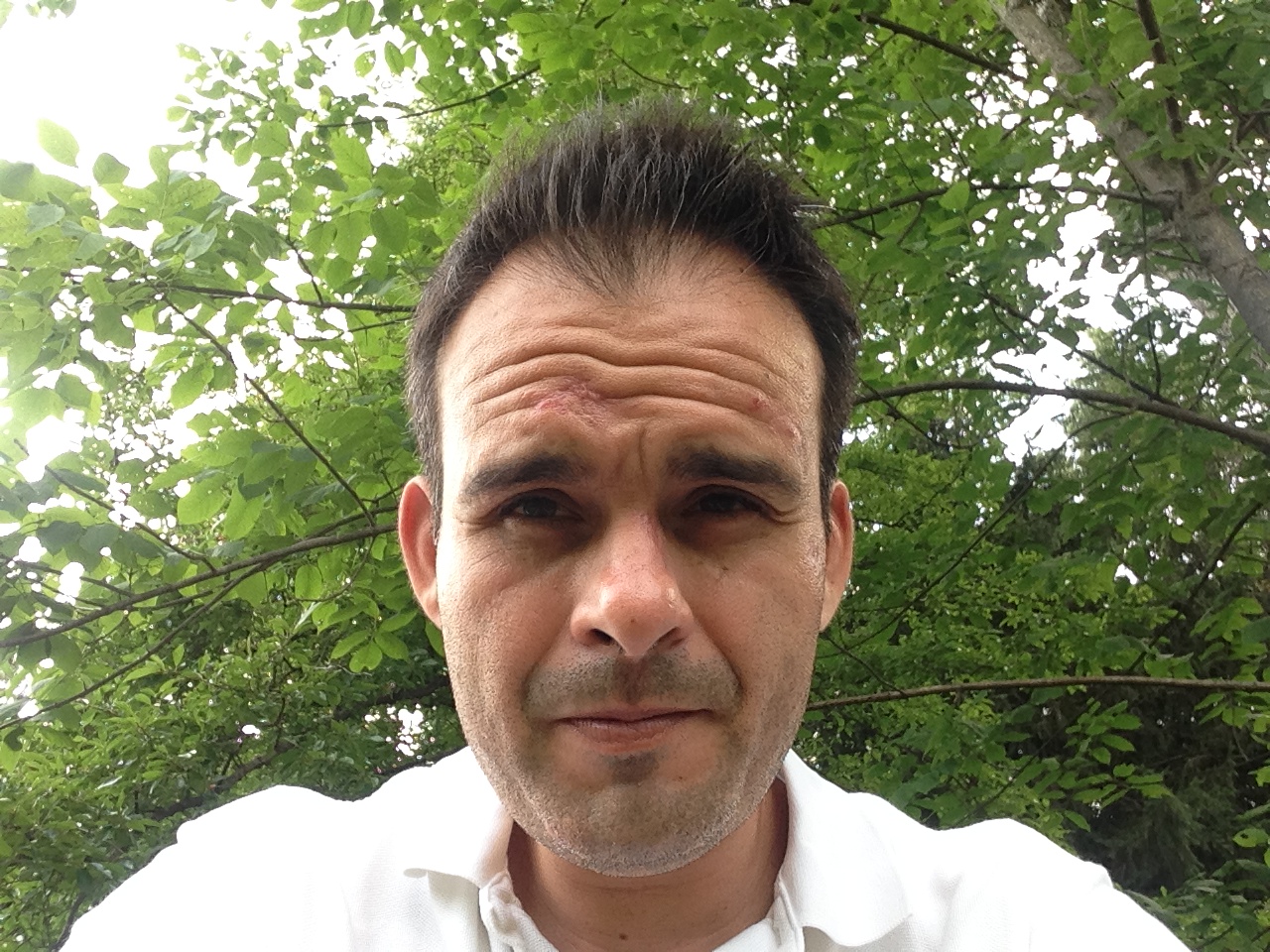 Rodrigo has mostly recovered from his cycling crash, but he is still working his way back to being the athlete he used to be.

Although Rodrigo had good medical insurance through his employer at the time, he is still paying medical bills from the accident.

In the immediate aftermath, Rodrigo and Gaby had to be very careful with reviewing bills to make sure the hospital and doctors were not overcharging them.

“It was very stressful, but we were lucky that the Human Resources department in his company could help us,” Gaby said.

Although Rodrigo’s employer was supportive after the accident, he was eventually laid off due to financial problems at the company. He is now a co-owner of his own business, which provides high-quality steel belts.

Rodrigo is slowly working his way back to his former athletic capabilities. He has even completed triathlons and full marathons since the crash. But now he realizes that there are much more important things in life than having the best racing times.

“My race comeback time was awful, catastrophic by my standards,” Rodrigo said. “But now I get more joy out of these events by just having my kids there to watch me cross the finish line.”