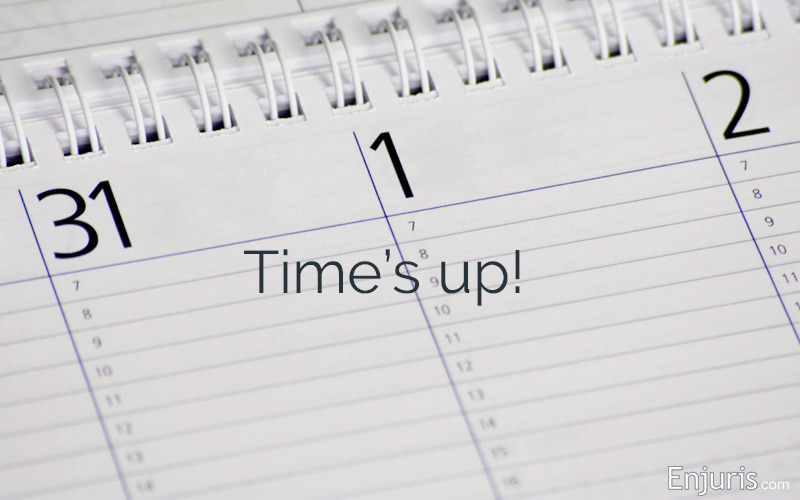 If you’ve been injured in an auto accident, there’s a good chance you’re feeling overwhelmed. You’re undoubtedly worried about your short and long-term health, whether or not you’ll need to miss time at work, and how you’ll pay for mounting hospital bills.

Let’s take a closer look at the statute of limitations for auto accidents in Georgia.

What’s the statute of limitations?

The amount of time you have to file a lawsuit depends on the state where you’re filing your lawsuit and the nature of your claim.

What’s the statute of limitations for an auto accident in Georgia?

If you’re involved in an auto accident (whether it’s a car accident, truck accident, motorcycle accident, or even a bicycle or pedestrian accident), there are 3 types of damage you may suffer:

The amount of time you have to file a lawsuit depends on the type of damage you suffer.

Under Georgia Code Section 9-3-32, all actions for damages related to the destruction of personal property must be brought within 4 years.

Under Georgia Code Section 9-3-33, all actions for physical injuries must be brought within 2 years.

Under Georgia Code Section 9-3-33, all wrongful death actions must be brought within 4 years.

In most cases, the clock starts running at the time of the accident.

However, in cases where your physical injury doesn’t become apparent until after the accident, the clock won’t start running until you discover the injury.

Billy is involved in a car accident on West Montgomery Cross Road in Savannah, Georgia on January 1, 2020. His vehicle sustains some minor damage, but Billy doesn’t think he’s injured and doesn’t go to the hospital. The next morning, January 2, Billy wakes up and can’t turn his neck. He makes an appointment with his doctor for the following week, January 8, at which time he’s diagnosed with a herniated disc.

Billy decides to file a personal injury lawsuit to recover medical expenses. By what date must Billy file his lawsuit?

Billy has to file his personal injury lawsuit by January 2, 2022 (not when the injury occurred or when he was formally diagnosed, but when he discovered that he suffered a physical injury). On the other hand, if Billy decides he merely wants to file a lawsuit to recover the expense of repairing the damage to his car, he has until January 1, 2024.

Exceptions to the statute of limitations

When it comes to how long you have to file your auto accident claim in Georgia, there are a couple of notable exceptions to keep in mind.

First, if you’re a minor at the time of the accident, the statute of limitations doesn’t start to run until you turn 18.

Second, if you’re suing the government (perhaps the accident involved a bus owned by the city), a written notice of claim must be submitted to the appropriate entities within 12 months of the date the loss was discovered.