Let’s take a look at the case behind the Supreme Court ruling, as well as what the ruling means for Floridians.

What happened to Gianinna Gallardo?

In 2008, 13-year-old Gianinna Gallardo, a resident of Lee County, Florida, was struck by a pickup truck when she stepped off of a Lee County school bus.

Medicaid is a government health insurance program available to people with a limited income. Medicaid sends payment directly to your health care providers. More than 80.9 million people are covered by Medicaid across the U.S.

To receive Medicaid in Florida, you must be a resident of Florida. You must also be one of the following:

You can find out whether you might be eligible for Florida Medicaid benefits here and you can apply for coverage here.

Gianinna’s parents filed a personal injury lawsuit against the owner of the truck and the Lee County School Board. The lawsuit resulted in a settlement in which Giannina received $800,000, including $35,367 for past medical expenses.

Under the “collateral source rule,” a personal injury victim can recover money for medical expenses even if those medical expenses were paid by another source (such as a health insurer). The other source can then exercise its “right of subrogation” to seek reimbursement from the victim.

Florida’s Medicaid program claimed it was entitled to recoup not just the $35,367 awarded for Giannina’s past medical care but an additional $264,633 earmarked for Gianinna’s future medical care.

The subrogation question went all the way to the U.S. Supreme Court.

The opinion explained that the plain text of the law (42 USC § 1396K(a)(1)(A)), which broadly assigned to the state all of the beneficiary’s rights to payment for medical care from any third party, covers the rights to past medical expenses and future medical expenses. In other words, the relevant distinction is not between past and future expenses, but rather between medical and nonmedical expenses.

Justice Sonia Sotomayor, in a dissent (the opinion disagreeing with the majority opinion) joined by Justice Stephen Breyer, argued that the decision is “inconsistent with the structure of the Medicaid program and will cause needless unfairness and disruption.” To put it simply, Medicaid “is not a loan,” wrote Justice Sotomayor.

One of the interesting things about this case is that Florida might recoup money for future medical care that it won’t actually pay for. For example, Gianinna’s financial situation could change and she might not qualify for Medicaid in the future.

What the Florida Medicaid ruling means for Floridians

If you’re involved in an accident in Florida, reimbursement could come in several forms, including Medicaid. However, if you file a lawsuit and recover damages, you’ll be required to reimburse Medicaid even if the money you received in the settlement is allocated for future medical costs.

The U.S. Supreme Court’s ruling essentially reduces the damages plaintiffs can pocket. This may have the unintended consequence of making it less likely that accident victims will file lawsuits.

The ruling is all the more reason accident victims should hire an experienced personal injury attorney who is up to date on the most recent rulings and able to recoup ALL of the money available from ALL of the liable parties. 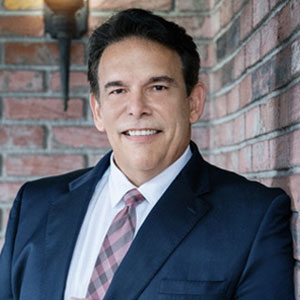