Tesla is making history, but this time for the wrong reasons.

Los Angeles County prosecutors recently filed 2 counts of vehicular manslaughter against the driver of a Tesla Model S. The driver is the 1st person to be charged with a felony in the United States for a fatal crash involving an automated driving system.

Although the historic criminal charges are getting most of the headlines, a couple of related civil lawsuits filed against the driver could have far-reaching implications.

On December 29, 2019, Kevin George Aziz Riad was driving his black Tesla Model S at a high speed when it ran a red light in the Los Angeles suburb of Gardena and slammed into the driver’s side of a Honda Civic heading west on Artesia Boulevard.

Both occupants of the Honda Civic, Gilberto Alcazar Lopez, age 40, and Maria Guadalupe Nieves-López, age 39, died at the scene.

Investigators from the National Highway Traffic Safety Administration (NHTSA) confirmed that the Tesla’s Autopilot features were in use at the time of the crash.

Tesla’s Autopilot system, which comes standard on every new Tesla, is an advanced driver-assistance system that, among other things, enables the vehicle to steer, accelerate, and brake on its own.

Although Tesla’s Autopilot system is intended to “enhance safety and convenience behind the wheel,” the NHTSA has spent a significant amount of time reviewing the widespread misuse of Autopilot by drivers whose overconfidence and inattention (termed “automation complacency”) has been blamed for multiple crashes.

Criminal charges filed against the driver

Riad pleaded not guilty and is free on bail while the case is pending.

The charges are historic, as they mark the 1st U.S. case in which serious criminal charges were filed in a fatal crash involving an automated driving system.

Civil charges filed against the driver and Tesla

The families of the victims have filed wrongful death lawsuits against Kevin George Aziz Riad and Tesla.

The question of who should be held civilly liable—the driver or the manufacturer—when an automated car causes an accident has been the topic of much debate.

Practically speaking, if you’re injured in a self-driving car accident, your lawyer is likely to sue both the manufacturer and the driver of the vehicle.

The wrongful death lawsuits filed against Riad and Tesla could set a powerful precedent for holding the driver, manufacturer, or both liable following a crash.

When a person is arrested and charged with a crime, they are brought to a criminal court where the government, on behalf of the people of the U.S., prosecutes the case. The goal of a criminal court is to punish criminals through fines or jail time.

Enjuris tip:Learn more about the differences between civil and criminal law.

Who do you think should be held liable when an automated car crashes? 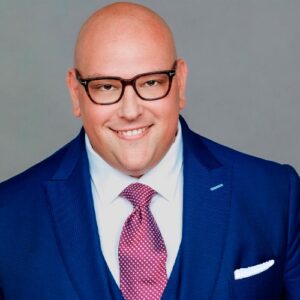