The parents of a teen who was killed in a car crash in Los Angeles have reached a $6.5 million settlement with Los Angeles County.

Let’s take a look at what went wrong and when counties can be held liable for car accidents.

Table of Contents + show
What happened?
Civil lawsuit
Litigation and settlement
When can you sue a municipality or local government for a car crash?

On March 7, 2017, Tung Ming, a resident of Rancho Palos Verdes, was driving northbound on Crenshaw Boulevard in Los Angeles when Darryl Hicks, a resident of Los Angeles, made an illegal U-turn and struck Ming’s vehicle.

Instead of pulling to the side of the road and exchanging information as required under California law, Hicks fled the scene.

Ming immediately made the fateful decision to follow Hicks’s Audi A6. While following the car along Crenshaw Boulevard, Ming called 9-1-1 to report the incident. The 9-1-1 operator, Jessica Lynn Linsay, instructed Ming to get Hicks’s license plate number.

In the meantime, Jesse Esphorst Jr. and his father were driving home from a baseball game. As they passed through a green light at the intersection of Crenshaw Boulevard and Crest Road, their minivan was struck by Hicks and then by Ming—both of whom had run a red light going nearly 80 mph.

Jesse died of his injuries shortly after the crash. Jesse’s father suffered serious injuries but survived.

Jesse’s parents and sisters described the 16-year-old sophomore at South Torrance High School as a “kind, loving teenager.” He was a talented baseball player who had received inquiries from college and professional scouts. Just hours before the crash, Jesse had hit a home run to help his varsity team clinch a victory.

Julie and Jesse Esphorst, the parents of Jesse Esphorst Jr., filed a wrongful death lawsuit against Los Angeles County, the California Department of Transportation, and others.

Los Angeles County was named in the suit because the parents alleged that the actions of the government-employed 9-1-1 operator contributed to the crash.

More specifically, the lawsuit alleged that the operator, who spoke to Ming for more than 1 minute on the phone, failed to tell Ming to pull over and stop the pursuit. Instead, the operator encouraged Ming to obtain Hicks’s license plate number.

According to the lawsuit:

“[9-1-1 operators] are trained, instructed, and mandated to never instruct a caller to pursue a suspect, exceed the posted speed limit, operate a motor vehicle while on a cellphone, or take any action that would unnecessarily endanger the health and safety of the caller and/or the general public.”

The lawsuit further alleged that the defective condition of the road contributed to the crash. Specifically, the intersection had a blind curve and was undergoing roadwork at the time of the crash, creating a “chaotic traffic situation, significant risk, and an undiscovered trap for motorists.”

What’s the difference between criminal charges and a civil lawsuit?

When a person is arrested and charged with a crime, they are brought to a criminal court where the government, on behalf of the people of the United States, prosecutes the case. The goal of a criminal court is to punish criminals through fines or jail time.

When a person sues another person for damages, they do so in a civil court. The goal of a civil court is to compensate the plaintiff for any injuries they suffered as a result of the defendant’s actions or inactions.

A car accident lawsuit can be tried in a civil court even if no criminal charges are filed against the defendant. What’s more, because civil suits use a “preponderance of the evidence” standard, which is less stringent than the criminal “beyond a reasonable doubt” standard, victims of a car crash can recover civil damages even if the criminal court declares the defendant innocent of the crime.

Lawyers representing Los Angeles County attempted to have Jesse’s parents’ lawsuit dismissed by arguing that the 9-1-1 operator enjoyed immunity as a law enforcement officer acting within the scope of her duties.

In response, the Esphorsts’ attorney argued that immunity does not apply when a government employee acts in a “grossly negligent manner.” In other words, the dispatcher’s conduct was an extreme departure from ordinary police practices, and, therefore, immunity doesn’t apply.

The judge sided with the Esphorsts’ attorney.

When can you sue a municipality or local government for a car crash?

Sovereign immunity is a legal doctrine that prevents state governments, local governments, municipalities, political subdivisions, and their employees from being sued without their consent.

For example, if a state employee (such as a California Department of Transportation worker) causes a car accident while on the job, the doctrine of sovereign immunity may prevent any injured parties from suing the state employee or their employer.

The idea behind sovereign immunity is that governments wouldn’t be able to function if they faced potential liability for all the actions of their employees.

In California, sovereign immunity only applies in a handful of situations.

For example, emergency rescue personnel in California are immune from liability for injuries caused by actions taken within the scope of their employment, but only if the actions weren’t grossly negligent.

Even when sovereign immunity doesn’t apply, there are certain hoops a plaintiff must jump through when suing the government. For example, in California, plaintiffs must file a notice that meets the requirements of the California Tort Claims Act. If a plaintiff doesn’t file the notice within the required time period, they may be barred from filing their lawsuit.

The bottom line is that hiring an experienced California personal injury attorney is a good idea if you’re thinking about suing a municipality or local government. 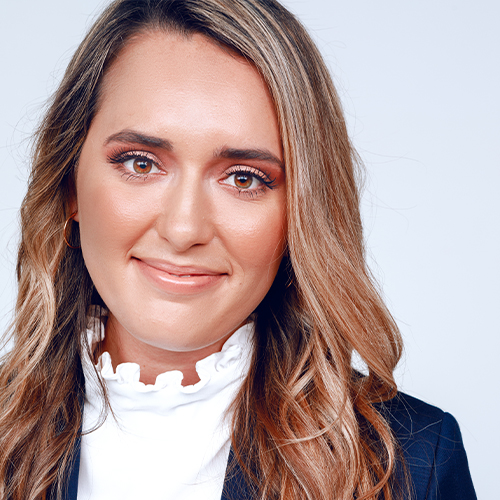 Irvine personal injury law firm MVP Accident Attorneys advocates for injured clients to recover compensation for losses from California car accidents, slip-and-fall accidents, brain injuries, spinal cord injuries, and other personal injuries. Our team will work tirelessly for you, whether it’s recovering economic damages like costs for medical treatment, non-economic damages for outcomes like emotional trauma, or even punitive damages. MVP Accident Attorneys is the official law firm of the LA Galaxy. Visit the firm’s Enjuris profile and website to get in touch.