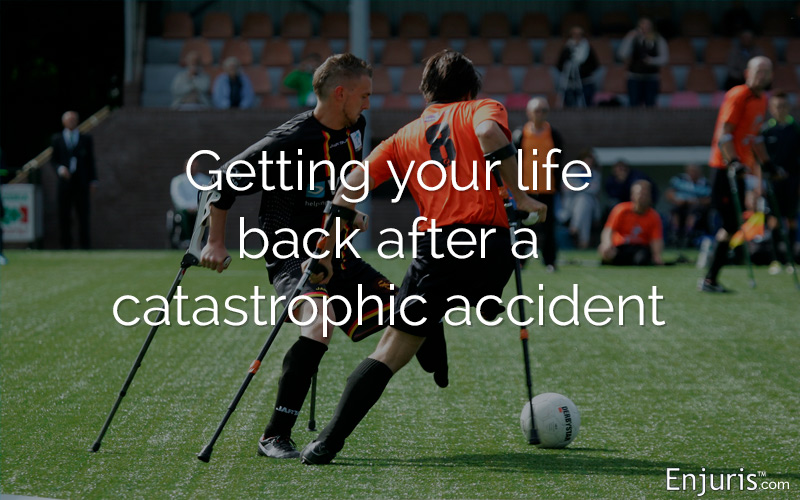 All accident injuries are challenging, but injuries resulting in amputation or disfigurement—which serve as constant reminders of the horrific accident—tend to be more difficult to overcome than other injuries.

What’s more, according to hospital discharge data, the number of total amputations performed in Arizona each year increased by 85.48% from 1997-2014. 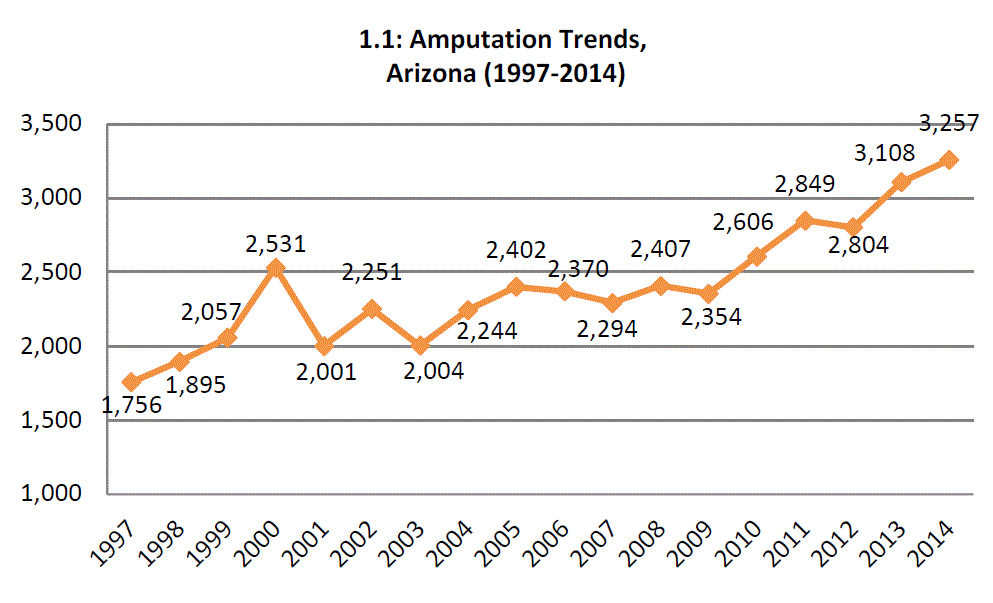 Though recent scientific advances have been encouraging, such injuries are still considered “catastrophic” and generally result in settlements and verdicts larger than other personal injury lawsuits.

Let’s take a closer look at amputations and disfigurements, the ways in which these cases differ from other personal injury claims in Arizona, and the potential damages that are available.

What’s considered an amputation or disfigurement?

The term “amputation” refers to the removal of all or part of a limb or extremity. An amputation might result from an external injury (such as a car accident or serious burn), a severe infection, or a necessary medical procedure.

The term “disfigurement” refers to an injury that impairs the appearance of a person (such as a facial scar).

Disfigurements and amputations are commonly thought of as “catastrophic” or “permanent” injuries. While the causes of these injuries vary greatly, some of the more common incidents that result in amputation or disfigurement include:

According to the Amputee Coalition, nearly 2 million people live with limb loss in the United States. Tweet this

What makes an amputation or disfigurement case different?

Amputation and disfigurement cases tend to result in higher settlements and verdicts. One of the reasons for this is that the medical costs association with an amputation or disfigurement are significant.

In Arizona, the lifetime cost for a person with a unilateral lower extremity amputation is estimated to be more than $500,000.

Amputation and disfigurement victims often require medication, repeated doctor visits, and physical therapy for much if not all of their lives.

Enjuris tip: It’s important to keep track of all your expenses following an accident that results in an amputation or disfigurement. Use our free Damages/Expenses Worksheet to keep track.

But there are also less tangible difficulties that result from amputations and severe disfigurement. Such injuries often carry a host of psychological consequences, including anxiety, low self-esteem, depression, sexual problems, and an inability to make friends.

Further, amputation and disfigurement victims may receive higher compensation based on the simple fact that their injuries are generally more visible to judges, jurors, and insurance companies. Unlike someone who claims to experience neck pain as a result of a car accident, there’s no questioning someone who claims to have lost an arm as a result of a car accident. The evidence of the injury is clearly visible every time the victim enters into the courtroom.

Arizona’s workers’ compensation laws are designed to ensure that employees who are injured at work receive compensation without having to file lawsuits against their employers.

Arizona employees who are injured on the job are entitled to compensation (sometimes called “income replacement benefits” or “wage loss benefits”). The available compensation depends on the type of injury suffered by the employee.

Generally for these injuries, compensation of 55% of the average monthly wage of the injured employee, in addition to the compensation for temporary total disability, should be paid for the designated period.

So, for example, if you lose your thumb because of a work-related accident, you can receive 55% of your average monthly wage for up to 15 months.

What laws exist in Arizona relating to amputation and disfigurement?

In Arizona, the statute of limitations for personal injury claims is generally 2 years regardless of whether the injured person suffered an amputation or disfigurement.

Arizona is a pure comparative fault state, which means that if you’re partially responsible for the accident that caused your amputation or disfigurement, your damages will be reduced by your percentage of fault.

Enjuris tip: Read more about pure comparative fault and other ways a plaintiff’s damages might be reduced in Arizona.

Resources for amputation and disfigurement survivors

Speaking with or reading about other people who are going through a similar experience can be very therapeutic. Here are some resources for you to consider: