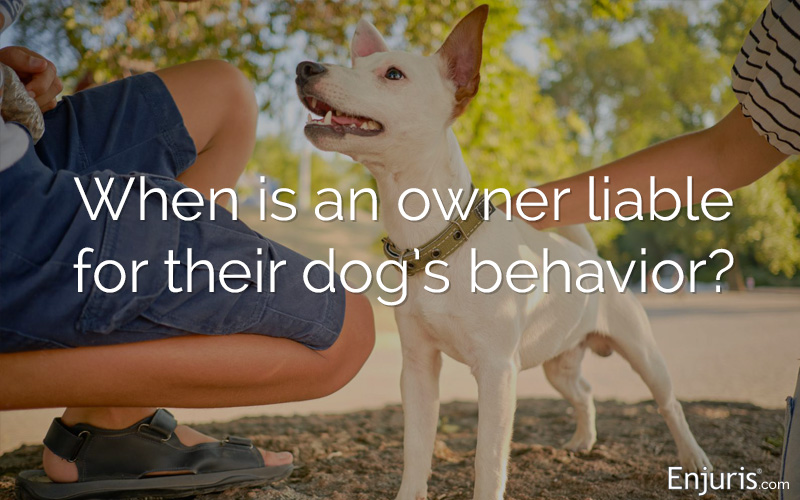 Table of Contents + show
Find out when a dog owner is liable for a dog bite
Alabama’s new dog bite laws
Common defenses to dog bite claims
Dog bite injuries and available damages in Alabama
Alabama dog bite statute of limitations
How to file a dog bite lawsuit in Alabama
What to do if you’re bit by a dog
Other Alabama laws governing dogs
What is Emily’s Law?
Overview of the laws governing the civil liability of dog owners when their pet bite someone.

Approximately 48 percent of people in Alabama own at least 1 dog.

According to research published by Injury Epidemiology, about 4.5 million people in the United States are bitten by dogs each year. Of these people, approximately 19 percent need medical attention.

Let’s take a closer look at dog bite injuries and laws in Alabama.

All 50 states have laws in place that determine when a dog owner is liable for a dog bite. In most cases, states have adopted either a strict liability law or a one-bite law.

Let’s take a look at each law:

With respect to dog bite liability, Alabama has adopted a strict liability law and a one-bite law. Tweet this

If the person bit is on the dog owner’s property when the bite occurs, the owner is strictly liable for any injuries that result.

Let’s look at an example.

As soon as Kelly enters Angela’s home, Cooper attacks her. Kelly suffers serious bite wounds on her hands and arms.

Angela is shocked because Cooper has never bitten anyone before or shown any signs of aggression.

Is Angela liable for Kelly’s injuries?

Yes. Because Kelly was bitten on Angela’s property, Angela is strictly liable for any injuries.

If the person bitten is NOT on the dog owner’s property when the bite occurs, the one-bite law applies. In other words, the dog’s owner is only liable if the injured person can prove that the dog’s owner should have known about the dog’s violent propensities.

Let’s look at an example.

Jason is walking his Labrador retriever, Bella, without a leash along King Valley Drive in Pelham, Alabama. As Bella passes a 10-year-old boy named Curtis, Bella suddenly jumps up and bites Curtis.

Jason is shocked because Bella has never bitten anyone or shown any signs of aggression.

Is Jason liable for Curtis’s injuries?

No. Jason is not liable because Bella has never shown any violent propensities prior to biting Curtis.

Dog bite cases are pretty straightforward when strict liability applies. The only defenses are:

When the one-bite law applies, cases are often more complicated. This is because the focus of litigation is generally on whether the dog exhibited violent behavior before the bite and whether the owner knew or should have known about these behaviors.

Any of the following might be used to prove that a dog exhibited violent behavior before the attack:

The severity of dog bite injuries usually depends on the breed of the dog, the characteristics of the person bitten and the location of the bite.

A dog’s teeth and jaw are very powerful and can crush or tear muscles and skin and even cause fatal damage to intestinal organs. What’s more, because a dog’s mouth is full of bacteria, any bite that punctures the skin can introduce bacteria or other infectious organisms below the skin’s surface. If left untreated, the bacteria can spread and cause serious issues.

Facing factsAccording to data published in the American Family Physician, about 44 percent of the people who seek medical treatment for dog bite injuries are under the age of 14.

Alabama limits the amount of time a plaintiff has to file a lawsuit following a dog bite.

This time limit—called the statute of limitations—is 2 years. In other words, a plaintiff has 2 years from the date of the dog bite to file a lawsuit.

If the plaintiff fails to file a lawsuit within the statute of limitations, they will forever be barred from filing a lawsuit based on that dog bite.

There are some exceptions to the 2-year statute of limitations. For example, if a minor is bitten, the 2-year clock won’t start ticking until the minor turns 18.

It’s always a good idea to meet with an attorney as soon as possible following a dog bite to determine when the statute of limitations expires.

How to file a dog bite lawsuit in Alabama

If you suffered a dog bite and wish to file a lawsuit, you’ll most likely file your lawsuit in 1 of 2 courts:

It may not be necessary to file a personal injury lawsuit after suffering a dog bite. Injuries caused by dogs are often covered under the dog owner’s homeowners insurance policy.

If the insurance company denies your claim or gives you a low-ball offer, consider reaching out to an experienced personal injury attorney.

Real Life Example:Paula Gail Holleman, the mother of Ruthie Mae Brown, a mother of 4 who was attacked and killed by dogs while walking on Jagger Road in Nauvoo, Alabama, filed a wrongful death lawsuit in Walker County Circuit Court on behalf of her daughter.

Court documents state the dogs “have killed and injured livestock, have attempted to attack postal workers and Census workers, and have been a nuisance and a danger to the public.”

The lawsuit has yet to be resolved.

What to do if you’re bit by a dog

If you’re bit by a dog, your priority should be getting proper medical attention. Remember, dog bites can lead to infections, so it’s a good idea to see a doctor even if you don’t think the dog bite you suffered was serious.

Once you’ve taken care of your physical health, it’s a good idea to start collecting evidence in case you later decide to file an insurance claim or personal injury lawsuit.

Here are some pieces of evidence that you should gather if you can:

Why do dogs bite?

Puppies frequently nip as a way of exploring or playing. When it comes to adult dogs, biting usually has some other underlying reason.

According to the American Veterinary Medical Association (AVMA), dogs may bite:

Alabama has some other laws that govern dogs and the interaction of dogs and humans. Most of these laws can be found in Title 3 of the Alabama Code.

Let’s take a look at some of the highlights:

What is Emily’s Law?

Alabama Governor Kay Ivey signed Emily’s Law in 2018. The law is named after Emily Colvin, a 24-year-old Jackson County resident who died after being attacked by a pack of dogs.

Under the law, a dog that is considered by a court to be “dangerous” must be humanely euthanized or returned to its owners with strict supervision and quarantine requirements if the dog:

Are you ready to talk to an attorney about your dog bite case? Enjuris offers a free online legal directory to help you find an experienced Alabama personal injury attorney near you.