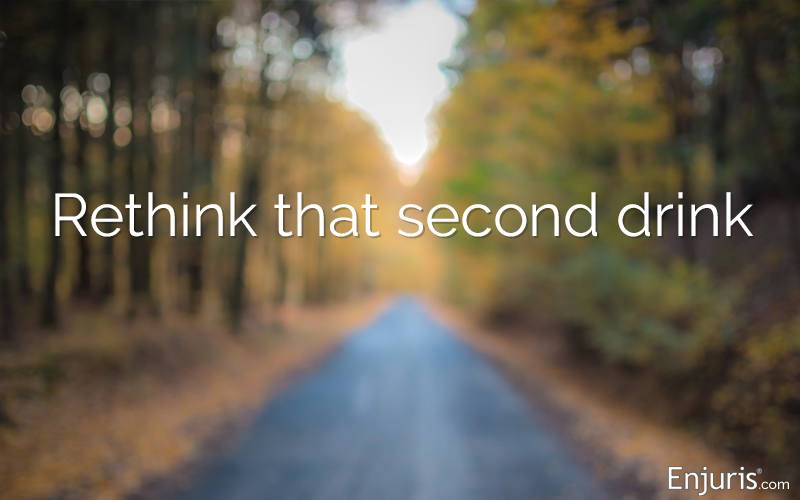 Table of Contents + show
Virginia DUI laws and what to do if you’re injured in a car accident caused by a drunk or drugged driver
Legal alcohol limit for driving in Virginia
Driving high on marijuana and other drugs
Implied consent laws in Virginia
Virginia dram shop laws and social host liability
Penalties for driving under the influence
Virginia’s open container laws
What to do if you’re hit by a drunk driver
Liability and damages in a drunk driving case
What’s the legal limit in Virginia? Can you be convicted of a DUI even if you’re below the legal limit? Do you have to consent to a field sobriety test? What should you do if you’re hit by a drunk driver? Here’s what you need to know about driving under the influence in Virginia.

Virginia is one of the safest states in the country when it comes to drunk driving accidents. After considering numerous factors, including driving under the influence (DUI) arrests and fatality rates, Virginia ranks as the 11th safest state in the country.

Not coincidentally, Virginia has some of the strictest drunk driving laws in the nation. Let’s take a look at some of those laws, as well as how a DUI may impact your personal injury claim.

In Virginia, you’ll receive a DUI if you're operating a motor vehicle (or watercraft) and your blood-alcohol content (BAC) is .08% or higher. If you’re a commercial driver (CDL holder), the legal limit drops to .04%.

If you’re under the age of 21, Virginia has a “zero tolerance” law, which means you’ll be charged with a DUI if you’re under 21 and have any alcohol in your system.

Yes! Even if your BAC is less than .08%, you may be considered “under the influence” if evidence shows that your ability to operate a motor vehicle is “impaired.” In such cases, the DUI penalty is the same as if you had a BAC of .08% or more.

Driving high on marijuana and other drugs

In Virginia, if a police officer believes that marijuana or some other drug (including a prescription drug) is impairing your ability to drive safely, you can be charged with a DUI.

In addition to alcohol, you can be charged with a #DUI in #Virginia if marijuana or some other drug (including a prescription drug) is impairing your ability to drive safely. Tweet this

Additionally, you will automatically be charged with a DUI if you have a BAC equal to or greater than any of the following:

When you operate a motor vehicle in Virginia, you automatically give consent to the Virginia police to test your BAC level, so long as the officer has “reasonable grounds” to believe you’re driving under the influence or that you’re under 21 and have consumed alcohol. This is known as an implied consent law.

If you unreasonably refuse a BAC test, Virginia law requires the court to suspend your driver’s license for 1 year. A second refusal results in a 3-year suspension.

A dram shop law is a law that makes a business or social host that serves alcohol to a person who is obviously intoxicated strictly liable to anyone injured by the drunken person.

Virginia is one of the few states that does NOT have any dram shop laws. Rather, the drunken person is held responsible for any injuries they cause. Nevertheless, businesses and social hosts who serve minors may face criminal liability.

Penalties for driving under the influence

Penalties for DUI in Virginia vary depending on the circumstances of the arrest and conviction. Factors that may elevate the punishment for drunk driving include:

Let’s take a closer look at the penalties for DUI in Virginia.

A first DUI conviction carries with it the following minimum penalties:

In addition to the above penalties:

Finally, if you were transporting a juvenile passenger (age 17 or younger), you face an additional 5-day jail term and an additional fine of at least $500.

A second DUI conviction carries with it the following minimum penalties:

In addition to the above penalties:

Finally, if you were transporting a juvenile passenger (age 17 or younger), you face an additional 5-day jail term, an additional fine of at least $500, and 80-hours of community service.

A third DUI conviction carries with it the following minimum penalties:

If you have an open container of alcohol in the passenger area of your vehicle (the area designed to seat the driver and passengers and any area within the driver’s reach), you can be charged with drinking while operating a motor vehicle.

A drinking-while-operating-a-motor-vehicle conviction is punishable as a Class 4 misdemeanor, which carries with it a fine of $250.

Did you know it’s against the law to drive with an open container in Virginia? Tweet this

What to do if you’re hit by a drunk driver

If you’re hit by a drunk driver, the first thing you need to do is get medical care. This is important for your health. It’s also important for creating evidence that can help support an insurance claim or personal injury lawsuit down the road.

Enjuris tip: For some serious injuries, including internal injuries and whiplash, the symptoms don’t appear until hours, days, or even weeks after the injury was sustained. Even if you feel okay, it’s important to see your doctor after a drunk driving accident.

In addition to calling an ambulance (if necessary), you should call the police immediately. The police can administer a field sobriety test, help collect the drunk driver’s contact and insurance information, and diffuse any dangerous confrontations (which is always possible when a drunk driver is involved).

Once the authorities have been alerted and you make sure you're physically okay, contact a car accident attorney near you. The drunk driver will face jail time and fines, but you’ll need to hire your own attorney if you want to sue for damages stemming from the accident.

Liability and damages in a drunk driving case

Fortunately, proving that a drunk driver was responsible for an accident is generally pretty simple, so long as the driver was actually charged with DUI.

Need help finding an attorney? Use our free online legal directory to find an experienced attorney in your area.