The number one cause of teen death in America isn’t drugs, suicide or homicide - it’s fatal car accidents. In fact, Harris County saw 110,489 car accidents in 2015 alone according to the Texas Department of Transportation. (Source: Enjuris: Car Accidents). Car crashes kill as many teens as the next two causes combined. Tragically, many of these crashes are preventable.

Every day in the U.S., six teen drivers (ages 16-19) die in a motor vehicle crash. Though the number of fatal teen car accidents has steadily decreased in the last decade, teen drivers are still nearly three times more likely to be in a fatal car crash than drivers aged 20 and older. Though young drivers make up only a small percentage of all motorists on the road, the rate of fatal crashes involving teen drivers (especially among males) is disproportionately high. 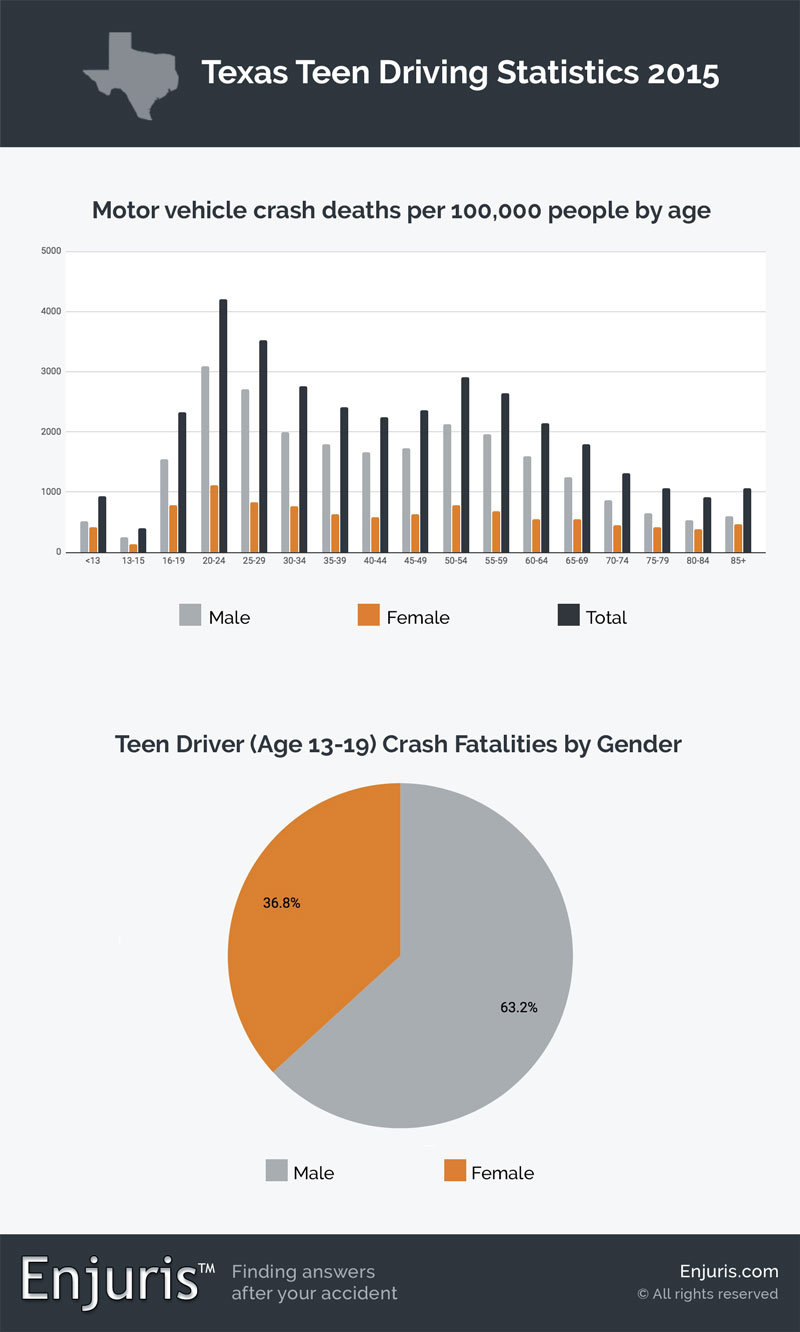 Studies and surveys repeatedly show that parents play a key role in influencing their teen’s driving habits. Being a good role model for your young driver is critical to getting teens to take the responsibility of driving seriously. Using your cellphone or speeding when behind-the-wheel sets a poor example.

Parents also seem to be woefully unaware of their teen’s driving habits. One Allstate Foundation study found that while almost a quarter (23 percent) of teens admit to driving while under the influence of alcohol or drugs, only 7 percent of parents believe it or knew about it. Similarly, only 63 percent of parents believed their child engaged in distracted driving behavior, yet 23 percent of teens admitted to doing so.

Moral of the story: Parents of teens should be involved from the beginning in teaching their child the importance of safe driving, and stay involved to ensure that their teen doesn’t become another statistic.

To learn more about the importance of parent involvement in teen driver education, visit DriveitHOME.org and the CDC website.

Driving a car is a huge responsibility and one of the first steps a teen reaches on their path to adulthood. Many government agencies and private organizations in Texas and across the nation are committed to helping keep young drivers safer on the roads by providing testing, evaluation and mandatory driver safety courses.

Continue reading to learn about Texas’ Graduated Driver License program and how to obtain a driver’s license in the state. We’ll also provide a comprehensive list of resources for parents and teens to make the process easier.

In 2002, Texas, along with a growing number of states, adopted a Graduated Driver Licensing system which has been shown to help reduce crashes involving teen drivers by 20-40%. By allowing young drivers to gradually build experience and skills in lower risk conditions, GDL programs help minimize teen driver exposure to high crash risk situations, such as nighttime driving and teen passengers.

In addition to meeting the regular requirements for applying for a Texas driver license, drivers under that age of 18 must meet the standards of the Graduated Driver License Program. Under the GDL system, there are three phases of licensure:

At Enjuris, we fully support the GDL system due to its proven ability to reduce accident risk and develop important driving skills in young drivers. We understand, though, that the process can be confusing for parents and teens across the state of Texas...

If you have a teen looking to get their driver’s license, or you are a teen ready to become a licensed driver, here’s what you need to know about getting licensed in the state of Texas.