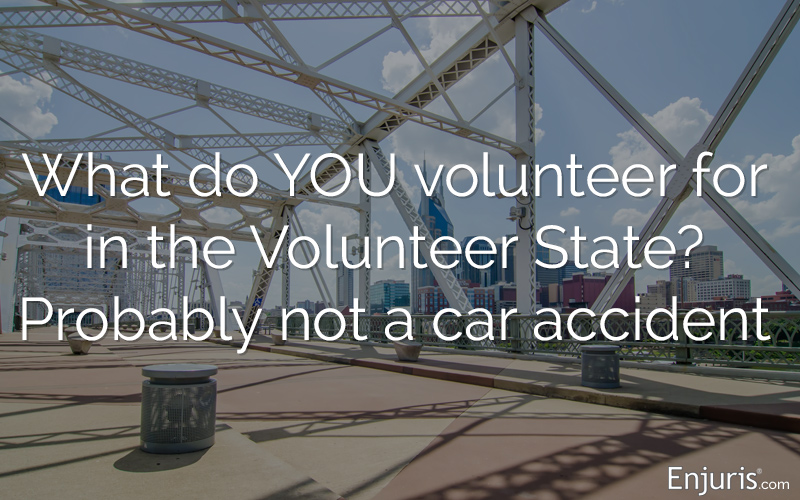 Guide to legal options after a pedestrian injury

Walking is one of the best ways to get around. It benefits your health in a variety of ways, it saves on pollution and energy use, and it’s free! But it’s not completely risk-free.

A pedestrian is someone on foot or using a skateboard, roller skates, sleds, or other vehicles outside of bicycles or motorcycles. Overall, the number of pedestrian-related accidents in Tennessee has increased over the past decade. The percent change in pedestrian crashes between 2009 and 2019 is nearly 42%.

Young children and adults over 65 years old are the most likely groups of people to be injured in a pedestrian accident.

Children between the ages of 5 and 9 years old are particularly vulnerable. Most pedestrian accidents involving children are close to their homes. Children at that age don’t usually have a good sense of danger, they can be impulsive, and they don’t always take the time to correctly assess risk. The perfect example is the child who excitedly runs into the street without looking both ways when their ball or toy rolls away.

You might teach your child to look both ways before crossing the street, but young children are commonly not developmentally ready to understand the risk. They might turn their heads to “go through the motions,” but they might not actually perceive the danger of a car approaching. And, you can never remind them too many times... think about how often you remind them of other things (like brushing their teeth or picking up their toys)!

The glare from the rising or setting sun can have a dramatic effect on a driver’s visibility. The National Highway Traffic Safety Administration estimates that a quarter of pedestrian fatalities (25%) are between 4 p.m. and 8 p.m., and 13% are between 4 a.m. and 8 a.m.

Walking under the influence

Yes, that’s a thing, just like driving under the influence.

It’s illegal in Tennessee to walk along a highway when you’re impaired by drugs or alcohol to the point of becoming a hazard.

Liability for a Tennessee pedestrian accident

The purpose of personal injury law is to make a plaintiff whole, or to restore them to the financial condition they’d be in if the accident hadn’t happened. This applies to any personal injury, whether it’s a car accident, pedestrian accident, slip and fall, injury from a defective product, or something entirely different.

But the concept is always the same:

The plaintiff (the injured person) must prove that their injury was caused by the defendant’s negligence and the injury included a financial cost.

Negligence is the failure to take reasonable care in situations where one would typically expect to come into contact with another person. “Into contact” includes not just your body, but a car you drive or any other form of property that you control. Negligence is an action (or failure to act) caused by carelessness, not intentional harm.

We can’t assume that the pedestrian is always right— or that the motorist is always wrong. Sometimes an accident involves mistakes by both parties.

Each state follows 1 of 4 fault systems, which are laws that determine whether fault on the plaintiff’s part will affect the outcome of a claim. In some states, if the injured person had any liability for the accident (even if it wasn’t wholly their fault), they can’t recover any damages.

Tennessee follows the comparative negligence rule. Each party is assigned a percentage of liability for an accident. If the injured person is more than 50% at fault for the accident, they are not permitted to recover damages. If they’re 50% liable or less, they can recover damages reduced by their percentage of fault.

Walker Wendy is taking her daily exercise half-walk/half-jog in the suburban neighborhood where she lives. Wendy is generally careful—she knows the streets well and has traveled them both on foot and driving her car for years. She also uses her walk time to catch up with her friends and family and often wears AirPods and chats on the phone.

Driver Dahlia is Wendy’s neighbor. They’re casually acquainted and live just a few blocks apart. Dahlia is also a careful driver but is often running late, thanks to being a working mom of 3 active children.

On the morning of the accident, Wendy had just headed out and was engaged in an animated phone conversation with her sister. Dahlia was leaving for work and planning to drop her youngest off at school on the way.

It’s an average morning scenario in suburbs across the nation.

But this morning would be different.

After Dahlia drives a few blocks, her daughter informs her mom (who is already late for work) that she forgot her math book and needs to go home to get it. Dahlia is annoyed because she’ll be even later. She abruptly pulls her car into the closest driveway to turn around and hastily backs out.

As she backs up, Dahlia’s car hits Wendy, who is on the sidewalk behind the driveway. Wendy is seriously hurt and sues Dahlia for her injuries.

In this example, Dahlia was negligent because she didn’t properly look in her mirrors or over her shoulder before backing out of the driveway. However, Wendy was also at fault because she wasn’t paying attention to where she was going and, if she’d been looking out, she’d have seen Dahlia’s car pull into and then reverse in the driveway before her.

The court decided that although Dahlia was at fault, Wendy was 30% liable.

If you’re a pedestrian who was hit by a car, your options are to:

Enjuris tip: The statute of limitations on a Tennessee personal injury lawsuit is 1 year. In other words, you have just 1 year from the date of the accident in which to file your lawsuit.

Types of damages from a Tennessee pedestrian accident

If you’re seriously injured, you can recover economic and non-economic damages.

Economic damages are those that have a specific cost — like medical treatments.

Non-economic damages are equally important but harder to quantify. These are things like emotional distress or pain and suffering. Insurance won’t cover non-economic damages, but the courts have formulas for calculating what you’re entitled to receive from a lawsuit.

Your damages can include costs from:

What to do after a pedestrian accident

The Enjuris personal injury directory can guide you to a Tennessee lawyer near you who’s skilled, ready, and willing to handle your claim. It’s important to speak with a lawyer before you discuss the accident with an insurance company (other than to report the accident).