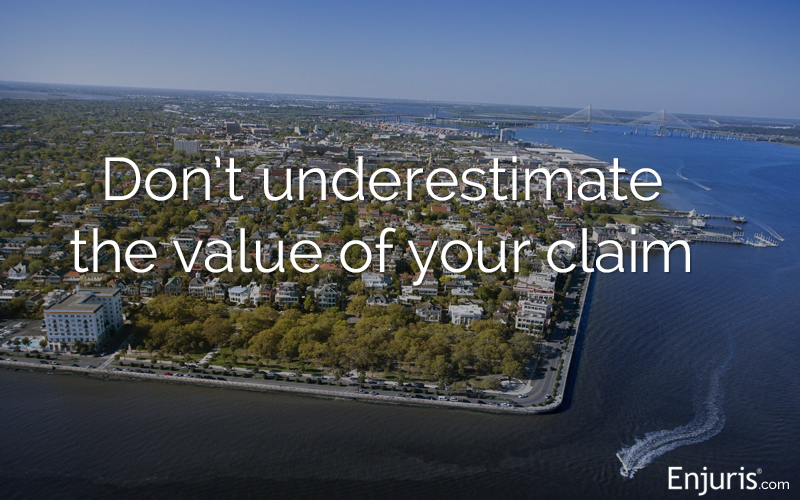 What can you recover in a personal injury lawsuit in the Palmetto State, and how much?

Table of Contents + show
What can you recover in a personal injury lawsuit in the Palmetto State, and how much?
Compensatory damages in South Carolina
Punitive damages
South Carolina damage caps
How negligence impacts the amount of damages you may recover
Proof required for damages
South Carolina allows plaintiffs to recover economic damages, non-economic damages, and punitive damages. Find out what’s included and what damage caps might apply to your case.

But what does the term mean?

The term “damages” refers to the total sum of money a plaintiff can be awarded in a personal injury lawsuit.

There are several different types of damages. What’s more, every state has its own laws that determine which damages a plaintiff can receive and whether or not those damages are capped (i.e. limited).

Let’s take a close look at the damages available in a South Carolina personal injury lawsuit.

Let’s take a closer look at both.

Economic damages (sometimes called “special damages”) are intended to compensate the plaintiff for the monetary losses caused by their accident. Economic damages are generally measurable and objectively verifiable.

Here are some common economic damages:

Here are some common non-economic damages:

Instead of trying to compensate the plaintiff for their losses, punitive damages have 2 purposes:

Punitive damages are only available if the plaintiff can prove by “clear and convincing evidence” that the defendant’s conduct was:

Willful, wanton, and reckless are legal terms that describe actions that are not just careless, but intentional or done with a complete disregard for others’ safety.

Much to the frustration of plaintiffs, South Carolina (and most other states) cap the amount of certain types of damages that can be recovered. In South Carolina, the following damage caps apply:

How negligence impacts the amount of damages you may recover

South Carolina adopted the modified comparative fault rule. Under this rule, the amount of damages a plaintiff can recover is reduced by their percentage of fault. What’s more, if the plaintiff is determined to be 50% or more at fault, the plaintiff is barred from recovering any damages.

Under South Carolina’s modified comparative fault rule, Robert will only be allowed to recover $80,000 (i.e., 80% of his total damages).

The amount of damages you can receive is a factual matter for the jury to decide. In the case of economic damages, it helps to have documentation that can support your losses. Common examples include:

In the case of non-economic damages, testimony from friends and family members may be necessary to establish the impact of the injury on your life.

How does a court decide whether to award punitive damages?

There’s no set formula for determining the amount of punitive damages that a plaintiff will be awarded. However, the court will generally consider the following factors:

Are you ready to meet with an attorney to discuss the merits of your case and the damages you might recover? Use our legal directory to locate an experienced personal injury attorney in your area.