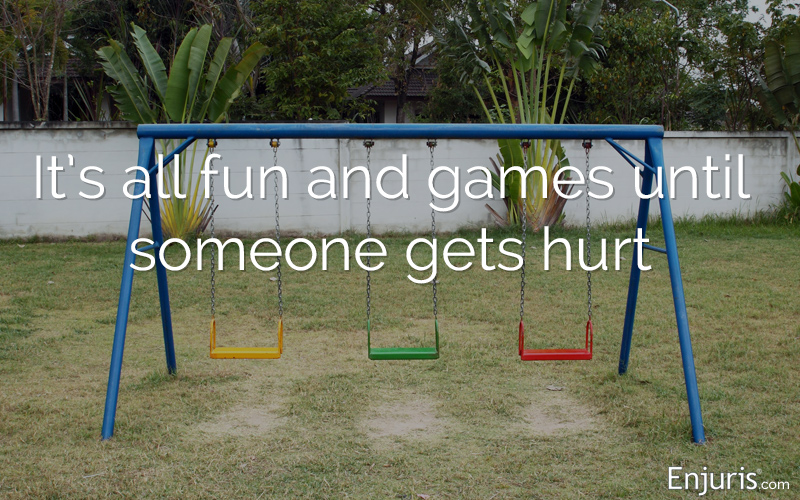 Whether your concern is about your child’s injury OR if you’re a homeowner wondering about potential liabilities on your property, here’s the scoop on attractive nuisances.

Whether you’re a parent of young children or a homeowner who’s concerned about the potential for a lawsuit related to a condition on your property, the Attractive Nuisance Doctrine is an important legal concept to understand.

The Attractive Nuisance Doctrine says that you could be liable for an injury to a child trespassing on your property if the injury was caused by an object or condition that was likely to attract the child and if the child wouldn’t have understood the risk of harm.

Is a child trespassing on your property?

By definition, a trespasser is someone who enters a landowner’s property without permission and without the owner’s knowledge. Generally, the property owner owes a trespasser a duty not to cause injury, but isn’t under a duty to keep the land in reasonable condition or make the trespasser aware of hazards.

The standard is different, however, when it comes to children.

Any child who is on your property without being invited is trespassing. But since children get special care under the law, they’re likely not going to be treated as a trespasser.

Elements of the attractive nuisance doctrine

If you’re a parent, you’ve probably had the unfortunate experience of being embarrassed when your child loudly proclaimed in the supermarket, “That man stinks like poop!” or something similar. That’s because your child makes an observation and has to say it — they don’t understand or cannot control their desire to express themselves. It’s also why sometimes they can’t help but to touch when you say “don’t touch,” or run when you tell them to walk.

A young child is still developing skills related to delayed gratification, attention, memory, cause and effect, and risk assessment.

Impulse control is a developmental milestone that different children reach at different ages. There’s no magic time when your child suddenly can resist the urge to say or do exactly what they want, when they want. By about 10 years old, most children will have mastered impulse control.

But there’s no specific age defined by the attractive nuisance doctrine. The courts evaluate it on a case by case basis by evaluating the child and making an assessment of their level of understanding of danger.

Can you remember what it was like to be a kid?

Think about what would’ve looked like fun to you if you’d been walking by an area with no adults around — what would you have done?

Here are some examples of common attractive nuisances:

Even a rooftop might be a liability if it’s commonly known that children in your neighborhood are likely to climb on roofs, your roof is easily accessible, and you’ve taken no steps or effort to deter them from climbing on the roof.

Enjuris tip: In most cases, a naturally occurring condition like a pond wouldn’t be considered an attractive nuisance. Most states limit the doctrine’s use to an artificial or human-made condition.

There’s a lot of legal precedent (previous cases) related to the attractive nuisance doctrine. Many cases involving a plaintiff’s attempt to use the doctrine rely on 1 of 2 facts:

Real Life Examples:
Hayes v. DCI Properties (DKY, LLC) and The Nelson Stark Co., 563 SW 3d 319, Kentucky (2018). Alex Hayes was 16 years old and a licensed driver when he entered a residential construction site owned by DCI Properties. Alex and his friends didn’t have permission to be on the site, which contained several pieces of heavy equipment. The teens spent several hours at the site drinking whiskey and smoking marijuana. When they were ready to leave the site on foot, Alex climbed onto a sheepsfoot compactor and began to drive it up a floodwall. The machine tipped, Alex was thrown, and he was severely injured. When the teens had first arrived at the site, Alex had taken a set of keys from one piece of equipment because he believed that if any of his friends were to start using the equipment, someone could get hurt.

Alex’s parents tried to argue that DCI Properties was responsible for their son’s injuries under the attractive nuisance doctrine. The court found that Alex was capable of understanding the risk of operating the machinery, as evidenced by the fact that he tried to prevent friends from doing so before the accident happened. One of his friends testified at trial that when Alex climbed onto the machine and tried to start it, the friend tried to talk him out of it, but Alex continued. Therefore, Alex’s family could not recover damages under the attractive nuisance doctrine because the court found that he “occupied the same position as an adult.”

Idzi v. Hobbs, 18The 6 So. 2d 20, Florida (1966). The defendant, a homebuilder, was clearing trees and brush in order to build on a property. He stacked the brush in a pile that was approximately 4 feet high and then set a fire in order to burn it down. When he left the site several hours later, there were few flames but some coals covered by large logs. He left trees crisscrossed over it in order for it to be identified as a fire so people wouldn’t be injured.

However, 5-year-old Daniel Idzi was playing nearby and wandered to the site after Mr. Hobbs had left. He said later that he tried to poke at the fire when he slipped on a log and fell, which resulted in serious burn injuries. The court said that “The mere knowledge that he had of the existence of the fire, and the mere fact that sometime in the past he had been instructed about the danger of fire, does not necessarily mean that he realized the risk involved in intermeddling in it or in coming within the area made dangerous by it. Because of his immaturity and want of judgment a child may be incapable of understanding and appreciating, or making intelligent decisions on, all of the possible dangers which he may encounter... a child of tender years may be expected to conform only to that standard of conduct that is to be reasonably expected of a child of its age, intelligence and experience under like circumstances.” In this case, Mr. Hobbs was liable for Daniel’s injuries.

Reasonable precautions a landowner can take to prevent an attractive nuisance

A court will sometimes consider how much it would have cost a landowner to protect children from injury on the property. It could be viewed as a risk/benefit analysis: compare the benefit of maintaining the condition or the cost to remedy the condition against the actual risk to a child or children.

Enjuris tip: A “No Trespassing” sign isn’t usually considered a way to mitigate or lessen a property owner’s liability in an attractive nuisance claim.

Most states and municipalities have rules about the type of fence that needs to surround a pool, access points, heights, and other measures. Even so, a koi pond or decorative fountain likely doesn’t have the same regulations but could be just as dangerous for a small child.

Although just posting a sign isn’t usually enough, you can give a verbal warning to a parent or child if you believe that a condition on your property might be an attractive nuisance.

You own a horse farm that’s on the border of a residential community. The farm’s fence is set back only about 20 feet from the road, and you frequently allow your horses to graze along the fence. Although your horses are tame, they’re not used to children and you don’t entirely trust that they won’t bite or kick if a child places their hands too close over the fence.

You make an effort to speak with the parents in the neighborhood and let them know that they should not allow their children to approach the horses if you’re not around. You also speak nicely to the children and advise them not to try to pet the horses.

Once a child has been warned in a way that’s age-appropriate, you should no longer be bound by the attractive nuisance doctrine.

You can try to protect yourself from liability if you remember these 4 precautions: 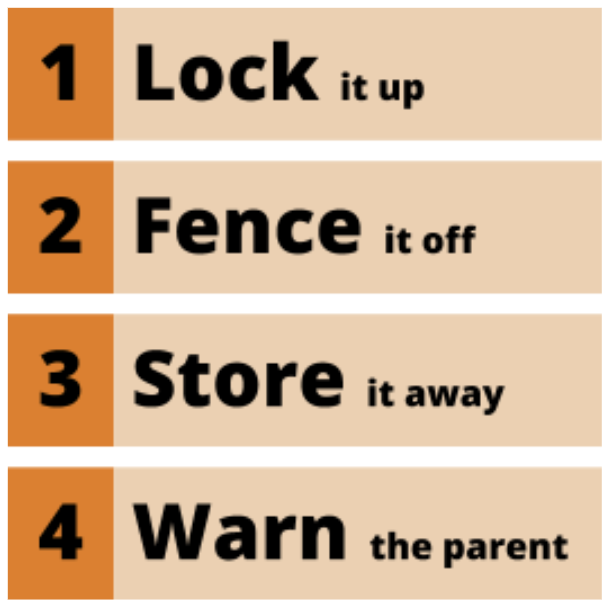 If you suspect that there might be an attractive nuisance on your property, check your local and state laws to find out for sure. Often, there are local regulations that govern these situations and if you can show that you were following local laws, that’s important to your defense in a lawsuit.

Also, your homeowners insurance company will likely ask about specific types of attractive nuisances like swimming pools. Check with your insurer to see if there are other conditions on your property that might constitute an attractive nuisance.

In order to file a legal claim, the injury must meet the same standard for negligence that’s applied to all other premises liability cases:

The attractive nuisance doctrine can allow a case to move forward under a legal concept that doesn’t exist for adults — because if an adult were injured while trespassing, they wouldn’t be able to hold the property owner liable unless the owner purposely caused the injury. It’s also based on the supposition that an adult has a better judgment of danger than a child.

Whether you’re the parent of an injured child or a property owner who’s being sued under the attractive nuisance doctrine, a personal injury lawyer can help. Bear in mind that this doctrine is nuanced and it’s not always easy to win a case based on an attractive nuisance argument.

Your lawyer will know how to build a case and make arguments that work in your favor. They’ll also tell you whether they think it’s possible that the attractive nuisance doctrine might be a factor in your claim, and whether you’re better off filing a lawsuit or making a claim on an insurance policy.

If you need to find a personal injury lawyer near you, use the Enjuris law firm directory to find the right attorney who’s best suited to handling your case.