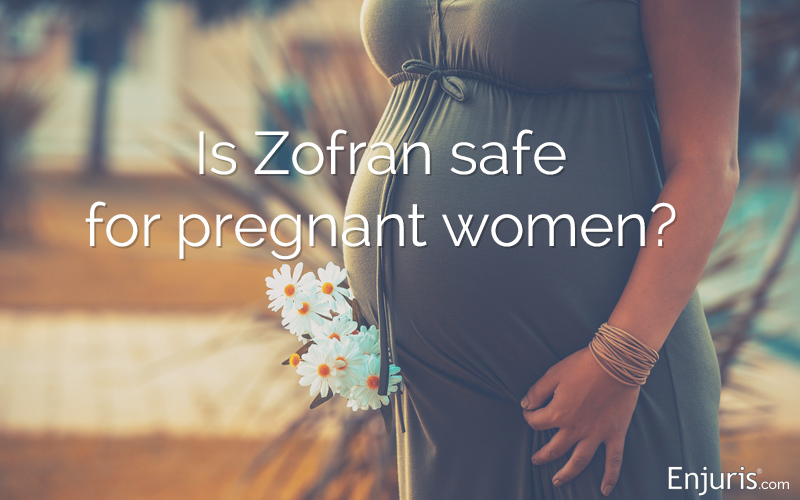 Does Zofran cause birth defects?

Zofran was intended to prevent nausea and vomiting caused by chemotherapy, radiotherapy, and surgery, but it has since gained popularity among pregnant women suffering from morning sickness. Let’s take a look at the drug and the hundreds of lawsuits that have been filed against its manufacturer.

Although most cases are mild, a few are extreme and persistent. For women who experience this type of morning sickness, a pill that prevents vomiting and nausea is invaluable.

In this article, we’ll take a look at Zofran and the recent pharmaceutical liability lawsuits filed against the drug manufacturer claiming that the drug causes birth defects.

Zofran (Ondansetron hydrochloride) is a medication that was approved by the U.S. Food and Drug Administration (FDA) in 1991 to prevent nausea and vomiting caused by chemotherapy, radiotherapy, and surgery. The drug works by blocking serotonin, a naturally occurring substance that can lead to nausea and vomiting.

After the maker of the only FDA-approved medication used to treat morning sickness withdrew its product over safety concerns, some doctors began prescribing Zofran to patients who were suffering from morning sickness even though it lacked FDA approval for that use.

Some doctors also began prescribing Zofran to treat hyperemesis gravidarum, a rare disorder that causes extreme and persistent nausea and vomiting during pregnancy, even though it also lacked FDA approval for that use.

In 2012, GlaxoSmithKline (GSK), the company that makes Zofran, began promoting the use of Zofran to treat morning sickness and paying kickbacks to physicians to prescribe the drugs for morning sickness, despite the fact that it’s illegal to promote drugs for off-label use.

When taken for its FDA-approved uses, the side effects associated with Zofran are generally minor. These side effects include headaches, fatigue, constipation, diarrhea, and hypoxia (low oxygen levels in your tissues).

However, hundreds of pregnant women who took the drug to treat morning sickness gave birth to children with various birth defects, including:

Whether or not Zofran causes birth defects is unclear.

In March 2018, the FDA concluded that there was not enough data to tie Zofran to birth defects, and that the findings so far have been “inconsistent” at best.

In 2015, the U.S. Department of Justice filed a civil lawsuit against GSK. The lawsuit alleges that the company promoted Zofran for uses that were not approved by the FDA.

GSK agreed to pay $3 billion to resolve the lawsuit.

“Today’s historic settlement is a major milestone in our efforts to stamp out health care fraud,” said Bill Corr, Deputy Secretary of the Department of Health and Human Services (HHS). “For a long time, our healthcare system had been a target for cheaters who thought they could make an easy profit at the expense of public safety. But thanks to strong enforcement actions like those we have announced today, that equation is rapidly changing.”

More than 600 lawsuits have been filed against GSK to date.

The first Zofran-related pharmaceutical liability lawsuit was filed on February 12, 2015, in the U.S. District Court for the Eastern District of Pennsylvania. The lawsuit was filed by Cheri Flynn on behalf of her 2 children who were born with serious heart abnormalities. Cheri was prescribed Zofran early in her 1st trimester of pregnancy to control her morning sickness.

The lawsuit alleges that GSK knew that Zofran was unsafe for ingestion by expectant mothers based on animal studies which revealed evidence of toxicity, intrauterine deaths and malformations in offspring, but failed to disclose this information to pregnant women or their physicians.

Cheri won her lawsuit against GSK and was awarded an undisclosed amount of monetary damages.

Currently, hundreds of Zofran-related lawsuits are pending against GSK in the United States.

How do I find a lawyer for my Zofran claim?

If you think you may have a valid claim against Zofran, it’s important to reach out to a pharmaceutical liability lawyer or birth injury attorney as soon as possible.

Pharmaceutical liability lawsuits must be filed within a certain period of time. This period of time is called the statute of limitations and it varies by state. In most cases, the clock won’t start ticking until the injured child turns 18, but this isn’t always the case.

You can find an experienced pharmaceutical attorney near you using our free online directory.