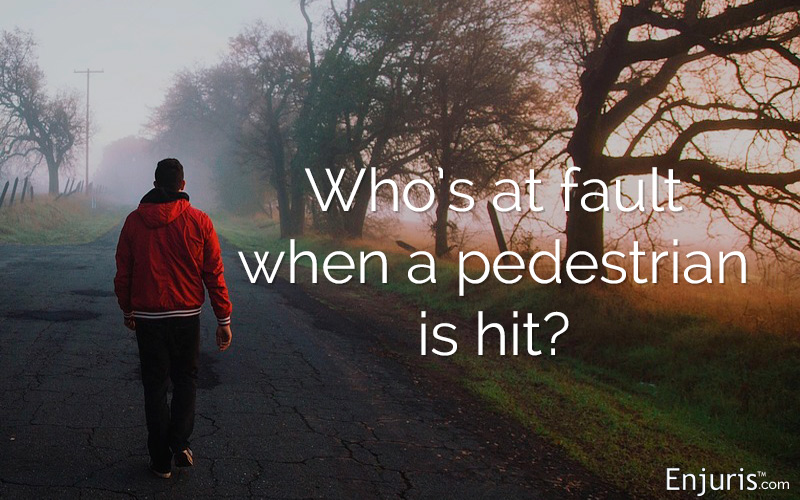 Walking provides enormous health benefits, reduces congestion, and eases the country’s dependence on fossil fuels. Unfortunately, the benefits of walking must be weighed against the risk of harm.

On average, a pedestrian is killed every 1.5 hours in a traffic crash in the United States. Tweet this

According to the United States Department of Transportation, there were 5,977 pedestrians killed across the US in 2017. Pedestrian fatalities in urban areas have increased by 46% since 2008, while fatalities in rural areas have decreased by 6%.

In Montana alone, 14 pedestrians were killed in 2017 and 205 were involved in crashes.

In order to better understand the causes of pedestrian fatalities, it helps to look at the environmental characteristics present when pedestrian deaths occur. Let’s take a look at data from the National Highway Traffic Safety Administration (NHTSA) concerning pedestrian fatalities across the country in 2016:

Montana laws concerning pedestrians can be found in Title 61, Chapter 8, of the Montana Code Annotated.

Let’s start by taking a look at the laws governing pedestrians:

Most cities and counties in Montana have local laws banning pedestrians from jaywalking. Tweet this

Now let’s take a look at the laws governing drivers:

In Montana, drivers must yield to pedestrians crossing at intersections and marked crosswalks, and must exercise due care to avoid hitting pedestrians in all other situations. Tweet this

All drivers have a legal duty to drive with due care and to obey all traffic laws. If a driver breaches that duty (for example, by failing to yield to a pedestrian crossing at a crosswalk) and the breach causes an accident, the driver can be sued for negligence.

Pedestrians also have a duty to exercise reasonable care while navigating Montana’s roads. Just like a driver, if a pedestrian breaches their duty of care (for example, by crossing the road when the traffic signal indicates that they should wait), the pedestrian can be sued for negligence.

In some cases, the driver and the pedestrian might both be at fault for an accident. What happens then?

In other words, if the plaintiff’s percentage of fault is 51% or more, the plaintiff is completely barred from recovering any damages from the defendant.

John is driving his truck along Lewis Avenue in Billings, Montana. John is texting while driving and is only periodically glancing up at the road. Allen is standing in front of Burlington Park and decides to bolt across Lewis Avenue, even though he’s not at an intersection or crosswalk (both are located a block away). John’s truck collides with Allen and Allen sustains head and back injuries. Allen sues John for his injuries. At trial, the jury finds that Allen is 55% at fault for the accident and John is 45% at fault.

In the above hypothetical, Allen wouldn’t be able to recover ANY damages from John because he’s more than 50% at fault.

What damages are available in a pedestrian accident?

In Montana, there are three types of damages available to a plaintiff in a pedestrian accident:

Economic damages are fairly objective and easy to calculate. The most important thing you can do for your case is to keep track of your economic expenses. This includes saving all of your medical bills and receipts.

A defendant acts with actual malice if they:

Enjuris tip: Many insurance adjusters and attorneys in Montana use a formula to arrive at a rough estimate of how much a person’s injury claim is worth.

“Keep your head on a swivel. Understand that, especially if you’re coming up to an intersection that looks slick for you as a runner, imagine what it is for a car that’s coming up to the same intersection. Don’t assume they’re going to stop and be ready.”

In addition, the Montana Department of Transportation recommends the following tips to keep pedestrians safe:

If you’re involved in a pedestrian accident, as a driver or pedestrian, consider reaching out to an experienced personal injury attorney in your area.