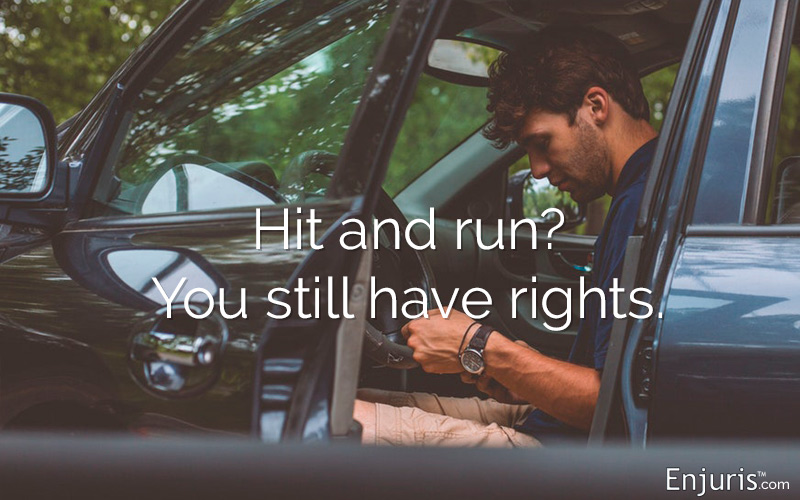 What to do when a driver flees the accident without stopping

Table of Contents + show
What to do when a driver flees the accident without stopping
Hit-and-run statistics
Montana hit-and-run laws and penalties
Why wouldn’t a driver stop?
What should you do if you fled the scene of an accident?
What to do if you’re the victim of a hit-and-run accident?
Hit-and-runs are a serious criminal offense in Montana. If a person leaves the scene of an accident without stopping, they could face up to 10 years in prison. Learn what to do (and what NOT to do) if you find yourself involved in a hit and run accident.

This article examines car crashes in Montana where there’s a hit-and-run driver, including how often they occur, the laws that apply, and what to do if you’re involved in one.

According to data compiled by the National Highway Traffic Safety Administration (NHTSA), there are approximately 682,000 hit-and-run crashes every year. In 2016, 2,049 people were killed in hit-and-run crashes (the most since NHTSA began compiling statistics in 1975). The number of fatal hit-and-run accidents has been increasing at an average rate of 7.2 percent per year since 2009.

When it comes to hit-and-run laws and penalties, hit-and-runs can be broken into 2 groups:

Let’s take a quick look at both.

Under Montana law, every driver who knows or “reasonably should have known” that they’ve been in an accident with another person must immediately stop their vehicle and do these four things:

A driver is NOT allowed to delegate the above tasks to any other person. In other words, if you’re involved in an accident that results in an injury, you can’t call your partner or friend and have them wait at the scene for the police while you take off for a scheduled appointment.

So what’s the penalty if you fail to follow these laws?

The penalty depends on the nature of the injury (if any):

What happens if the driver strikes an unattended vehicle or an object (such as a detached trailer or telephone pole)?

If the driver collides with an unattended vehicle or an object, the driver must immediately stop and do the following:

Failing to take one of the above steps will result in a fine of $200–$300 and/or imprisonment of 20 days or less. Subsequent convictions can increase the fine to $500 and the jail time to 6 months.

Why wouldn’t a driver stop?

There are many reasons why a driver might flee the scene of an accident. Some of the more common reasons include:

The greater the visibility of a crash (either due to more potential witnesses on heavily trafficked roads or better lighting conditions), the less likely a hit-and-run will occur.

Similarly, fleeing from an accident is almost 4.4 times more likely between midnight and 4 a.m. The reasoning is that driving at night often means:

Hit-and-run accidents are almost 5 times more likely between midnight and 4 a.m.
Tweet this

Interestingly, recent studies have shown that there’s no relationship between the severity of hit-and-run penalties and the number of hit-and-run crashes. In other words, hit-and-run accidents are not less common in states with stricter penalties for fleeing the scene.

What should you do if you fled the scene of an accident?

While fleeing the scene of an accident is absolutely the wrong decision, it’s a common impulse. You may fear that the other driver will retaliate if you stop. Or, you may have tried to move your vehicle to a safe spot and lost track of the other vehicle in the process.

Whatever the reason, fleeing the scene of an accident is serious. In such a case, we recommend you contact a Montana criminal defense attorney to talk about how to make things right while still protecting your legal rights.

What to do if you’re the victim of a hit-and-run accident?

If you’re involved in a hit-and-run accident, your instinct might be to chase after the driver. This is never a good idea. In addition to putting yourself and others at risk, you stand a good chance of being pulled over for speeding.

Instead, take a deep breath and move your vehicle to a safe spot off the road, if possible.

Once you’re safe, call the police and report the accident. While waiting for the police to arrive, write down any information that you can remember about the other driver and vehicle, including:

Finally, contact your insurance company and file a claim. Montana is a no-fault insurance state, which means the one who causes the accident is liable for the damages.

Of course, if you can’t locate the other driver, filing a claim becomes more complicated. Your policy might still provide coverage assuming you purchased the necessary optional coverage. Examples of optional coverage that might cover your damages include:

Finally, if you’ve been involved in a hit-and-run accident, consider contacting an experienced Montana personal injury attorney. An experienced attorney can help you understand your recovery options if the other driver can’t be located, or help you take legal action if the driver is eventually found.