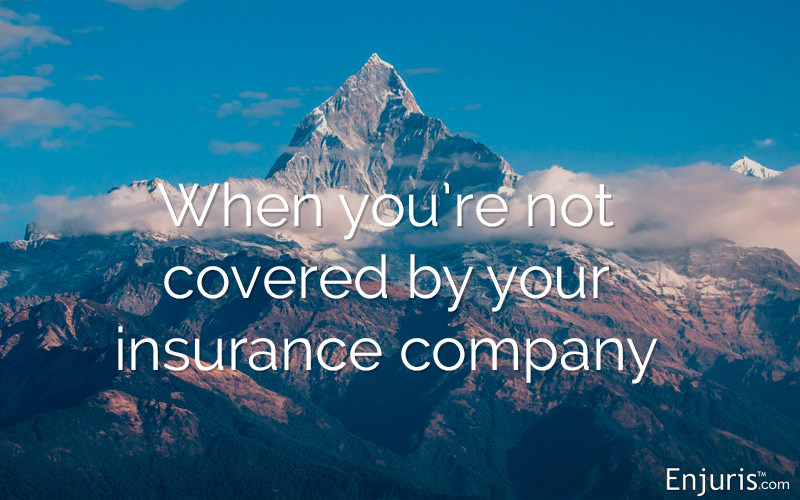 Insurance companies sometimes act unreasonably at the expense of the people they insure. This is called acting in “bad faith,” and you may be able to file a lawsuit against your insurance company if it happens to you.

An insurance “bad faith claim” is a legal term used to describe a claim that a person may have against an insurance company for its “bad acts.”

This article looks at bad faith law in Montana, including the obligations an insurance company has and the damages that can be recovered when those obligations aren’t met.

Before we dive into when you can sue an insurance company, it’s important to recognize that a bad faith lawsuit can stem from a first-party claim or a third-party claim.

In Montana, you can file a lawsuit against your own insurance company under any of the following 3 causes of action:

With respect to third-party claims, you can file a lawsuit under the latter 2 causes of action. However, because you don’t have a contract with the at-fault party’s insurance company, you can’t sue their insurance company for breach of contract.

Let’s take a look at all 3 causes of action:

In order to establish a breach of contract claim against your insurance company, you must prove the following three elements:

Montana permits an action against an insurance company for actual or constructive fraud. The Montana Supreme Court has identified the following elements that must be proven to establish a claim of actual insurance fraud:

That’s a lot of legalese, but essentially an insurance company commits actual fraud if it knowingly makes a false statement about your policy and you rely on that false statement to your detriment.

Constructive insurance fraud, on the other hand, is defined by statute as:

Under MUCSPA, an insured person or a third-party claimant can bring an action for actual damages caused by any of the following acts or omissions by the insurance company:

In The News: Samantha Chilcote, a 32-year-old salmon ecologist from Montana, suffered permanent brain injuries in a collision on U.S. Highway 2. She wasn’t at fault for the accident and her damages exceeded the amount of the other driver’s policy limits. Samantha was covered under her underinsured motorist plan for $1.5 million. She also had a $15,000 medical pay policy with her insurance provider.

Nevertheless, Samantha’s insurance company refused to pay her underinsured coverage (without any basis for refusing) and delayed her medical benefits under her medical pay policy until 5 YEARS after the date of the accident; a decision that interfered with Samantha’s medical treatment.

What damages can be recovered in a bad faith claim?

In a Montana bad faith claim, the plaintiff can recover the following types of damages:

If you think you may have a bad faith claim against an insurance company, be sure to document everything (especially any written or oral correspondence with the insurance company) and reach out to a Montana personal injury attorney.