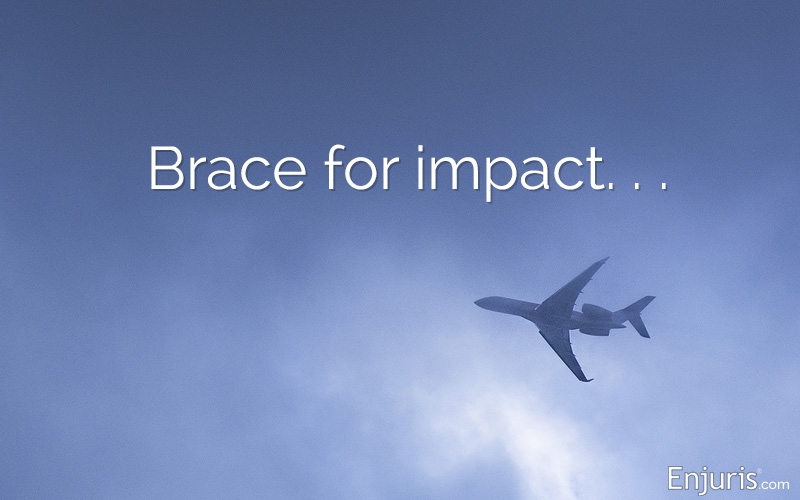 We all know someone who is afraid to fly in an airplane. Maybe you are.

“Aviophobia” is an anxiety disorder marked by an intense and persistent fear of flying, which is disproportionate to the actual danger posed by flying.

Facing factsAccording to the National Institute of Mental Health, aviophobia affects 6.5% of Americans.

Although an intense fear of flying may be unwarranted, plane crashes do happen occasionally. In this article, we’ll look at plane crashes, including the frequency with which they occur and the legal options available to survivors and the loved ones of passengers killed in plane crashes.

How common are plane crashes?

Plane crashes dominate the news headlines for days when they happen.

But how often do they actually occur?

In 2020, there was 1 large commercial airplane crash every 3.7 million flights around the globe. What’s more, none of these accidents occurred in the United States.

The United States hasn’t had a fatal passenger airline crash since February 12, 2009. Tweet this

The fatality rate for general aviation accidents, on the other hand, hovers just over 1 death per 100,000 hours—or, approximately 1,200 accidents and 200 fatal accidents every year in the U.S.

While this may sound like a lot, it pales in comparison to the 38,000 people who die every year in car crashes on U.S. roads and the additional 4.4 million people who are injured seriously enough to require medical attention.

To put all of this in perspective:

The National Transportation Safety Board (NTSB) investigates most commercial and general aviation crashes.

According to the NTSB, the most common causes of commercial aviation accidents include:

Real Life Example:Corporate Airlines Flight 5966 was a commercial flight that crashed while flying from St. Louis to Kirksville in October 2004. A subsequent investigation determined that the pilots failed to follow established procedures upon descent.

More specifically, the pilots were looking outside the cockpit for visual cues as to the location of the airport and failed to realize how low they had descended below the minimum descent altitude. Additionally, evidence indicated that the pilots were fatigued and failed to make standard callouts.

The crash killed both pilots and 11 of the 13 passengers aboard the plane.

When a plane crash or in-flight accident occurs, the are 3 common types of lawsuits that you may be able to file in order to recover damages:

Let’s take a look at all 3 types of lawsuits.

Airline employees aren’t expected to guarantee a passenger’s safety. However, the law requires them to exercise the utmost care to prevent foreseeable injuries to passengers. If they fail to do so, they may be negligent and responsible for any damages that result.

Examples of actions or inactions that may be considered negligent include:

Enjuris tip:Airline companies can be held liable for the negligent acts of their employees under the legal doctrines of respondeat superior and negligent entrustment.

Real Life Example:A Missouri jury awarded $48 million to the families of 5 people who died in a Franklin County plane crash in 2006.

The 5 victims were skydivers, and the oldest was 44 years old.

The Federal Aviation Agency (FAA) is responsible for directing and guiding pilots through international  and domestic airspace. If an FAA employee fails to perform their duties properly, the federal government may be liable for any resulting injuries or deaths.

When suing the federal government, plaintiffs must do so under the Federal Tort Claims Act (FCTA). The FCTA requires plaintiffs to follow special rules and procedures, so we encourage plaintiffs to consult with an attorney in your area who specializes in these complex cases.

Aviation-related injuries result in approximately 1,000 hospitalizations each year in the U.S., with an in-hospital mortality rate of 2%.

According to a study published in the journal Aviation, Space, and Environmental Medicine, the most common injuries sustained by plane crash survivors are as follows:

The National Transportation Safety Board (NTSB) places the survivability rate of a commercial flight at roughly 96%. However, not everyone makes it out of a plane crash alive.

If your loved one was killed in a plane crash, you may be able to recover damages by filing a wrongful death lawsuit.

A wrongful death claim is similar to a personal injury lawsuit in the sense that the surviving family member will need to prove that the defendant was liable for the accident (just as the passenger would have had to prove had they survived).

The difference is that, if the claim is successful, the family member will receive compensation for the loss of the passenger in the form of:

In Missouri, the deceased’s surviving spouse and lineal family members (children and parents) are allowed to file wrongful death lawsuits.

Statute of limitations for aviation accidents in Missouri

The legal term “statute of limitations” refers to the amount of time a plaintiff is permitted to file a personal injury lawsuit before the claim is forever barred.

In Missouri, plaintiffs have 5 years from the date of the injury to file a personal injury lawsuit in most cases. However, wrongful death actions have a 3-year statute of limitations.

Ready to talk to an attorney about a potential plane crash lawsuit? You can find an experienced Missouri personal injury attorney near you using our free legal directory.