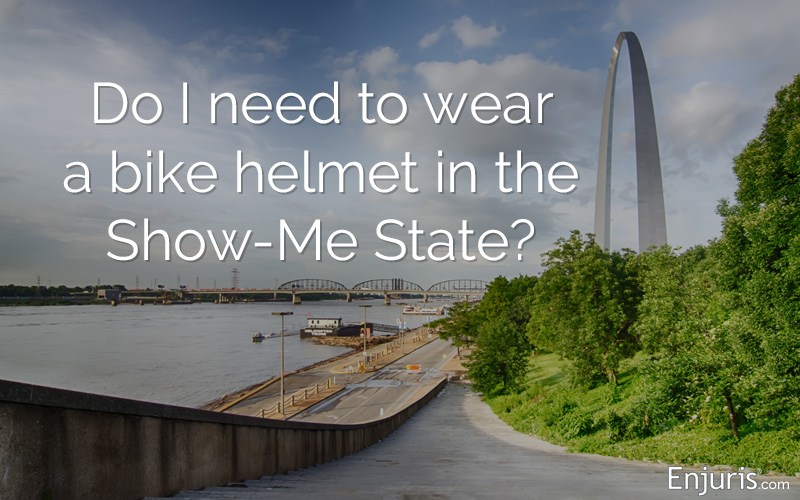 How to establish fault and secure damages after a bike accident

According to the League of American Bicyclists, Missouri falls somewhere in the middle of the peloton when it comes to bike-friendly states.

Whether you recently made the transition from 4 wheels to 2 wheels, you’re a seasoned bicyclist, or you are a motor vehicle driver who shares the road with cyclists, there are some things you should know about bicycle accidents and laws in the Show-Me State.

Although more and more people are choosing to commute by bike in the United States, bicycle accidents have been trending downward in Missouri over the last 2 decades.

This is great news!

Unfortunately, the nature of bicycle-car collisions means that bicyclists are more likely to be injured or killed in bike crashes compared to other types of collisions. Almost 2% of all bicycle accidents in Missouri are fatal and almost 85% of crashes result in at least 1 injury:

Bicycle accidents can be caused by a number of factors, including driver distraction, poor road conditions, and inclement weather.

Here are some of the most common causes of bicycle accidents in the United States:

Facing factsIn Missouri, most bicycle accidents are caused by the failure of a motor vehicle driver or bicyclist to yield.

Bicyclists have the same rights and obligations as motor vehicle drivers when navigating Missouri’s roads. In addition, there are some bicycle-specific laws that cyclists and drivers should know.

The majority of bicycle-specific laws can be found in Chapter 300 and Chapter 307 of the Revised Statutes of Missouri. In general, these laws can be grouped into 2 categories:

Every bicycle operated during the period from 30 minutes after sunset to 30 minutes before sunrise must be equipped with:

Are bicycle helmets required in Missouri?

Missouri has no statewide law requiring the use of bike helmets, but many cities and counties throughout Missouri require them.

Enjuris tip:Know your local laws before going for a ride! The Missouri Bicycle and Pedestrian Federation website has a list of cities and counties with bike helmet laws.

To recover damages after a Missouri bicycle accident, you need to prove that someone else was legally liable (or “at fault”) for your accident.

If a bicyclist is injured as a result of a dangerous condition on a road (such as a large pothole or obscured traffic signal), the owner of the road may be held liable.

Keep in mind that public roads are owned by the town, city, or state. When suing the government, plaintiffs must follow strict procedures. If you think a public road condition caused your accident, it’s a good idea to talk to an experienced personal injury attorney immediately.

If your bicycle accident is caused by a defective bike component (such as a faulty brake system), the manufacturer or even the retail store may be held liable.

Real Life Example:A Branson, Missouri resident filed a lawsuit against Walmart alleging that an adult tricycle she bought from the store was defective and caused her to crash and suffer a traumatic brain injury.

According to the lawsuit, the woman purchased the adult tricycle for $149 and took advantage of the “free in-store bike assembly” offered by Walmart.

Several months later, the woman took her tricycle for a spin. As she approached an intersection, the brakes did not work and she had to turn abruptly. The woman went over the handlebars and crashed head-first into the pavement.

The lawsuit is still pending at the time of this publication.

What happens if the bicyclist is partially responsible for their bike accident?

Missouri adopted the pure comparative negligence system, which means that a plaintiff’s damages are reduced by their percentage of fault.

James is riding his bicycle in the middle of the night without a headlamp and without reflective gear. Michelle, who is on her way home from a party, is driving while intoxicated. She swerves on the road and hits James.

James suffers a lower back injury and sues Michelle for $100,000.

Will insurance cover my bicycle accident?

Missouri has a fault-based insurance system, which means that whoever causes an accident is responsible for paying the damages.

If a motor vehicle driver causes a bike accident, the injured bicyclists can file a claim against the at-fault driver’s auto insurance policy.

But what happens if a bicyclist causes an auto accident, or if the at-fault driver fled the scene and cannot be found? Who pays for damages then?

If you’re involved in a bike accident, it’s a good idea to review your insurance policies and contact your insurance agents to see if there is any available coverage.

Bicycle injuries range from minor scrapes to traumatic brain injuries (TBI) and even death. Some of the most common bike accident injuries include:

Facing factsBicycle accident injuries account for more than 900 deaths, 23,000 hospital admissions, 580,000 emergency department visits, and more than 1.2 million physician visits per year in the United States, according to research published in the American Family Physician.

Fortunately, Missouri allows bike-accident victims and their families to recover 3 types of damages:

When you’re involved in a crash or accident, you only have a certain amount of time to file a personal injury lawsuit. This time limitation is called the statute of limitations.

In Missouri, the statute of limitations for most bike-accident lawsuits is 5 years.

To put it another way, you have 5 years from the date of your bike accident to file a lawsuit or your lawsuit will be forever barred.

Exceptions to this deadline are rare, though there are a couple of situations in which the 5-year statute of limitations may be longer or shorter. It’s always a good idea to talk to an attorney as soon as possible following an accident to make sure you don’t ruin your best shot at recovery.

Do I need a bike accident lawyer?

Much like motorcycle accidents, insurance companies and jurors tend to have a bias against bicyclists. What’s more, bike accidents tend to result in significant and catastrophic injuries. For these reasons, it’s usually a good idea to hire a bike accident lawyer to handle your claim.

If you’re not sure you need a lawyer, schedule a free initial consultation. Personal injury attorneys typically work on a contingent fee basis (meaning they don’t get paid if you don’t get paid), so the lawyer you meet with will tell you honestly whether you have a valid claim and need an attorney.