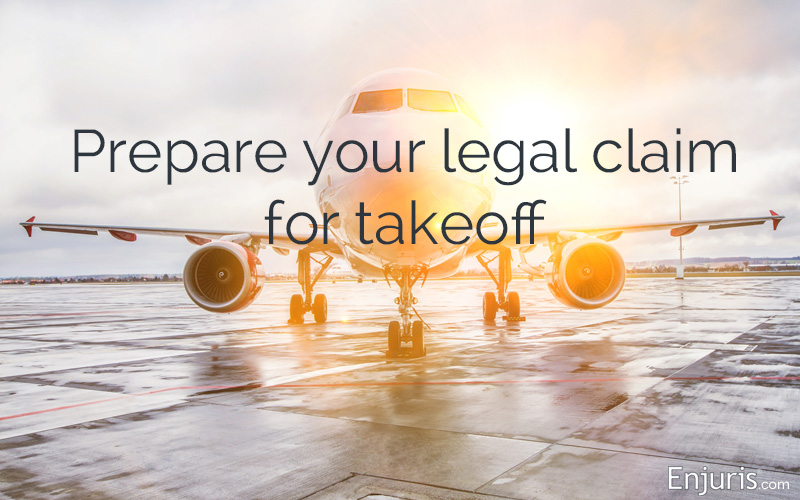 Since the Wright brothers became airborne (briefly) on December 17, 1903, people have been fascinated and terrified by aviation.

Remarkably, flying through the air in what amounts to a giant tube is incredibly safe. Nevertheless, plane crashes do happen.

Let’s take a look at the legal options available to plane crash victims and their families in Minnesota.

What are the chances I’ll be involved in a plane crash?

Aviophobia is the term used to describe the fear of flying. Approximately 40% of the population experiences some fear of flying, and roughly 2.5% of people have a clinical phobia.

Although the number of people who fear flying is quite high, the risks associated with flying are extremely low.

According to Ian Savage, associate chair of the Economics Department at Northwestern University, a person who took a 500-mile flight every day for a year would have a fatality risk of 1 in 85,000.

To look at it another way, large commercial airplanes had 0.27 fatal accidents per million flights across the globe in 2020.

In general, flying is very safe. However, commercial aviation is 50 times safer than general aviation.

In Minnesota, there have only been 53 total aviation accidents (131 fatalities ) since 1921.

The worst aviation accident in Minnesota history occurred on December 1, 1993 (18 fatalities), when Northwest Airlink Flight 5719 crashed into a group of aspen trees during its final approach to Range Regional Airport in Hibbing, Minnesota. The cause of the crash was pilot error (loss of altitude awareness).

What are the most common causes of plane crashes?

The National Transportation Safety Board (NTSB) is an independent federal agency charged by Congress with investigating every aviation accident in the United States.

According to the NTSB, the most common causes of commercial aviation accidents include:

The NTSB said that some parts from the plane’s tail, including pieces of the left elevator and left horizontal stabilizer fell off the plane during flight.

“Without an elevator and a horizontal stabilizer, the aircraft is not flyable,” NTSB investigator Mike Folkerts said.

The investigation is still pending.

What legal options are available to plane accident victims in Minnesota?

Plane accident victims may have several legal options to recover damages following a plane crash depending on the nature of the accident.

Here are the most common legal options:

To establish negligence, a plane crash victim must prove the following elements:

An example of a situation in which a pilot was found negligent is the Northwest Airlink Flight 5719 crash in Hibbing, Minnesota. In that crash, the pilot simply failed to recognize that he was flying at a low altitude. Notably, the NTSB report following the crash concluded that the pilot had a history of getting angry and performing dangerous maneuvers inflight.

Enjuris tip:In most cases, a plane crash victim can sue the airline (in addition to the pilot) under the legal theory of vicarious liability, which holds an employer liable for the actions of its employees.

A product liability lawsuit may be appropriate if the plane crash was caused by a defective plane component.

The law recognizes 3 types of defects:

According to a USA Today investigation, common plane defects include:

When suing the federal government, plaintiffs must do so under the Federal Tort Claims Act (FCTA). The FCTA requires plaintiffs to follow special rules and procedures, so we encourage plaintiffs to consult with an attorney in your area who specializes in these complex cases.

If an employee of an airline is injured in a plane crash, they may be able to file a workers’ compensation claim.

Enjuris tip:Workers’ compensation is a form of insurance that provides financial benefits to employees who are injured on the job.

Unlike personal injury lawsuits, injured employees who file a workers’ compensation claim don’t need to prove that anyone was at fault for the accident in order to recover damages.

What legal options are available to the families of plane accident victims in Minnesota?

Unfortunately, when a plane falls from the sky, the people on board generally don’t survive.

If a plane accident is caused by someone’s negligent actions or a defective product, certain family members of the deceased passenger may be able to file a wrongful death claim.

As is the case with any personal injury lawsuit, family members who file a wrongful death claim will have to prove fault to receive compensation for their loss.

The Aviation Disaster Family Assistance Act was enacted to provide support to families of passengers involved in commercial aviation accidents.

Under the Act, the NTSB must carry out a number of duties that benefit family members following a plane crash. For example, the NTSB must:

Statute of limitations for aviation accidents in Minnesota

Plane crash victims and their families only have a certain amount of time to file a lawsuit in Minnesota. In most cases, this time limit is 2 years from the date of the crash.

Failing to file a claim within this time period will result in the claim being permanently barred.

There are some exceptions that may limit or extend the 2-year statute of limitations, so it’s a good idea to talk to an attorney as soon as possible following a plane crash to ensure that your legal rights are protected.

Ready to sit down with an attorney to discuss your plane crash claim? Schedule a free initial consultation with an experienced plane crash attorney near you using our free online legal directory.