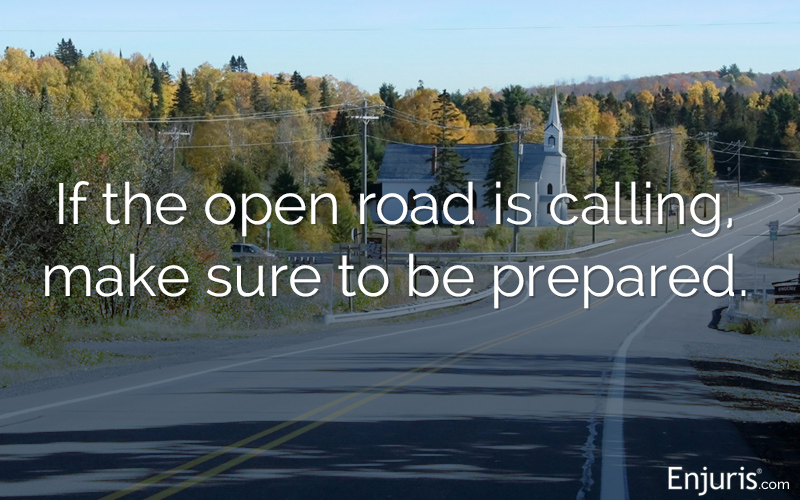 Not everyone in Massachusetts lives in Boston.

But the City of Boston uses automated technology to collect data on how many people use biking as transportation. The city also has a shared bike system that residents and visitors have used for more than 11 million trips since the system launched in 2011.

Tragically, there were 4 bicyclist fatalities in the Commonwealth of Massachusetts in 2018, which was significantly fewer than the 12 reported in 2017.

Here are some other statistics about Massachusetts bicycle fatalities from 2014-2018:

Bicycling has become increasingly popular in recent years. There are many possible reasons for this trend, including the emphasis on fitness, environmental considerations, and trends toward work/life balance. These and other factors have encouraged people to get out on bikes more than they did a decade ago.

The People Powered Movement, which is a nonprofit organization that advocates for bicycle and pedestrian transportation, reports that although there are fewer bicycle accidents, there has been an increase in fatalities in recent years.

But, wait, that doesn’t make sense!

The way PPM explains it, communities have worked hard to add safety features for bicyclists such as bike lanes, protective medians, and education campaigns. But more bicyclists also can mean more inexperienced bicyclists. PPM attributes the increase in fatalities to these issues:

PPM ranked Boston as the second safest city for bicyclists, based on the number and severity of bicycle accidents.

Tips for bicyclists to avoid crashes

Drivers have a responsibility to bicyclists, too

A driver has a duty to avoid harm and safely share the road with all road users — other drivers, bicyclists, and pedestrians.

Aside from generally safe driving, here are some practices drivers should engage in to avoid collisions with bicyclists:

Each bicyclist needs to ride safely and follow best practices, and drivers should pay attention to bicyclists and drive cautiously around them, too. But cities and towns also have a role in reducing bicycle accidents.

A local government can:

Any person age 16 or younger is required by law to wear a properly fitted bicycle helmet.

It’s legal to ride a bicycle on the sidewalk in Massachusetts, except in certain areas of the city, or where banned by a municipality.

Massachusetts requires a white front light on a bicycle from 30 minutes after sunset to 30 minutes before sunrise, along with a red rear light reflector or reflectors on pedals or on the rider’s ankles.

In general, a bicyclist has the same rights and responsibilities as a motorist.

Here are 8 state regulations specific to bicyclists in Massachusetts:

Liability for a Massachusetts bicycle accident

Massachusetts follows a modified comparative negligence standard of law. If you have to file a lawsuit (for any personal injury in Massachusetts), you can recover for your injuries only if you’re less than 51% at fault. If your allocation of fault is 51% or higher, then you can’t recover any damages.

If you’re 50% or less at fault, the amount of your damages would be reduced by your percentage of fault.

In other words, you have the right to recover damages if you were injured in a bike accident with a car or other vehicle, as long as you were 50% or less at fault.

A cyclist isn’t required to have “bike insurance” in Massachusetts. However, if you’re an avid bicyclist, you might wish to consider purchasing additional riders on your automotive insurance policy if you have one. If you’re injured by a driver who is uninsured or underinsured, you can make a claim to your own insurance policy to cover costs for medical bills and other financial losses.

Enjuris tip:It’s a good idea for a bicyclist to have uninsured and underinsured motorist coverage on their insurance policy, along with Med Pay (for medical payments). Even insured drivers often have only the minimum required coverage and it might not be enough if you’re seriously injured.

If you don’t own a car but you live in a household with a family member who does, you might be able to make a claim on their uninsured or underinsured insurance policy if they have a household policy.

What if you don’t own a car, and neither does your household?

Then you’d be in the same position as lots of people in Massachusetts. Especially in urban areas or areas that are typically vacation communities, you might not ever need a car. If you’re injured while riding a bike and you don’t have auto insurance, you can be covered under your regular health insurance, with some exceptions like certain employer-funded plans and plans like Medicaid or Medicare.

When to file a personal injury lawsuit

If the amount of your medical costs is $2,000 or higher, or if you have a broken bone, head injury, or another serious injury, you can file a personal injury lawsuit against the liable party.

That depends on the circumstances of your accident. It might be a car or truck driver, a pedestrian, or another bicyclist.

It could also be the result of a property defect. For example, if you were injured because of a pothole, poor signage, or another hazard on the road that should’ve been remedied, you might have a premises liability lawsuit. The complicating factor is that usually, a roadway is maintained by a government agency — either state or local.

Filing a lawsuit against a government agency

Suing a government agency is procedurally a little different from a lawsuit against a private person or company in a couple of ways.

First, while a regular personal injury lawsuit in Massachusetts has a 3-year statute of limitations (the amount of time you have from the date of the injury to file a lawsuit), you must file a notice of claim against a government agency within 30 days of the accident. You also must make an official claim within 2 years.

Once your written damage claim is approved, you can file an official complaint.

Enjuris tip: There are additional procedural issues associated with claims against a government agency in Massachusetts, so your best bet is to consult a lawyer for assistance.

Filing a lawsuit against a driver, pedestrian, or bicyclist

If you need to file a lawsuit after exhausting your insurance options, you’ll need to know who was liable and prove that their negligence caused your injury.

Here are some tips for a successful lawsuit:

You can be entitled to receive damages for medical treatment, pain and suffering, lost wages or future earning capacity, property loss, and other related costs. Especially if your injuries are severe or long-lasting, or if they will require ongoing or future treatment, your lawyer is the best person to determine how much your demand should be.

You can use the Enjuris law firm directory to find a Massachusetts lawyer today who can help you receive the compensation you need following a bicycle accident.