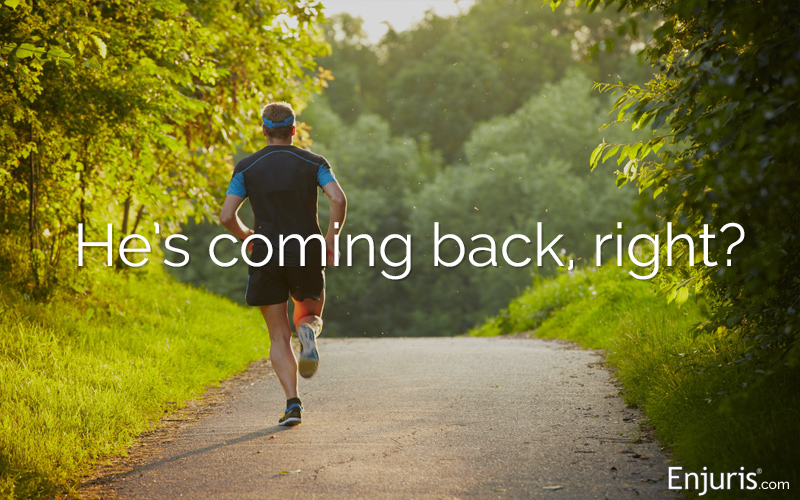 What to do after a hit-and-run accident

A hit and run occurs when a driver hits another vehicle, person, or piece of property and flees the scene without stopping to provide their personal information.

All states have laws imposing penalties for committing a hit and run. In Illinois, the penalties range from small fines to lengthy prison sentences depending on the circumstances of the crash.

Here's what you need to know if you're the victim or the perpetrator of a hit-and-run accident in the Prairie State.

Chicago is the largest city in Illinois. With a population of over 2.5 million, hit and run in the Windy City is among the highest in the state.

What makes an accident a hit-and-run in Chicago?

In Chicago, and throughout Illinois, a driver is required by law to remain at the scene of a car accident until all involved parties have exchanged information and the accident is reported to the police. If you fail to do this, you can be charged with either a misdemeanor or a felony.

Failure to stop and provide information results in a Class A misdemeanor if the accident resulted in only property damage. Penalties increase with the severity of the accident up to a Class 4 felony if the crash results in a fatality. This would mean 1-3 years in prison, a fine up to $25,000, and license revocation. Failure to report the accident to the police is a Class 1 felony punishable by imprisonment of 4-15 years, along with a fine up to $25,000 and license revocation.

According to research conducted by the AAA Motor Club, a hit-and-run crash occurs every minute in the United States. 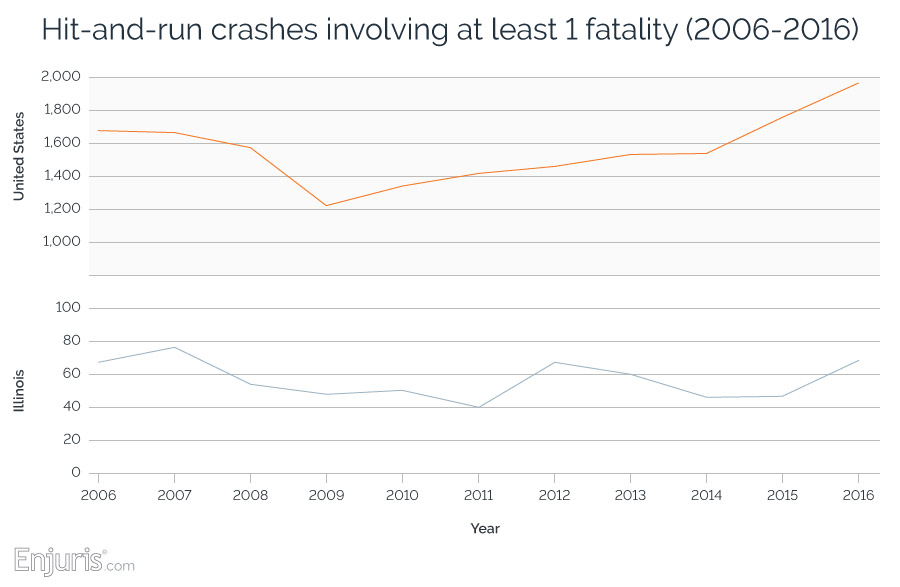 The Illinois laws concerning hit-and-run accidents can be found in the Illinois Vehicle Code. Here's what you need to know:

In Illinois, the driver of any vehicle involved in a motor vehicle accident that results in injury or property damage is required by law to:

Do I have to report the crash?

Illinois law requires you to file a written report if the accident you were involved in resulted in:

The report form is generally provided at the scene by the responding officer. However, the form can also be obtained at any police station or sheriff's office. The form should be filed online or by mail as indicated on the form within 10 days of the accident. Failure to file an accident report within 10 days of the accident could result in the suspension of your license.

Penalties for a hit and run in Illinois

The penalties for a hit and run depend on the circumstances surrounding the accident, including the nature of the damages caused.

Why wouldn't a driver stop?

There are many reasons why a driver might flee the scene of an accident. Some of the more common reasons include:

In addition, a driver might flee the scene because they didn't realize they were involved in an accident (or that someone was injured).

The defendant was driving a commercial truck when he drifted out of his lane and struck a pickup that was stopped on the shoulder. Jose Ibarra was standing next to the driver's side of the pickup truck and struck by the defendant's vehicle. He died almost immediately.

A witness who saw the accident contacted the police and provided the defendant's license plate number. When apprehended by the police, the defendant admitted to falling asleep and drifting out of his lane, but stated that he thought he hit a road sign or mile marker. He denied knowing that he hit a pickup truck.

The defendant was arrested and charged with a felony for failing to stop after an accident involving death. The sole issue on appeal was whether the charge required the State to prove that the defendant knew that he was in an accident with another person.

Ultimately, the Court of Appeals held that the State must establish that the defendant knew that a person was involved in the accident. The court ordered a new trial in which the State could attempt to prove this element.

What should you do if you're the victim of a hit and run?

If you're injured in a car accident, the first emotion you probably feel is fear — fear that you or someone else is injured. If you're the victim of a hit and run, this fear is quickly joined by feelings of frustration.

How could someone run from this?

Try to remain calm and take the following 3 steps:

How do I recover damages after a hit and run?

Hopefully, the police (or your lawyer) will be able to track down the fleeing driver. If the driver is found, you can file a claim with their insurance provider or file a personal injury lawsuit against them.

Even if you never find the driver, your insurance policy may still provide coverage.

Examples of optional coverage that might cover hit-and-run damages include:

An attorney can help investigate a hit-and-run accident and make sure you receive the damages you deserve. Use our free online directory to find an experienced personal injury attorney in your area.