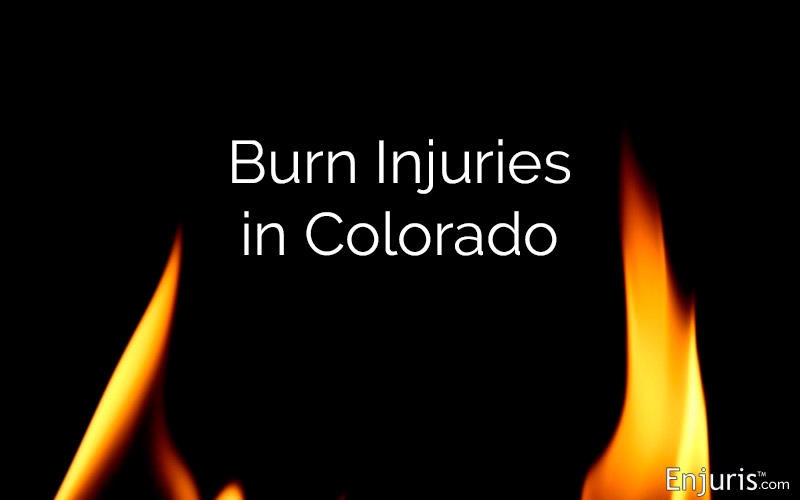 What legal options do you have if you're burned in an accident?

Table of Contents + show
What legal options do you have if you're burned in an accident?
Elements of a burn injury lawsuit in Colorado
How and where the burn happened
Possible compensation in a Colorado burn injury case
Wrongful death after a burn injury
Talking to a lawyer
Resources to help you hire the best Colorado personal injury lawyer
Burn injuries can range from a small area of skin to your entire body, leaving you in terrible agony. The latter is what we call a “catastrophic injury,” and it can leave you scarred, disfigured, or worse. Learn more and reach out to a Colorado lawyer right here.

What’s the largest organ in your body? Your skin. It might seem like a trick question (and then there’s that joke kids say once they learn a few anatomy terms – “Hey, cover up! Your epidermis is showing!”), but our skin is the envelope holding in all of our vital, fragile organs. Serious burns can range from mild to agonizing, and even leave you dead.

If the burn was caused by someone’s carelessness, you might have the opportunity to sue for negligence, or (if the worst happened) your estate can sue for wrongful death.

The pain and suffering of burns is not something juries take lightly, and legal settlements resulting from them can be substantial. If you are suffering from severe pain and have significant medical bills, this should be an option you consider. However, Colorado has various legal quirks that we must discuss.

It can be difficult to determine how much a burn injury settlement might be beforehand. Factors that can affect the verdict could be:

Since the pain and suffering surrounding burn victims is generally much higher than that of other victims, higher settlements are usually the result. However, it can be a long road to get there.

Elements of a burn injury lawsuit in Colorado

Burn injuries are typically negligence lawsuits – talk to a lawyer. Tweet this

How and where the burn happened

At the risk of sounding insensitive, how and where a burn occurred will most certainly affect a plaintiff’s potential settlement. Was it the victim’s face that was disfigured, or was it his arm? Will he never feel comfortable taking off his shirt again? Or was it something that can be easily hidden?

Additionally, the jury will look at the physical location of where the burn occurred and whether it was foreseeable. The following are places where burns might happen:

Burn cases also have inner complexities that will affect potential rewards, such as whether it took place at work – if it were potentially avoidable, a jury may not feel a reward is judicious, even if there are significant medical bills. However, if it were because of an employer’s failure to follow OSHA regulations, then the value might go up again. It’s all a gamble.

If you can establish that you have been burned because of an individual’s or company’s negligence, then Colorado law will allow you to be compensated for:

There are damage caps in Colorado. For pain and suffering, the amount is $250,000 plus inflation, unless there is clear and convincing evidence for an exception or permanent damage. There is a total cap at $500,000.

Of course, like with everything else, there may be certain exceptions.

Wrongful death after a burn injury

There is also the option of filing a wrongful death suit if a loved one has passed away because of a burn injury.

The statute of limitations for a wrongful death suit is two years from the date of death, though this can be “tolled,” or postponed, under certain circumstances.

As wrongful death claims are brought in civil court, they are resolved solely through monetary means. Unfortunately, non-economic damages also have caps. Damages include, but are not limited to:

Colorado does allow for punitive damages if the defendant’s actions were considered to be willful or reckless.

The other important consideration in a wrongful death claim is whether the defendant has an insurance policy or access to money. If not, there might be no way to make them pay for what they did. This would be a question for an attorney.

Talking to a lawyer

If you need some assistance through this difficult process, read some of the resources below and speak with some of Enjuris’ Colorado attorneys, who are well versed in this area. They will be able to help you.