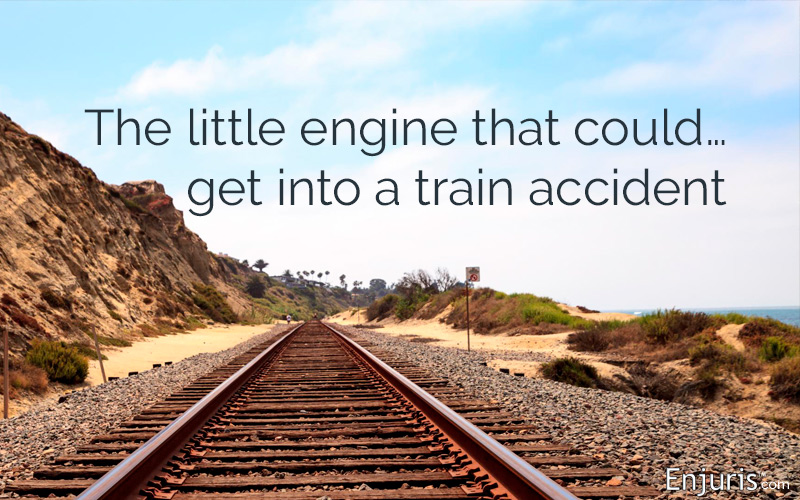 Table of Contents + show
Federal railroad regulations affect how a personal injury case proceeds after a train accident
Types of railroad accidents
Causes of train accidents
How to prevent train crossing accidents
Who’s liable in a train accident?
The Federal Employers Liability Act (FELA)
Damages for a railroad injury
What to do after a train accident
Many train-related fatalities are preventable. Few accidents involve trains colliding with other trains — most are because a motorist or pedestrian is on the tracks and the train can’t stop in time. Here’s how to stay safe around railroad crossings and what to do if a California train accident happens. 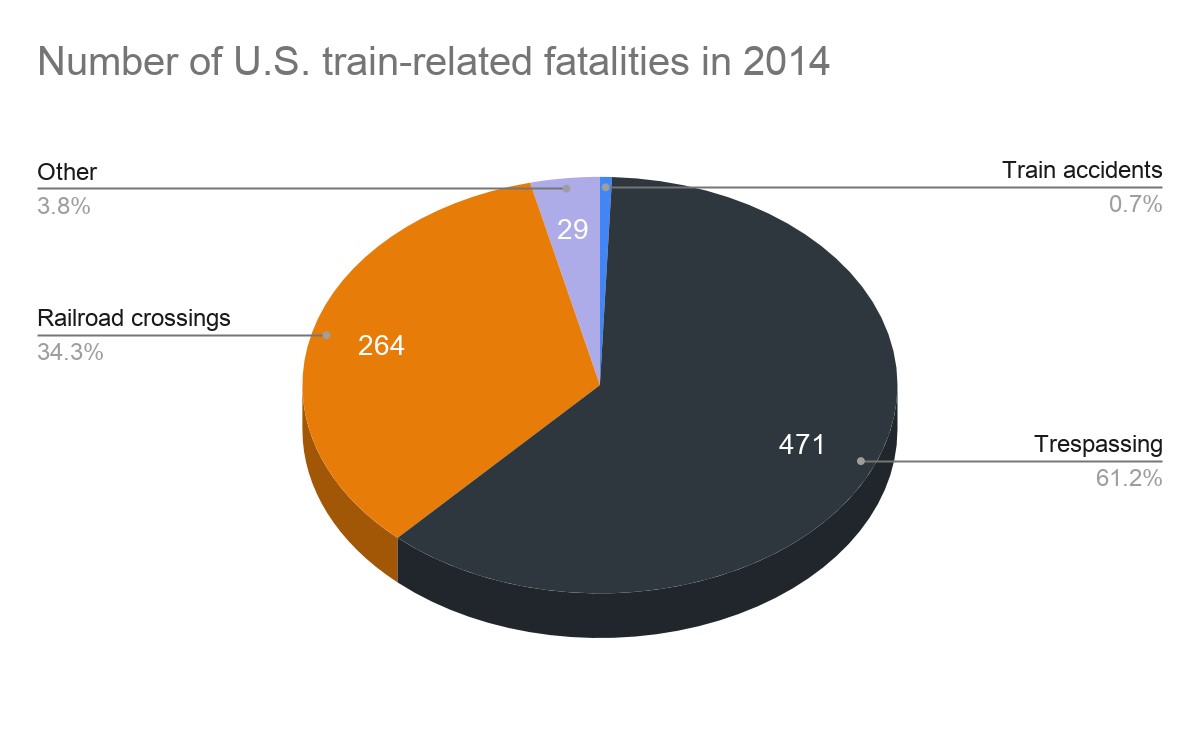 More than 11.6 million people boarded an Amtrak train in California in 2018. The average trip was 136 miles, and the vast majority of travelers were coach/business class.

While Amtrak is primarily used for inter-city travel, California has several commuter train agencies, including:

Facing factsTrain travel isn’t just for tourists or commuters. The Bureau of Labor Statistics (BLS) reports that there are more than 230,000 Californians employed in the rail transportation industry.

Since train travel is so popular, convenient, and ubiquitous, there’s a good chance you’ve traveled by train before—or will at some point. Although it’s a safe and efficient way to travel, accidents do happen.

The FRA investigates any train accident that results in a fatality or serious injury, and most accidents or incidents that result in any injuries.

The 6 most common causes of train accidents are:

If you lived in or near California at the time, you likely heard about the catastrophic 2008 Chatsworth train collision.

On a Friday afternoon in September 2008, a Union Pacific freight train collided head-on with a Metrolink commuter train in the Chatsworth section of Los Angeles on a curved section of single track on the Ventura County line.

The crash resulted in 25 deaths and 135 injuries, which made it the deadliest accident in Metrolink history.

How to prevent train crossing accidents

If you’re not a regular train traveler or worker, you’re most likely to encounter trains at crossing points.

Here’s how to protect yourself from a train accident at a crossing:

Who’s liable in a train accident?

A train is a common carrier, which is any entity that carries people or property from one place to another. A railroad company like Amtrak or a commuter train has a duty of care as public transportation to keep its passengers safe.

If you’re injured as a passenger in a train accident in California, there could be a lot of factors that determine whether the railroad company was at fault. The railroad company has the responsibility to ensure that the train and tracks are maintained properly and that any employees like conductors or engineers have the correct training and experience to manage a train.

But there are other parties who might have contributed to the accident.

Federal regulations limit the number of hours a train operator or engineer may work. This is to ensure that train personnel are getting an adequate amount of sleep in between shifts and can perform at their best capacity while operating a train.

Even so, sometimes people are pushed past their limits. Fatigue is a big problem in the train industry, as it is in trucking, medical services, and other demanding professions. Often, a train driver must work a long shift in order to get a train turned around and back to the correct starting point for a new run.

Some train operators don’t follow the regulations for shift hours, and that can lead to problems like a train engineer falling asleep on the job.

The Federal Employers Liability Act is a law that protects railroad workers injured on the job. If you’re an employee of an interstate railroad company, you’re not covered by workers’ compensation like most other workers in California.

Instead, an injured railroad worker needs to file a lawsuit under FELA. The lawsuit would need to show that the railroad was negligent, and that the negligence caused the worker’s injury.

A railroad can be found liable for a worker’s injury if:

Damages for a railroad injury

Enjuris tip: “Damages” is the legal term for money you receive to compensate you for costs associated with physical or emotional injuries, lost property or other financial losses.

In a train accident injury claim, you can seek damages for:

If you’re the survivor of a family member who died in a train accident, you can file a claim under the California wrongful death law.

The damages for wrongful death in California include:

Enjuris tip: California doesn’t allow punitive damages in a wrongful death action. However, some wrongful death actions are filed with a “survival” cause of action. That’s a lawsuit brought by a survivor on behalf of the victim’s estate to compensate for the deceased person’s losses (their losses, not the surviving family’s losses).

You may claim punitive damages in a survival cause of action.

What to do after a train accident

Once you’ve either received medical treatment or are in the process of recovering from your injuries, you’ll want to find a California personal injury lawyer.

A train accident is much more complicated.

Since there are so many parties involved, and some might be government agencies, a lawyer is best-suited to navigate the regulations and specifics involved in a railroad claim.

Enjuris tip: It’s best to avoid talking with any of the insurance companies that might contact you after a train accident. They’re trying to settle claims fast, for as little cost to themselves as possible, and often trying to quell media attention if it’s a serious or highly-publicized accident. In other words, they want to reduce their risks of legal claims and make the situation “go away.”

The best approach is to find a California train accident lawyer and let them handle the insurance companies. Your lawyer will understand the process, know the relevant laws, and is a trained negotiator. They’ll help you to recover what you deserve following an accident, and you can focus on your physical and emotional recovery.