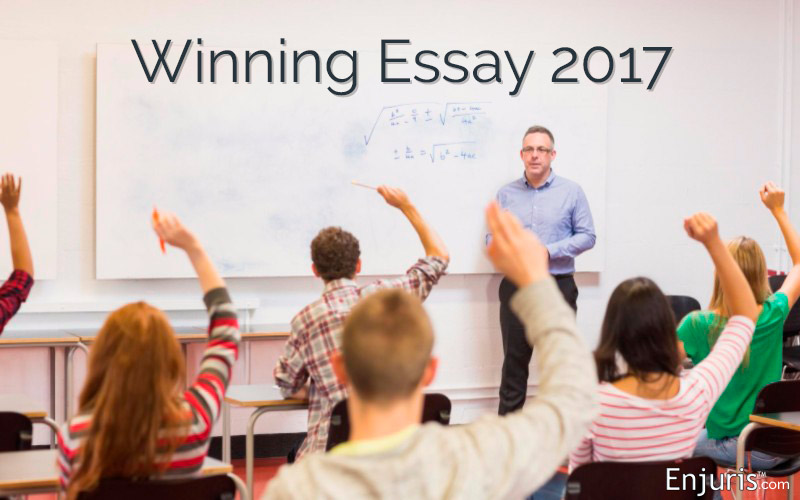 We carefully evaluated 50 entries for this year’s Scholarship essay contest. Picking just one winner was tough; there were a lot of thoughtful answers. In the end, the essay we selected stood out from the rest based on the argument presented and quality of writing.

We would like to present to you the 2017 winning essay, submitted by Pepperdine master of fine arts student Andrew Hasselbring. Thank you and best wishes for the 2017-18 academic year, Andrew!

Do you think that cell phone manufacturers should be held responsible for distracted driving?

It is rare these days not to be “plugged in,” whether we are at home, at work, in the car, or even at a restaurant.  As a result, information travels quickly, communication is near-instantaneous, and we hold the power of a computer right in the palm of our hands. Flat tire? Reach AAA through their app without ever even having to exit your vehicle. Lost at night in an unfamiliar neighborhood? Use your GPS. In many ways, our safety is enhanced by cell phones. The advent of cell phone use, and the development of the smartphone in particular, has been life-changing. Obviously, though, their use comes with a cost.  If we are available 24/7, is it possible to give our full attention to anything that we are doing?

According to the National History Traffic Safety Administration, distracted driving was responsible for 3477 deaths in 2015. Of course, this includes many different types of distractions, so just how significant is the effect of cell phone use specifically while operating a vehicle? CNN says that reading one text of average length has approximately the same result as driving with your eyes off of the road for the length of a football field at 55 mph. Now, as states are beginning to regulate the use of mobile phones (and texting in particular), the effects of distracted driving are being examined more thoughtfully than ever before. In an attempt to curb the negative side-effects of this remarkable technology, we look to all possible solutions. Should we fine drivers whether or not their driving is affected by mobile devices? Should Bluetooth devices be compulsory for all cell phone use? Should we now look to the manufacturers to accept responsibility, in part, for distracted driving and the risks that it presents?

The short answer to that question is no. We cannot hold a manufacturer responsible for user error. When devices are developed to be used in a safe way, and when accessories like hands-free earbuds and speak to text functions are available (and have been developed by those same manufacturers to provide safe usage alternatives), we cannot hold them accountable for the reckless disregard of safety by their customers. Tobacco companies have long been held accountable for the addictive qualities of their products, but that is because its use was unregulated and the health risks were known and concealed. That is clearly not the case with cellular phone usage and the risk of distracted driving. As a matter of fact, some companies like Apple have even begun software development to mitigate possible distraction. The company announced in June of this year that the IOS 11 software update will be enhanced with a “Do Not Disturb While Driving” (CNDWD) setting that will trigger a sleep mode that blocks all apps and text messages. The setting will use the phone’s Bluetooth and Wi-Fi devices to determine when you’re driving and send an auto-generated communication to anyone trying to get in touch with you that you are driving and can’t respond right now. Although newly developed, surely other companies will follow in Apple’s footsteps and this type of feature will become the norm.

We can no more expect cell phone manufacturers to be responsible for distracted drivers than we can ask computer manufacturers to be responsible for the actions of hackers or car manufacturers to be blamed for speeding drivers. Rather than try to shift accountability from the user to the developer, it makes more sense to educate the public and insist that technology be used responsibly. Like most good things in life, cell phones can transform our lives in either a positive or a negative way, depending on the ways that we choose to use them. Surely those choices will be wiser and considered far more carefully when we know that we will be held accountable for them.

About the author: Andrew Hasselbring 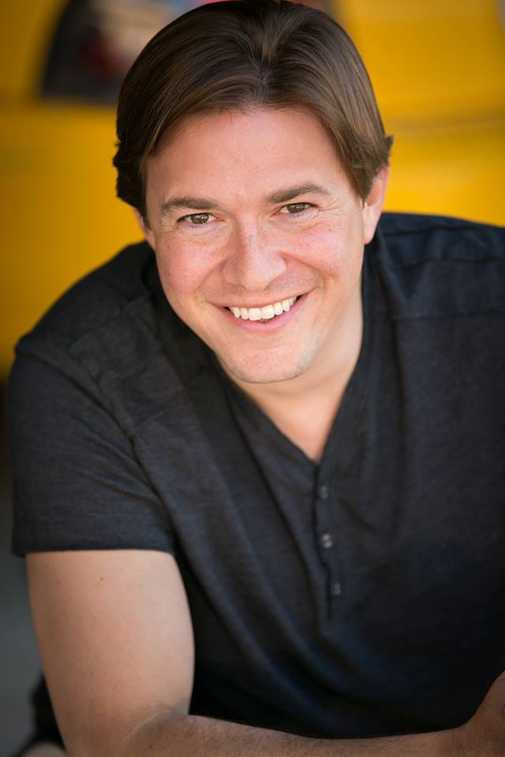 Raised in the Midwestern United States, Andrew returns to the west coast this fall to begin the Screenwriting program at Pepperdine University. A 15-year veteran of stage and screen, Andrew has worked extensively throughout the United States and Europe as an actor, fight choreographer, and event host.  He is a member of the Thousand Oaks Repertory Corporation and the Little Fish Theatre Company, and currently serves as Artistic Director for the Gramercy Artists Theatre Ensemble and Common Man Stories.

An award-winning director and performer, Andrew's extensive Shakespearean resume includes tours and extended engagements as Benedick (Much Ado), Petruchio (The Taming of the Shrew), and Kent (King Lear).  He appeared as Charles in the Neil Patrick Harris smash hit Delusion, Dennis in Loot, George in Of Mice and Men, and as Bob Cratchit in A Christmas Carol at the Shear Forum.  His television credits include appearances on TNN, PBS, Fox, and the History Channel. His directorial credits include Jason Robert Brown’s The Last Five Years, Guys and Dolls, Romeo and Juliet, Selling Love, and the acclaimed world premiere of Dark Heart of Poe at the Simi Valley Cultural Arts Center.

The A Thicket of Tales series, published and produced by New Ground Sound, is Hasselbring’s first children's offering.  A father of two, the collection was inspired by his own children and their love for stories, people, and adventure.

As a public speaker and live events representative, Andrew has been privileged to host fundraisers and galas to benefit Heifer international, Doctors Without Borders, and Operation Smile, in addition to other philanthropic organizations.  He serves on the boards of two non-profit arts educational organizations and he relishes the opportunity to live and work in beautiful Southern California where he can raise his children in a city with such a thriving artistic community. Learn more here: www.adhasselbring.com